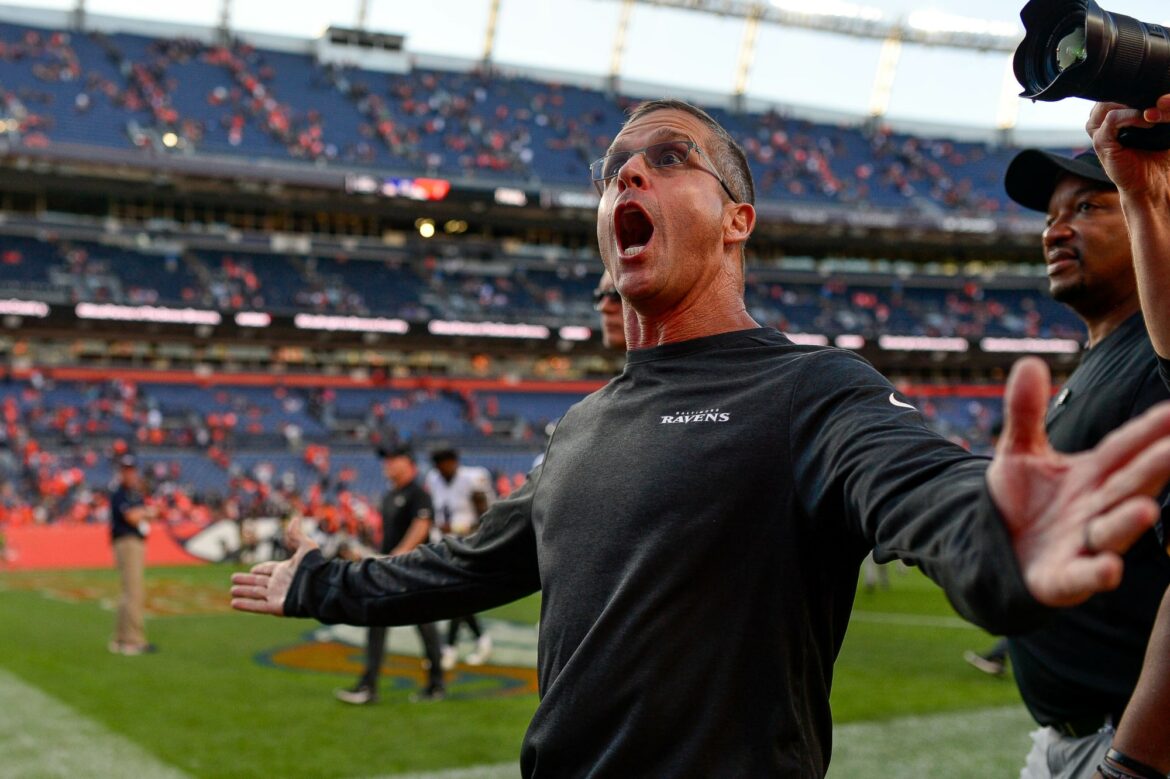 Taking a knee in a blowout is often seen as a courtesy to the losing team — but it’s not something the Ravens were going to do when an NFL record was on the line.

In the last play of the game, the Ravens opted to run rather than kneel in the brutal 23-7 blowout at Mile High. The Ravens needed just three yards to tie an NFL rushing record, and Lamar Jackson managed five to make NFL history.

The Ravens now hold a streak of 43 consecutive regular-season games with 100 rushing yards, which ties the 1970s Pittsburgh Steelers. Despite the streak, the Broncos weren’t happy with how the Ravens ended things. Broncos players and coaches were reportedly “livid” with Harbaugh’s final call.

But Harbaugh stood firmly by his decision, firing back at the Broncos for their emotional reaction to losing a game that was out of reach.

And final Harbaugh: “Throwing the ball in the end zone with 10 seconds left? I don’t know that there’s a 16-point touchdown that’s going to be possible right there. That didn’t have anything to do with winning the game.”

Without knowledge of the record, even Ravens quarterback Lamar Jackson was shocked by Harbaugh’s decision to run, simply because of the unsavory reputation awarded to teams who refuse to win gracefully.

“I don’t know what he was thinking,” Jackson said when Harbaugh made the call. “I thought we would take a knee and he said, ‘No, we’re going for it.’ The game was put away.”

Aside from firing back at Fangio, Harbaugh elaborated on why this call was so important to his team.

“That’s one of those things that’s meaningful. It’s one of those things that as a head coach, you’ve got to be mindful of your team and your players and your coaches and what it means to them. It’s a very, very tough record to accomplish and it’s a long-term record. As a head coach, I think you do that for your players and for your coaches and it’s something they’ll have for the rest of their lives.”

The game was also historic for Jackson’s passing stats: it was his first game with over 300 passing yards since his 2019 season opener. That game would be the first in a 2019 campaign that culminated in the prestigious NFL MVP award.

This is the second time the Ravens have marked NFL history books this season, the first time being Justin Tucker’s record-breaking 66-yard field goal that defeated the Detroit Lions in Week 3.