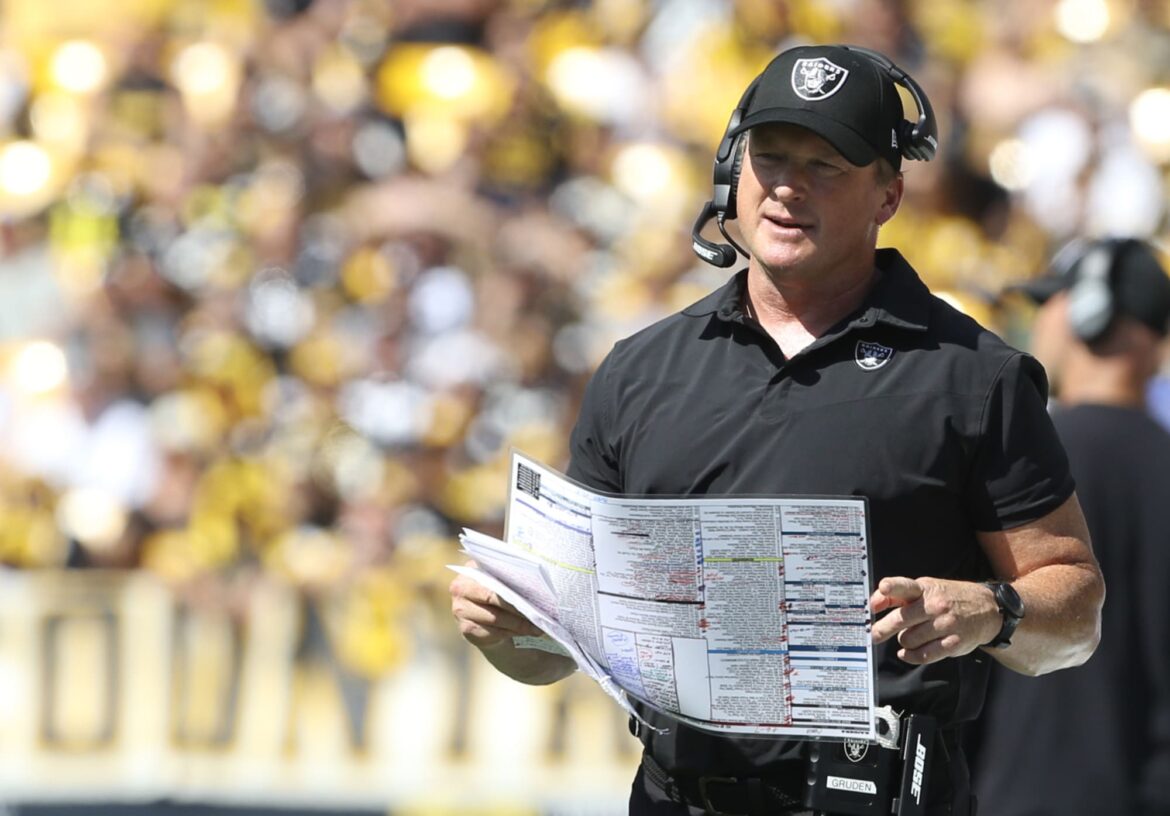 Everything you need to know about the Jon Gruden emails scandal and why the Las Vegas Raiders coach resigned on Monday night.

Shortly after the New York Times article was published, Gruden announced his resignation as head coach of the Raiders, ending his second tenure with the organization after a little over three years.

What did the Jon Gruden emails say?

According to the New York Times article, Gruden “denounced the emergence of women as referees, the drafting of a gay player and the tolerance of players protesting during the playing of the national anthem.” These emails spanned over several years during his time as an analyst for ESPN’s “Monday Night Football” and they were sent to then-Washington Football Team president Bruce Allen. The emails were uncovered in the NFL’s investigation into Washington’s workplace misconduct.

Among the disgusting comments made by Gruden were directed towards NFL commissioner Roger Goodell, calling him a “f—-t” and a “clueless anti football p—y.” He further took aim at Goodell, saying that he should not have pressured former Rams head coach Jeff Fisher into drafting “queers,” which is in reference to Michael Sam being selected in the seventh-round in 2014’s NFL Draft.

Gruden also made comments about players kneeling during the national anthem, saying in an email that former NFL player Eric Reid should be fired for demonstrating.

Ed Droste, co-founder of Hooters, sent a sexist meme of a female referee to both Gruden and Allen in an email, to which the now-former Raiders head coach replied, “nice job Roger.” Gruden also sent topless photos of women, one of the photos included two cheerleaders for Washington.

You can read the full article from the New York Times in the link above.