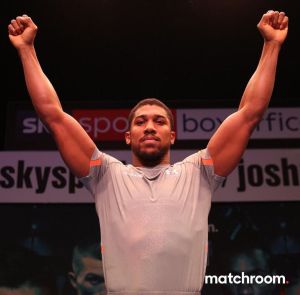 London is experiencing an atmosphere of party and boxing in the Anthony Joshua vs. Oleksandr Usyk fight week. The countdown to Saturday’s fight for the World Boxing Association (WBA) Heavyweight Super Championship has already started, and on Tuesday both boxers held media workouts.

As usual, the fighters posed for the cameras, did a gentle workout to fine-tune details before the fight, and had a bit of fun as the journalists tried to capture everything that was happening.

They both looked smiling and relaxed and expressed their confidence to get the victory and give a good show to the fans around the world who will have their attention focused on the fight, which will also put the IBF and WBO belts at stake.

Usyk also played with a small ball and sweat a bit with his characteristic charisma, eager to show that he can be a heavyweight champion.