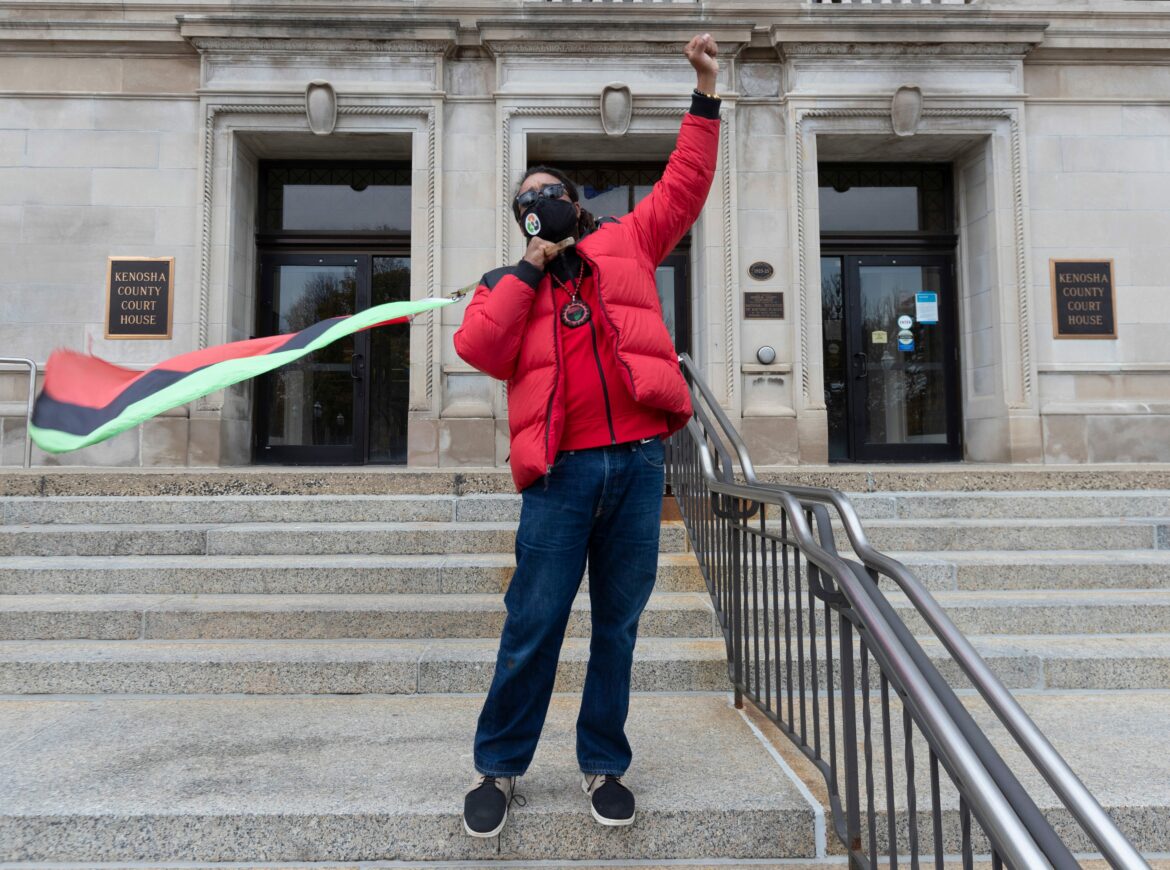 KENOSHA, Wis. – Jurors considering the fate of Kyle Rittenhouse in his murder trial decided to break Tuesday evening and continue their deliberations Wednesday morning over whether the teen should be held responsible for killing two people and injuring a third during police brutality protests in the summer of 2020.

Rittenhouse, then 17, shot the three men during a violent night in Kenosha in August 2020 following days of protest after a white police officer shot Jacob Blake, a Black man. Blake was paralyzed, and the officer who shot him was cleared of any federal or state charges.

Rittenhouse’s lawyers argued a self-defense case, and the 18-year-old took the stand to say he feared for his life that night. Prosecutors cast Rittenhouse as a vigilante who came to Kenosha looking for trouble and used unreasonable, excessive deadly force.

Here’s what we know.

In anticipation of the potential for violence after a verdict, Gov. Tony Evers sent about 500 Wisconsin National Guard troops to the Kenosha area to be on standby.

The troops would help the “hundreds of officers from volunteering law enforcement agencies” if they need assistance in case of unrest, according to Evers’ office.

Several small demonstrations occurred on the steps of the courthouse Monday as closing arguments continued. They continued Tuesday outside the courthouse as jurors deliberated. Those protesting chanted, “no justice, no peace” and held up signs.

“As of now, we really don’t have a lot of intel suggesting we’re going to have an issue down here,” said Sgt. David Wright, spokesperson for the Kenosha County Sheriff’s Department. “We’ve been working in contact with our local, state and federal law enforcement partners to ensure the safety of our community.”

“I’m sure it will be very nice to have that in place if we do need it,” Wright said. “But we’re not anticipating to have any issues down here. Everyone who has been down here has been very cordial and not really showing any signs of aggression or anything like that.”

Jurors will consider information from eight days of testimony from about 30 witnesses and more than a dozen videos from the night of Aug. 25, 2020.

Closing arguments stretched past 6 p.m. Monday, and Judge Bruce Schroeder sent the entire panel of 18 jurors home for the night. Six alternates were selected Tuesday by picking numbers from a tumbler. The remaining 12 then began deliberations, while the alternates are kept at the courthouse in case they are needed.

A few hours after deliberations began, the jurors asked for extra copies of the instructions they were given.

In addition to the homicide and attempted homicide charges, jurors will consider two charges of reckless endangerment. Rittenhouse fired two shots at an unidentified man moments before he shot Huber and Grosskreutz. A Daily Caller reporter who was at the scene where Rosenbaum was shot said a bullet whizzed past him.

The jury will be allowed to consider lesser charges on certain counts if they cannot unanimously agree.

Lesser charges jury can consider:Rittenhouse jury will consider some lesser charges in fatal shootings. Here’s what that means.

Schroeder on Monday dismissed a misdemeanor weapons charge Rittenhouse faced as a minor in possession of a firearm. The defense argued the charge couldn’t apply because of an exception in the law, which has to do with the length of the barrel or the overall length of the rifle. When prosecutors conceded the gun was not short-barreled, Schroeder dismissed the charge.

More on Judge Bruce Schroeder:Kyle Rittenhouse judge has gotten his share of criticism. Can a judge be removed from a case? Not likely.

How much prison time could Rittenhouse face?

If convicted of first-degree intentional homicide in Huber’s death, Rittenhouse would face a mandatory life sentence. The modifier of “use of a dangerous weapon” in the charge carries an additional five years of prison time.

Lesser charges the jury can consider are second-degree intentional homicide and first-degree reckless homicide, which both carry up to 60 years in prison.

The first-degree reckless homicide in Rosenbaum’s death carries up to 60 years in prison, plus five additional years for the “use of a dangerous weapon” modifier.

If convicted of attempted first-degree intentional homicide of Grosskreutz, Rittenhouse would face up to 60 years in prison, plus five years for the same weapon modifier.

The lesser charges the jury can consider are attempted second-degree intentional homicide and first-degree reckless endangerment charges, punishable by up to 30 years and up to 12½ years, respectively.

Each count of first-degree recklessly endangering safety, connected to the unidentified man and the Daily Caller reporter, carries up to 12½ years in prison, plus a five-year weapon modifier.

Defense says Rittenhouse was in Kenosha to ‘help’; prosecutors say he was an active shooter

During closing arguments Monday, lawyers presented starkly different interpretations of the evidence of the case.

Rittenhouse’s lawyer Mark Richards depicted him as a teen who wanted to “help the community” after nights of protest.

Assistant District Attorney Thomas Binger said Rittenhouse lied throughout the night about being an EMT. He brought a gun to “a fistfight” and created an active shooter situation after he killed Rosenbaum, Binger said.

“The defendant wants you to believe because he’s the one who brought the gun, he’s allowed to kill,” Binger said.

Richards focused on Rosenbaum as the catalyst of the night’s tragedies.

“He was a bad man. He was a rioter, and my client had to deal with him that night alone,” Richards said.

“Kyle was not an active shooter. That is a buzzword that the state wants to latch on to because it excuses the actions of that mob,” Richards said. “He reacted to people attacking him.”

Binger argued that in the Rosenbaum shooting, Rittenhouse had other options other than using his firearm. He could have fled or used the end of his gun, rather than shooting, Binger said.

“I’m glad he shot him, because if Joseph Rosenbaum had got that gun, I don’t for a minute believe he wouldn’t have used it against somebody else. He was irrational and crazy,” Richards said.

Binger leaned heavily on the videos, replaying them several times.

“The only imminent danger that night was Kyle Rittenhouse,” Assistant District Attorney James Kraus told jurors during the state’s rebuttal.