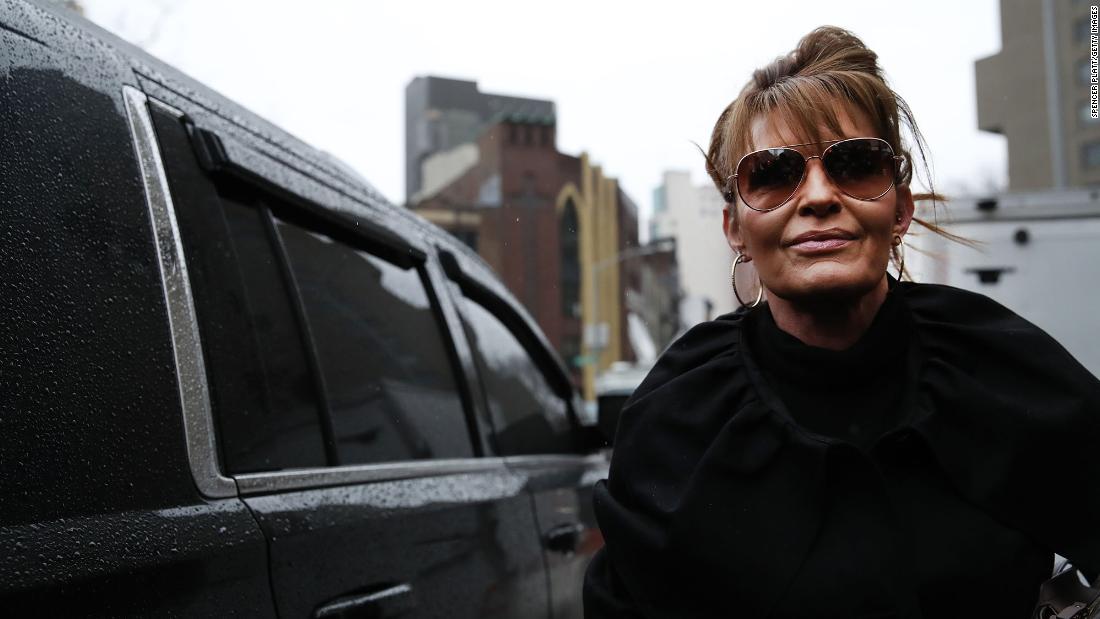 The lawsuit centers around an editorial that the Times published in June 2017, shortly after a shooting that left Republican Congressman Steve Scalise wounded.

The piece, entitled “America’s Lethal Politics” discussed the shooting that wounded Scalise, as well as the 2011 shooting that left former Arizona Congresswoman Gabrielle Giffords wounded and six others dead. The editorial implied that the man who shot at Giffords and others, Jared Loughner, was inspired by a map circulated by Palin’s Sarah PAC, writing at the time that the map “targeted electoral districts that put Ms. Giffords … under stylized cross hairs.”

The paper later issued a correction and edited the piece to say that the map “showed the targeted electoral districts of Ms. Giffords and 19 other Democrats under stylized cross hairs.”

“The map itself didn’t put cross hairs over Democrats themselves but over their districts,” said Shane Vogt, an attorney for Palin.

Palin is expected to testify in the trial.

Vogt alleged that a former New York Times editor, James Bennet, who was the editorial page editor at the time, “had a political narrative” and disregarded multiple articles that had been reported in the six years after Giffords was shot that showed there was no link between the map and what happened to her.

David Axelrod, an attorney for the Times, said in his opening remarks that the paper did apologize and corrected the editorial “the very next morning.”

“This wasn’t a political hit job,” Axelrod said. “The board wanted to caution both sides about violent, political rhetoric.”

Axelrod detailed the internal writing and editing process that took place just hours after the shooting wounded Scalise — saying multiple people reviewed the piece and no one saw inaccuracies.

“Evidence will show the Times and Mr. Bennet made a mistake. Evidence will also show this mistake was in no way intentional,” Axelrod said.

Axelrod said Palin’s attorneys will be unable to show that Palin was harmed by the editorial, which was not focused on her, and he said the paper decided to set the record straight “quickly” in multiple places, “so that as many people would see the correction as possible.”

Elizabeth Williamson, a reporter at the Times who — while on the editorial board — wrote the draft of the Palin editorial, became the first witness to take the stand in the case, testifying Tuesday afternoon after the opening statements had concluded.