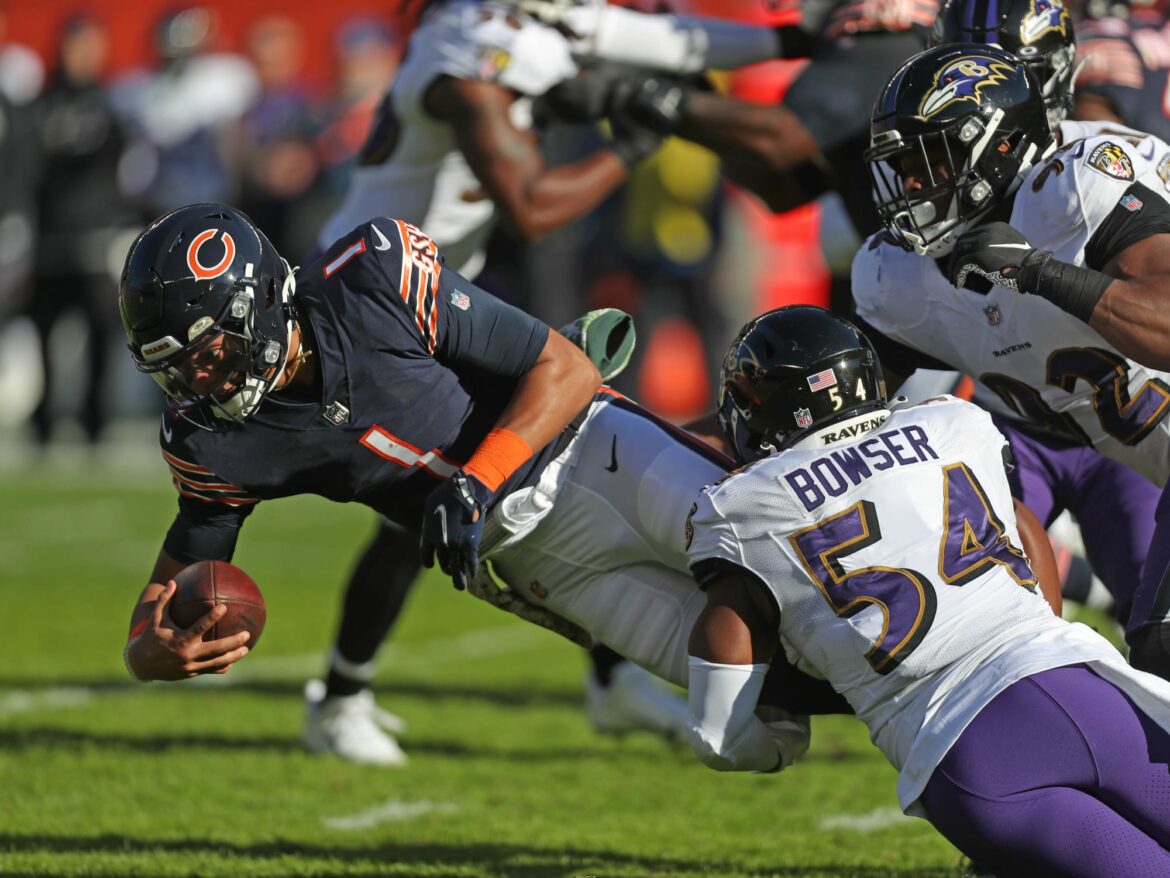 The Chicago Bears sent quarterback Justin Fields to the hospital to get his ribs and spleen checked out after a collision against the Ravens.

The Bears had a scare with rookie quarterback Justin Fields hurting the area around his ribs during Sunday’s loss to the Ravens.

Andy Dalton took over at quarterback while Fields had to be checked out by the training staff.

The question that now needs answering is how severe the injury is and how long Fields may have to miss.

According to Jay Glazer, Fields was sent to the hospital to get his ribs and his spleen checked out.

Justin Fields is not only getting his ribs checked at hospital but also his spleen, per @JayGlazer.

Bears fans got a bit of good news from social media. On Instagram, a friend of Fields’ posted a video of the quarterback laying down. He said the ribs were just bruised.

Bruised, not broken, ribs bode well for Fields and the Bears. Fields famously played through an injury to his midsection in the College Football Playoff, so there’s no question he’ll tough it out if he can.

However, the spleen question still looms large. If there is damage there it could result in missed time.

It’s not an ideal week for Fields to suffer an injury. Chicago has a quick turnaround with a Thanksgiving game scheduled against the Lions on Thursday.

If Fields isn’t able to suit up, Dalton will have to take the reins again.

Fields was 4-of-11 for 79 yards before he came out. He also rushed for 23 yards on four carries. Dalton threw two touchdowns with 201 yards in replacement of the rookie. He hit Marquise Goodwin for a 49-yard touchdown with 1:41 remaining. However, the Bears lost 16-13 after Devonta Freeman punched in a score with 22 seconds left.