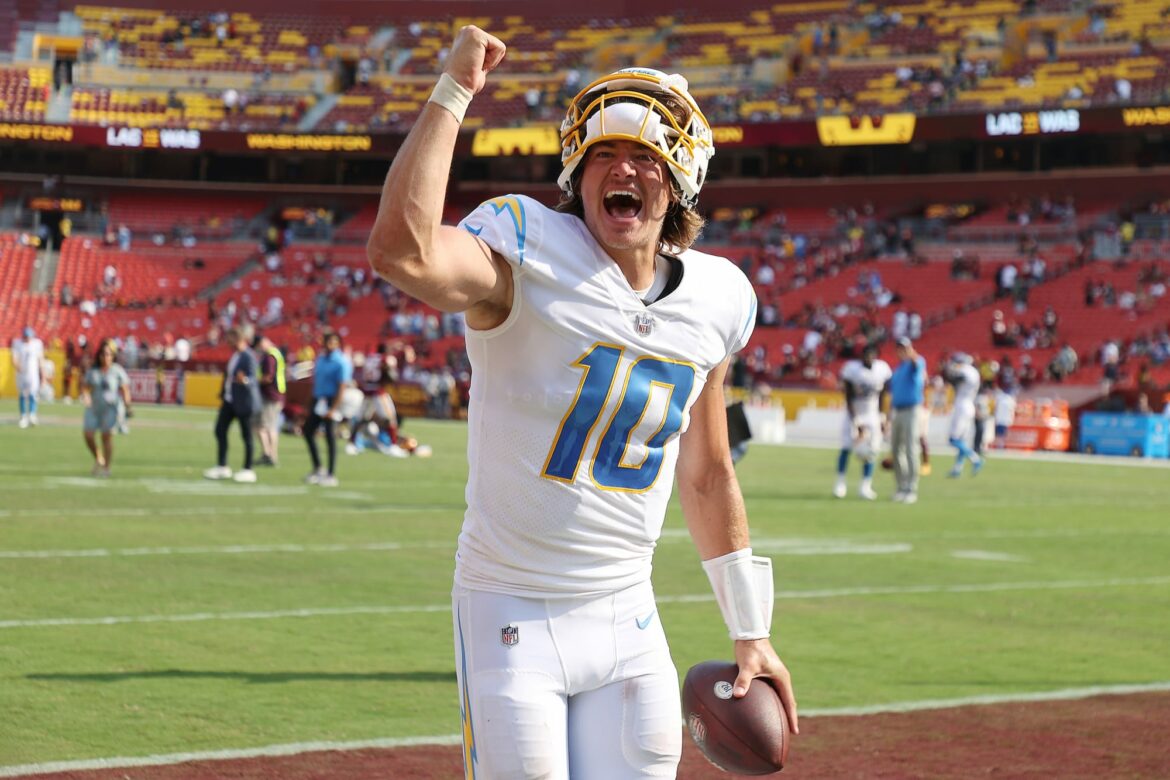 The NFL’s future announced itself to the world Sunday afternoon inside Arrowhead Stadium.

FanSided spoke to current and former coaches, executives, scouts, and quarterbacks to find out.

“Herbert’s arm and accuracy are already elite,” former NFL Executive of The Year Randy Mueller tells FanSided. “But he’s building confidence in both of those respects every week. Most importantly, his processing from the pocket to become an NFL passer has come very, very fast for him.”

Now 2-1 against Kansas City in his young career, Herbert is Pro Football Focus’ fifth-highest rated quarterback in the NFL, with an 84.3 overall grade and 83.9 passing mark. It would seem following the Chiefs’ meandering 1-2 start that so long as Herbert is behind center, the Chargers will be a legitimate threat to the Chiefs’ AFC West supremacy.

Those inside the league aren’t surprised that Herbert’s game has leveled up through the first three weeks of his second season.

“He was really good last season,” an AFC offensive coordinator tells FanSided, on the condition of anonymity to speak freely. “That entire coaching staff was fired, but he was really good, and they were really good on offense. It’s most more impressive that he’s taken this step with a new staff and system.”

The Chargers certainly hoped pairing offensive coordinator Joe Lombardi with defensive-minded head coach Brandon Staley would allow Lombardi to import the kind of success he helped Drew Brees attain in New Orleans. So far, the pairing of Lombardi and Herbert have delivered in spades.

“I think a big part of Herbert’s success is attributed to the improvement of the offensive line, Mike Williams evolving into a dominant red zone threat, and a very productive receiver opposite Allen, in a great scheme,” an AFC South scouting director tells FanSided. “So, the pieces all fit very well this year, and his maturation in year two has taken this group to the next level.

“I think Herbert always had the necessary skills, and traits, but the question was whether he could put it all together. He answered that in year one, and in year two, we’re seeing he’s nowhere close to done.”

Herbert enters Week 4 having completed 69.8 percent of his passes for 956 yards with six touchdowns against three interceptions. Most encouraging for the Chargers’ chances in the AFC gauntlet on the road to the Super Bowl is that Herbert seems to be getting better each week.

“The more time that goes by, the more he can distance himself from what the Oregon offense asked him to do,” Mueller says. “The better he’s going to get in the NFL.” 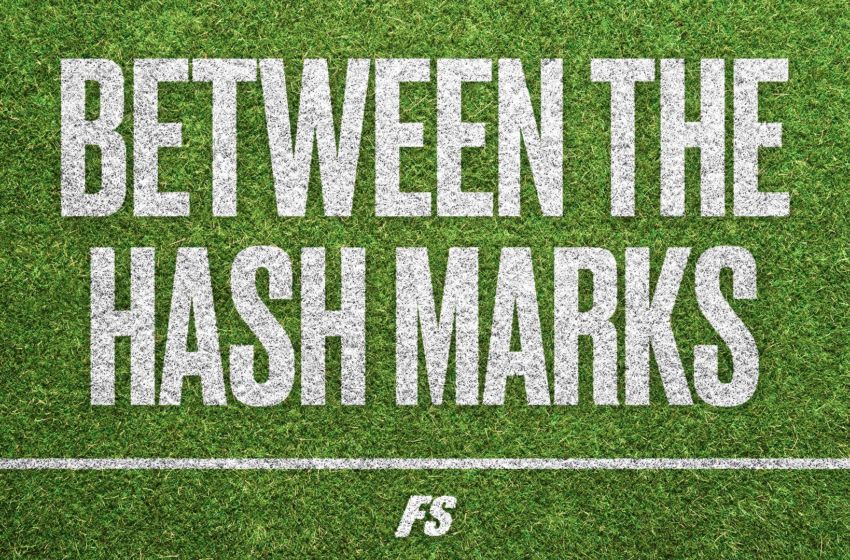 The Dallas Cowboys, against their bitter NFC East rivals, made an emphatic statement Monday night.

In Dak Prescott’s return to AT&T Stadium for the first time since shattering his ankle in Week 5 of last season, the Cowboys’ quarterback passed for 238 yards with three touchdowns, en route to a 143.3 passer rating in a 41-21 lambasting of the Philadelphia Eagles.

Enter Dalton Schultz, who might be the most gifted tight end nobody is talking about — yet.

Against the Eagles, Schultz caught a game-high six receptions for 80 yards, in the first two-touchdown performance of his career.

When Cowboys offensive coordinator Kellen Moore managed to scheme Shultz wide open in the softest of soft spots in the Eagles’ zone defense near the sideline, off a Prescott bootleg, the Stanford product flashed his playmaking ability after the catch to find pay dirt.

Dalton Schultz with his second TD of the game!

Earlier, Schultz got behind the Eagles’ secondary and hauled in a 19-yard touchdown from Prescott that showed how comfortable this duo is with one another.

Not only is Schultz among Prescott’s favorite targets, currently third among Cowboys’ pass-catchers, Prescott has a 146 passer rating when targeting Schultz so far this season.

“It all comes down to hard work by him,” an NFL offensive coach tells FanSided. “And coaching. He’s getting better every week.”

Here’s the rub; Schultz’s production is nothing new.

Schultz just gets lost in the national conversation — and in some ways by opposing defensive coordinators, because the Cowboys have so many explosive weapons.

Despite playing alongside a carousel of revolving quarterback mediocrity last season, Schultz still caught 63 passes for 613 yards and four touchdowns.

Put another way, since the start of the 2020 season, Eagles tight end Dallas Goedert has caught 54 passes for 656 yards and four touchdowns, Robert Tonyan has only 58 receptions for 652 yards and 12 touchdowns, while New York Giants Pro Bowler Evan Engram has just 65 catches for 675 yards and one touchdown.

Over that same span, Schultz has pulled down 77 receptions for 758 yards and six scores.

Not bad, for a “secondary” option in the Cowboys’ offense.

“If people actually went back and looked at Dalton’s numbers and compared them to others last year,” the coach says. “And looked at his overall production as a blocker, and a receiver, he should have been in the conversation to make the Pro Bowl.”

Schultz has the benefit of playing for a former quarterback as an offensive coordinator, and with Wells as his position coach, who oversaw Kaden Smith’s most productive season of his career, in 2019, when the Giants’ tight end caught 19 passes for 218 yards and three touchdowns.

If Monday night was a declaration to the rest of the NFL of just how dangerous the Cowboys’ offense can be if Moore and Prescott are able to consistently turn Schultz and fellow tight end Blake Jarwin into legitimate, game-altering weapons in the receiving game, it should also serve as a wakeup call to what the rest of us have been missing.

“How could you not be romantic about football?”

Six plays, including Rodgers passes of 25 and 17 yards to Devante Adams later, and Mason Crosby ran onto the field before splitting the uprights on a 51-yard game-winner, only the second-most impressive such field goal of the day.

According to WynnBET, the Tennessee Titans are 7.5-point road favorites at the New York Jets on Sunday afternoon.

Three weeks into the season, it would seem Tennessee getting quite literally ran out of their own building by Kyler Murray, DeAndre Hopkins, and the Arizona Cardinals feels like an aberration. And that Mike Vrabel has righted the ship. Over the past two weeks, Tennessee edged out the Seahawks in overtime, in Seattle, and ran away from their biggest AFC South threat, the Colts, 25-16 last Sunday afternoon.

Meanwhile, it’s getting more difficult to come with excuses to watch the Jets.

It’s almost impossible to envision the Jets winning this game outright, and it seems more likely the Titans win this game by 10-plus. Take the Titans and swallow the points.

The talent gap at quarterback between the NFC and AFC may never have been wider, and the implications for the next three-to-five years seem vast.

Among legitimate Super Bowl contenders on the AFC side of the bracket, five teams are led by quarterbacks under the age of 28; Patrick Mahomes (Chiefs), Josh Allen (Bills), Baker Mayfield (Browns), Lamar Jackson (Ravens), and Justin Herbert (Chargers). Plus, the two previous No. 1 overall picks in the NFL Draft, Joe Burrow and Trevor Lawrence call the AFC home.

Meanwhile, Matt Ryan is 36, Kirk Cousins is 33, and both face legitimate questions about their futures beyond this season.

Will the old guard of the NFC be able to outlast the young guns in the AFC this season?

Next season, the Packers must confront the Jordan Love uncertainty head on. Tom Brady [probably] can’t outrun Father Time forever. The Rams seemingly have a two-year window to maximize the twilight of Stafford’s prime.

Now more than ever, teams win or die by quarterback play. Giving a young gunslinger any advantage while keeping their wallet empty before a massive pay day might become the new NFL’s norm.