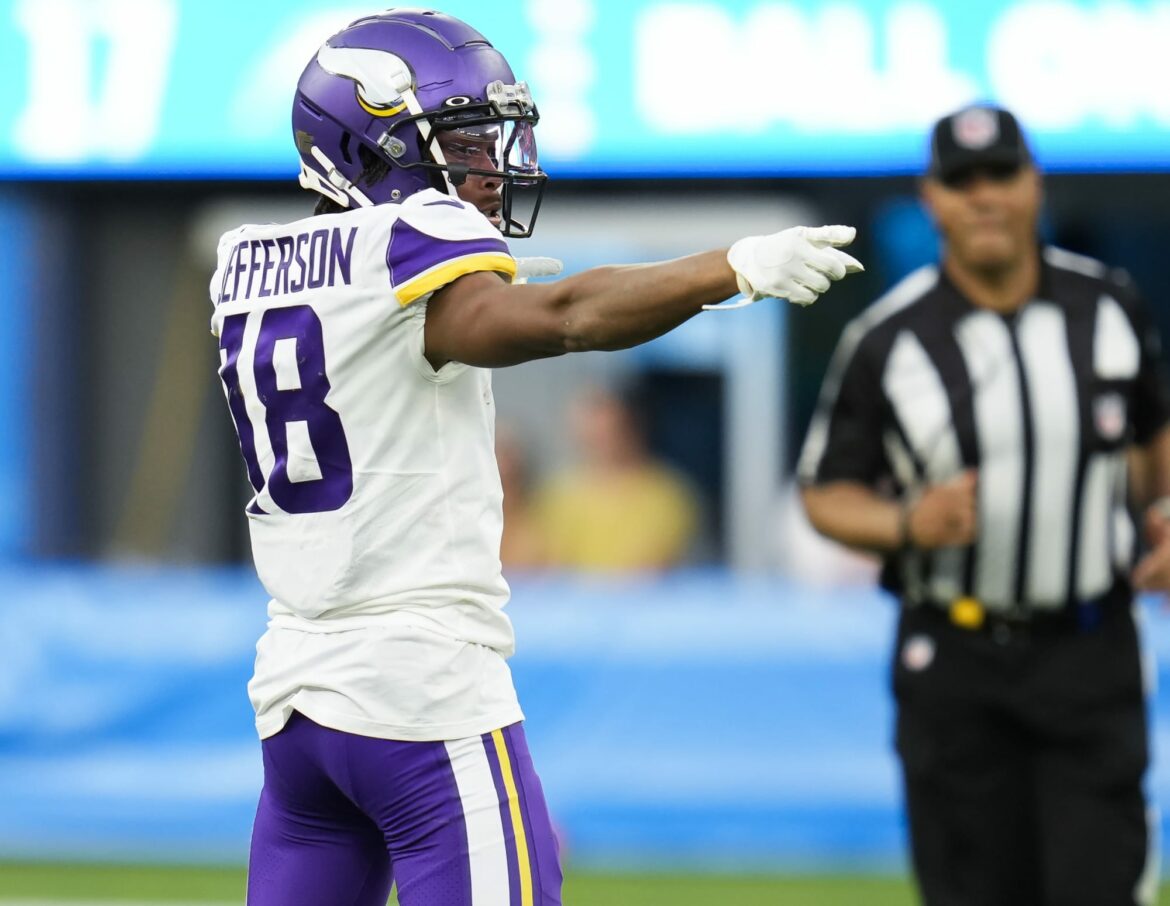 Minnesota Vikings receiver Justin Jefferson wanted to make it clear he wasn’t taunting Keenan Allen when he tossed a ball to him on the sideline.

Justin Jefferson got caught up in an NFL-wide conversation about taunting penalties on Sunday.

During their meeting in Los Angeles, the Vikings receiver tossed a ball to Keenan Allen sitting on the Chargers sideline.

Cameras caught the interaction that would have been plenty entertaining outside of the context of the current NFL.

The moment had a lot of people asking why that wasn’t taunting.

After all, Los Angeles had a taunting penalty over something Chris Rumph apparently said on kickoff coverage.

It doesn’t help that the Bears-Steelers game from last week came down to a ridiculous taunting penalty against Cassius Marsh for starring at the opposing sideline. Cam Newton also got hit with a penalty for celebrating too hard on his return to the Panthers.

The refs kept their flags in their pockets when it came to Jefferson. When he got back on social media after the win he set about clearing up his intentions with Allen.

You’d have to ask Allen if he felt disrespected or not. However, this situation just goes to show that taunting calls are annoying for two reasons. The first is that they are completely inconsistent. The second is that players aren’t allowed to show emotion in a game that’s built on it.

It’s a good thing Jefferson didn’t get flagged for that moment. It would be better if others didn’t get penalized for the same thing each week seemingly at random.