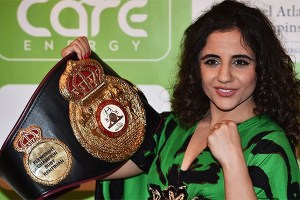 The World Boxing Association (WBA) celebrates the new list of nominees to the Hall of Fame, which has a total of twelve female boxers for the “modern” category and from which voters will have to choose up to three.

In 2019, the first list of women entering the temple of the immortals was announced, in clear evidence of the growth and development of women’s boxing.

Big names are part of this list, based on fighters who have fought from 1989 onwards and who must have a minimum of three years of inactivity. Of the three selected by each member of the panel, only the two with the highest number of votes will remain. And only one  to these will be chosen as a pioneer, which is part of another list.

The pioneer organization is proud to see this third edition of the induction of modern era boxers with several names that have worn the black and gold belt in different weight categories. For example, Gisselle Salandy who has been the youngest world champion in history so far, who unfortunately died in a traffic accident on January 4, 2009 at the age of 21.

On the other hand, there is also the first WBA flyweight super champion, Susi Kentikian; the Japanese Momo Koseki.  Another important name is the powerful Anne Sophis Mathis, who won the WBA lightweight title from her compatriot from France and pioneer, Myriam Lamare.

The World Boxing Association congratulates each of the nominees and celebrates the history of women’s boxing.