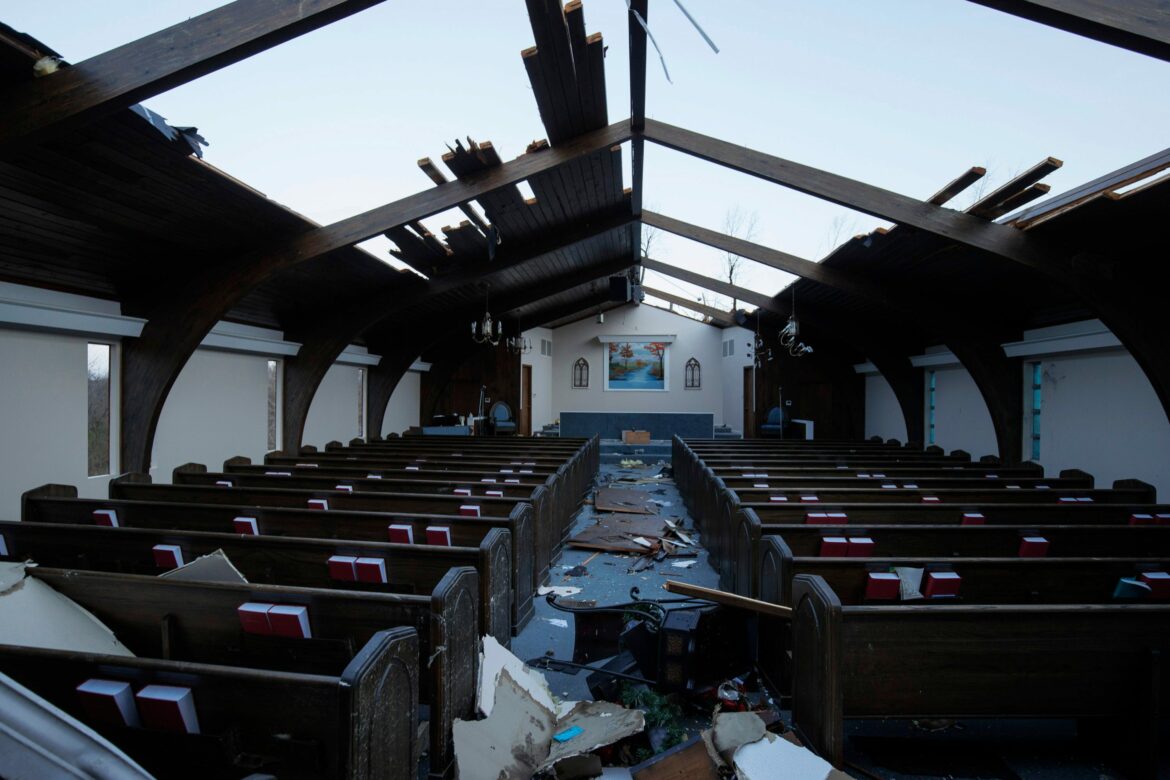 Tornadoes tore through a candle factory in Kentucky, an Amazon facility in Illinois and a nursing home in Arkansas.

Kentucky Gov. Andy Beshear said he expects 70 to 100 deaths from the tornadoes that laid a path of destruction throughout western Kentucky, in what could turn out to the the deadliest tornado event in state history.

“We’re going to lose over 50 people, probably closer to somewhere between 70 and 100,” Beshear said. “It’s devastating.”

Five people are reported to have serious injuries, he said.

Another nursing home about 20 miles away in Truman was damaged but no injuries reported and residents are being evacuated, the judge said.

The Craighead County Sheriff’s Office have not released updates on the Monette nursing home since Friday night, when the office posted to Facebook imploring residents to “stay clear” south of a county road in the Jonesboro and Monette areas so emergency crews can work clear the area.

But officials have called the damage in the Monette area a “mass casualty” event, according to KAIT-TV. In neighboring Mississippi County, Sheriff Dale Cook told the TV station early Saturday that a woman also died inside a Dollar General about five miles northeast of Monette in Leachville. Authorities have said the store and nearby Adams Gin Company were leveled, KAIT-T

At least one person has died after severe weather ripped the roof off an Amazon facility about 25 miles east of St. Louis in Edwardsville, Illinois, police Chief Mike Fillback told reporters Saturday morning, according to the Associated Press. A wall about the length of a football field collapsed, he said.

Two people from the Amazon facility were flown by helicopters to hospitals for treatment, Fillback said, but did not comment on their conditions.

In Kentucky, several buildings collapsed during the severe weather that struck Mayfield, said Sarah Burgess, a trooper with the Kentucky State Police.

“The entire building is essentially leveled,” she said.

Gov. Beshear said four different tornadoes touched down by Saturday morning, with most of the destruction coming from one tornado that began in Arkansas and stretched for more than 220 miles, until it reached Breckenridge County.

Beshear said there would be fatalities reported in Graves, Marshall, Warren and Hopkins counties, adding he would “be surprised if we don’t lose people in at least five or more counties.” 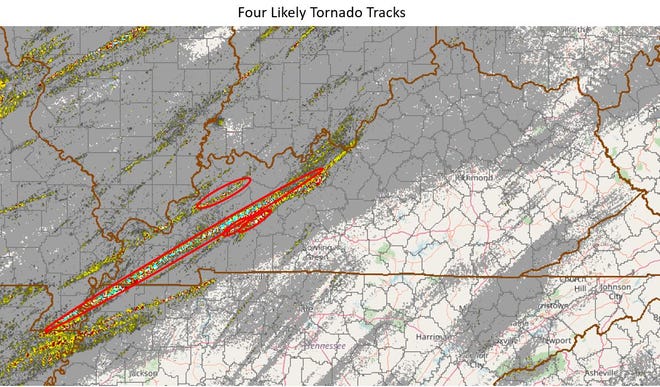 According to the National Weather Services, the deadliest tornado event in state history occurred in Jefferson County in 1890, when 76 Kentuckians were killed.

Just over 70 in Kentucky were killed by a super outbreak of tornadoes across several states in 1974.

Beshear said he expects “at least dozens” of fatalities from a candle factory’s roof collapse in Mayfield, Kentucky, where roughly 110 employees were working when the tornado hit the small, western Kentucky town just after 10:30 p.m. EST.

The governor declared a state of emergency before midnight, activating the National Guard and deploying about 200 guard members — including search and extraction and debris clearance personnel — who will arrive in affected communities Saturday morning.

“This has been one of the toughest nights in Kentucky history. And some areas have been hit in ways that are hard to put into words,” Beshear said. “To all of our Kentucky families that are impacted by this, we want you to know that we are here for you, we love you, we are praying for you.” 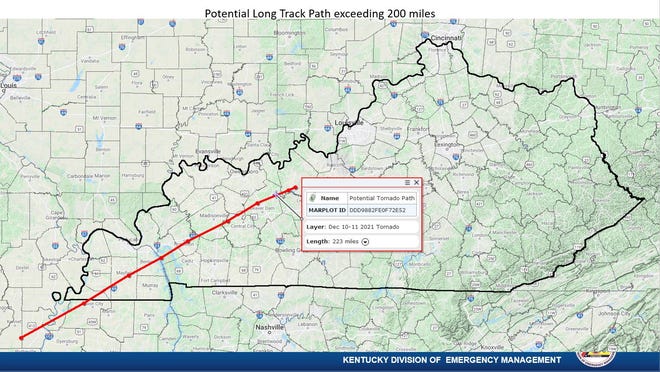