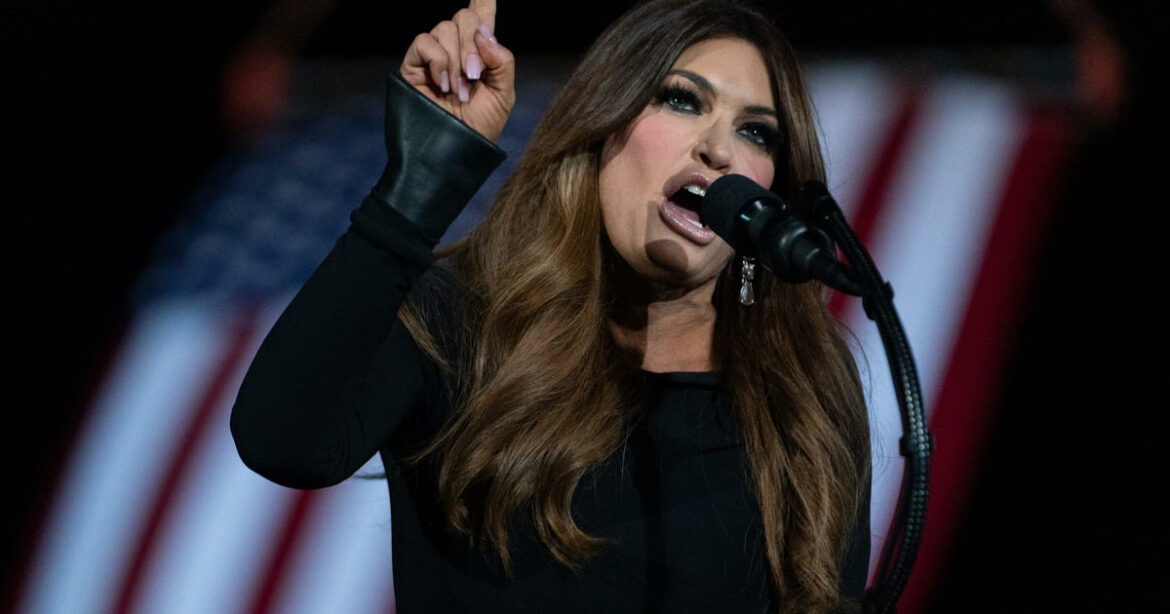 A tense confrontation between the House select committee investigating the January 6 assault on the U.S. Capitol and Kimberly Guilfoyle unfolded privately on Friday morning, with Guilfoyle and her lawyers abruptly ending her conversation with the committee over concerns about its ground rules, according to four people familiar with the exchange.

Guilfoyle, a longtime adviser to former President Donald Trump, was scheduled to meet virtually with the committee on February 25, following discussions between the committee and her lawyers.

Guilfoyle is engaged to Donald Trump Jr., the former president’s eldest son, and is one of the most high-profile confidants of the Trump family to meet with the committee.

She also spoke at the January 6, 2021, rally at the Ellipse near the White House and was backstage that day with the Trump family and administration officials.

The four people familiar with Friday’s exchange requested anonymity, since they were not authorized to discuss the deliberations.

But, they said, when Guilfoyle appeared on Friday’s virtual meeting, she and her lawyers grew immediately concerned when they saw who else was on the call, including lawmakers on the committee such as Representatives Adam Schiff of California and Jamie Raskin of Maryland, both Democrats.

Guilfoyle spoke up and asked why members — and not just lawyers and committee staff — were on the call, three of the people said.

“Kim balked and said this isn’t my understanding,” one of the people said. A second person described her as “outraged,” since she believed this conversation was going to be more informative and not a formal deposition.

“This is not my understanding,” Guilfoyle told the committee, and then said she would cease to continue the conversation until her lawyers had further discussions with the committee about the format, the people said.

Guilfoyle agreed to Friday’s conversation with the understanding that a subpoena could be issued if she did not engage with the committee, two of the people said.

When contacted for comment by CBS News, Joseph Tacopina, counsel for Guilfoyle, issued a statement accusing the committee of leaking details of the exchange.

“Ms. Guilfoyle, under threat of subpoena, agreed to meet exclusively with counsel for the Select Committee in a good faith effort to provide true and relevant evidence,” the statement said. “However, upon Ms. Guilfoyle’s attendance, the Committee revealed its untrustworthiness, as members notorious for leaking information appeared. Then, while counsel briefly halted the meeting to address the matter, our concerns about the presence of the Committee’s members were validated, as the Committee within less than two minutes leaked news of the break to the media, as Chairman [Bennie] Thompson did only a month earlier when revealing to the press that our client’s phone records had been confidentially subpoenaed.”

The statement went on to assert that when Guilfoyle’s lawyers contacted the committee about this story, “they too were shocked and appalled” and believed this story was based on a politically-motivated “leak.”

“It is now abundantly clear to us that their only real interest was to sandbag our client and use today’s interview as a political weapon against President Trump and those who support him,” the statement said.

Rebecca Kaplan contributed to this report.