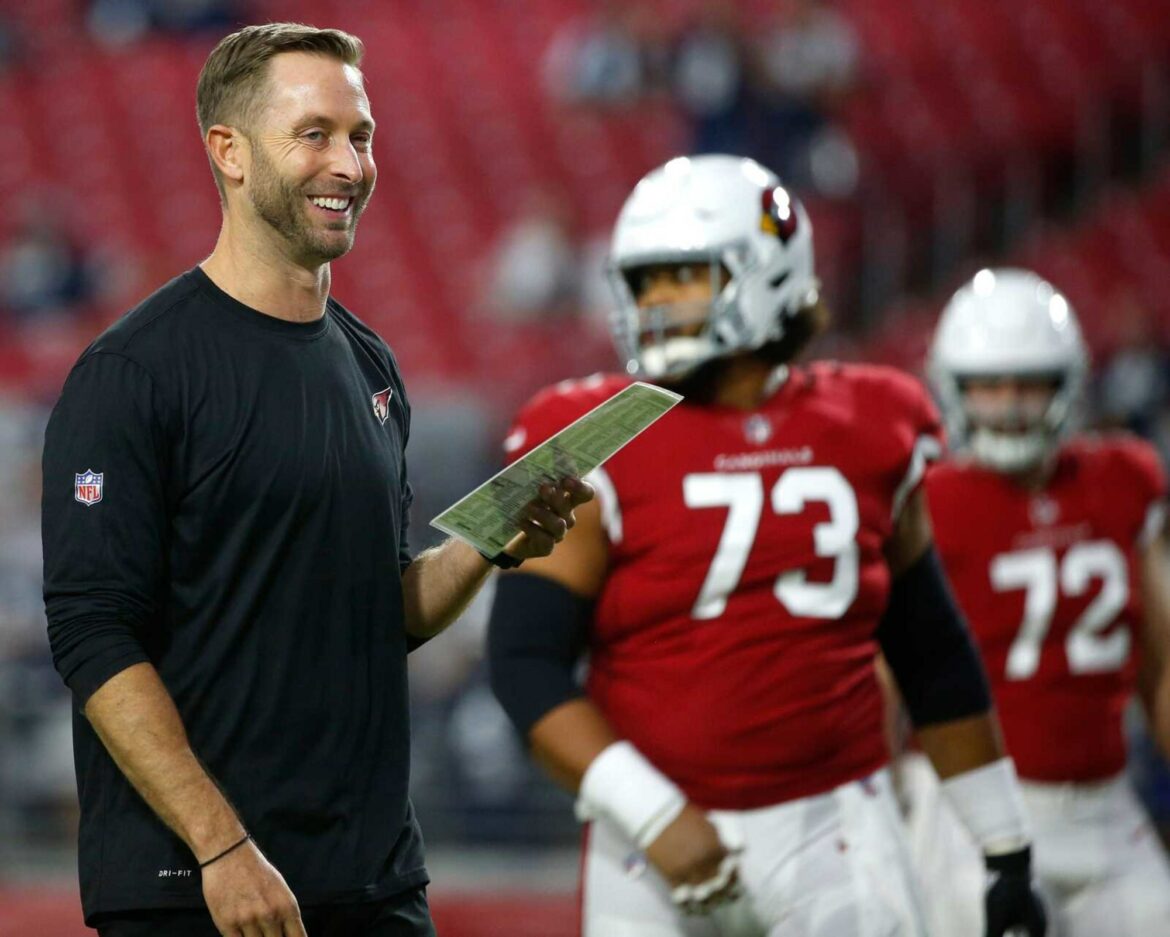 The Arizona Cardinals were in for a rough Sunday, as they were without quarterback Kyler Murray and wide receiver DeAndre Hopkins for their game against the rival San Francisco 49ers. Things got worse on paper once running back Chase Edmonds left early in the contest due to injury.

Yet, that was no problem for backup quarterback Colt McCoy, who led the Cardinals to a 31-17 victory.

After the game, head coach Kliff Kingsbury praised McCoy for his performance, before saying that he is glad that Texas Longhorns fans could enjoy it…since they lost to Iowa State the day prior.

That had to sting for Longhorns fans, especially since it was coming from the former Texas Tech head coach.

Kingsbury coached the Red Raiders from 2013 until his firing in 2018, where he owned a 35-40 overall record. Yet, Texas fans will be glad to remind Kingsbury that he was 2-4 in his six meetings against the Longhorns.

The Longhorns fell to the Cyclones 30-7 on Saturday night, as they were limited to just 205 yards of total offense on the night. As for the defense, Texas had no answers for Iowa State running back Breece Hall, who rushed for 136 yards and two touchdowns on 19 carries.

McCoy, the former Longhorns quarterback, had himself a game against the 49ers. When your starter is injured, McCoy is the guy you look for for the spot-start. Just last season, he helped lead the New York Giants to an improbable 17-12 win over the Seattle Seahawks. He did the same against San Francisco.

The veteran completed 22-of-26 of his pass attempts for 249 yards and one touchdown.

Longhorns fans probably enjoyed McCoy’s performance on Sunday, until Kingsbury took the dig at the football program’s loss on Saturday.