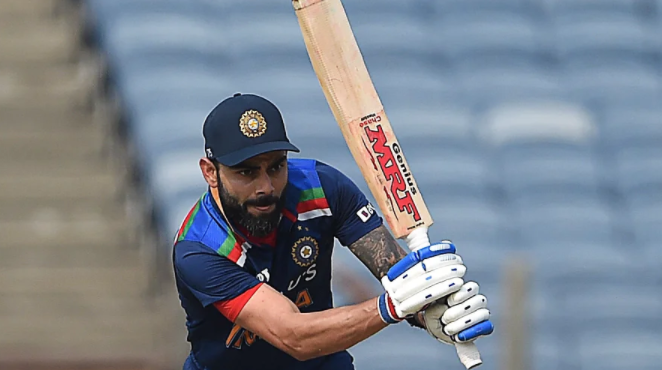 Virat Kohli can’t see the century, that’s old news. The new concern of Indian cricket fans who have been dying for more than a couple of years now is that Virat Kohli is not getting a run that way.

Why did Kohli’s bat suddenly become so silent? There may be many explanations for that. Some are cricketing, some are emotional. But in white ball cricket, India captain Rohit Sharma is giving another explanation. Kohli’s bat will start talking when the journalists are silent!

India will play a three-match T20 series against the West Indies in Kolkata from tomorrow. Earlier in the press conference, Kohli’s run was a big topic of discussion. The question about him has been going on for days. After being annoyed by so many questions, Rohit told the journalists to keep quiet about it for some time!

‘If you can keep quiet for a few days, I think he will be able to run properly. If there is not so much talk from you, then it is better for us, then everything can be taken care of ‘- Rohit’s answer to the question about Kohli’s run in a virtual press conference yesterday.

The question arose as to whether Kohli, who has lost the Indian captaincy in all editions in the last few months, was having such a bad effect on his mind. Rohit replied, ‘As far as I can see, he is in a very good mental condition. He has been a part of the national team for more than a decade. When one goes through so many days in international cricket, one understands very well how to cope with such stressful times. Such an environment, how to handle everything like that. ‘

But Rohit also reminded the role of journalists in the way of coping, ‘The beginning is from your side. If you can keep quiet for a few days, everything will be fine. ‘

Kohli’s run-scoring was the subject of much speculation last year, with criticism mounting after the one-day series against the West Indies. Kohli started the series, which ended four days ago, with the intention of surpassing Sachin Tendulkar (9 centuries against Australia) in the record for most centuries against an ODI team. Kohli’s first series after leaving the captaincy was more about what a ‘just batsman’ Kohli could do. Kohli could do nothing.

His run in three matches 28! 6 in the first match, 16 in the second match, zero runs out in the last match! However, even after the ODI series, Rohit had to face a question once. Asked if Kohli was suffering from a lack of self-confidence, Rohit’s answer was rather skeptical: ‘Does Kohli need more confidence? What did you ask for? ‘