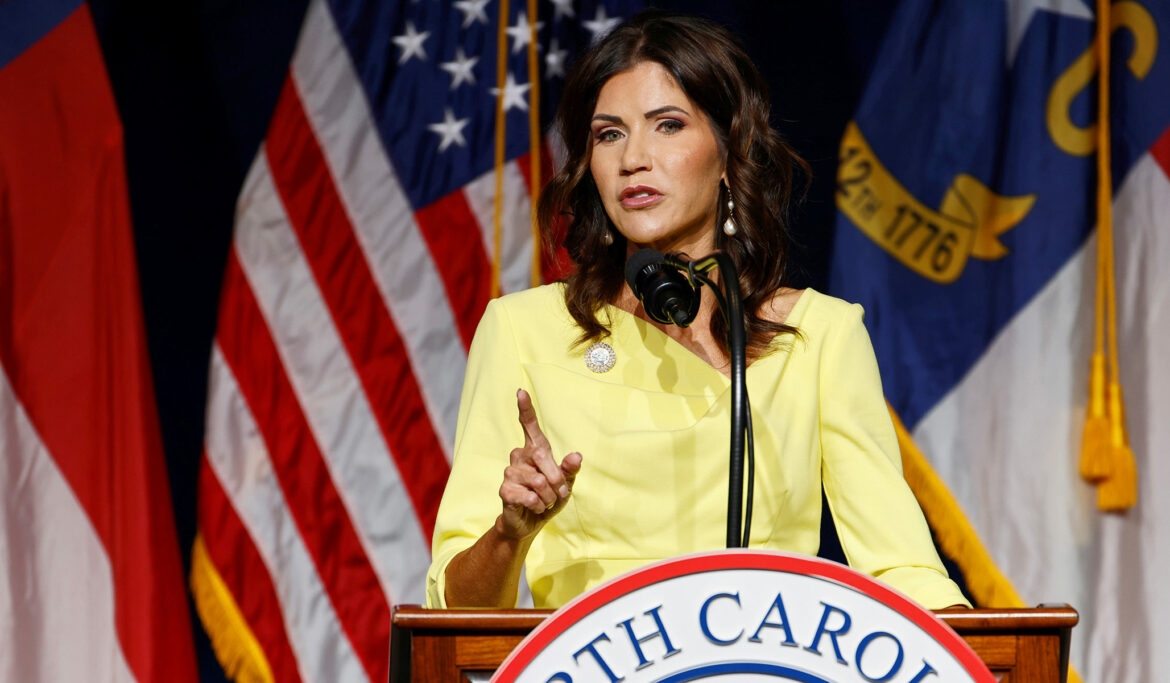 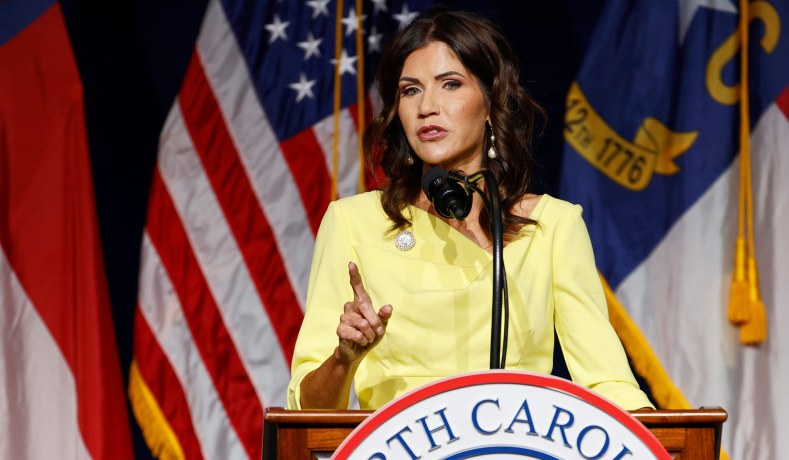 Republican Governor Kristi Noem, who captured the GOP limelight for her laissez-faire management of the pandemic in South Dakota, has announced that she will be seeking reelection in 2022.

Noem made the announcement on Friday night in a Youtube video release.

“Three years ago, I asked you to trust me in our state as your governor. I have worked every day since to make our state safer, stronger, and healthier for our kids and our grandkids. It has been the honor of a lifetime to serve you,” she said. “Together we’re setting an example for the nation.”

Noem’s running mate for lieutenant governor is the incumbent Larry Rhoden. She has so far fundraised over $10 million for the race, according to the Argus Leader.

Noem and Florida Republican governor Ron DeSantis, who also just recently announced his reelection bid to the office, have long been deemed favorites for the 2024 GOP presidential nomination. Both rising stars in the movement have earned praise from Republican lawmakers and constituents for taking a hands-off approach to the COVID crisis, leaving individual liberty largely in tact and allowing families to make their own health decisions.

After some Republican governors, including DeSantis, locked down their states in the early stages of the pandemic as a precautionary measure, Noem criticized them for backtracking and acting as if they had never shut down businesses or enacted the same restrictions as many Democratic states did. Noem has touted that South Dakota never imposed lockdowns or mandates.

However, Noem came under scrutiny when she refused to ban transgender individuals from women’s sports, as many of her GOP governor counterparts had done, which prompted backlash from conservative circles. While she insisted that the logic behind her vetoing that particular bill in March 2021 was to protect the state from costly and crippling legal retaliation from athletic organizations such as the NCAA, it was later revealed that the governor had business entanglements that may have compromised her on the issue.

On the vaccine-mandate debate, Noem has vowed not to prohibit companies from requiring the shot as a condition of employment, citing her belief in nonintervention in the private sector. She is, however, suing the Biden administration over its vaccine mandate for federal contract employees.