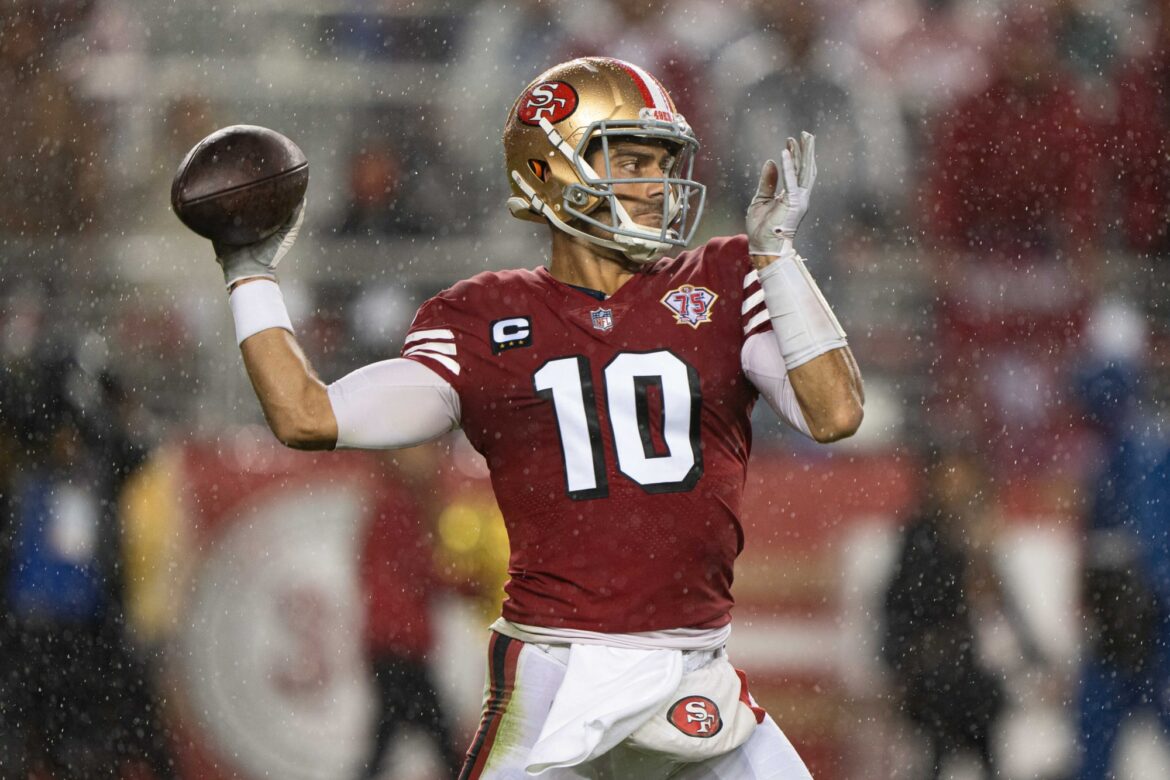 The 49ers aren’t planning to make a quarterback change with head coach Kyle Shanahan standing by Jimmy Garoppolo as the starter.

Kyle Shanahan lives by the creed: Even if it’s broken, don’t fix it.

That’s the only way to explain the 49ers head coach and his insistence on sticking with Jimmy Garoppolo after Sunday night’s loss to the Colts.

Shanahan told reporters on Monday that Garoppolo will start against the Bears this weekend despite Trey Lance returning from injury, per Matt Barrows of The Athletic.

Incredibly, that declaration came while Shanahan admitted that Garoppolo “had his worst game yesterday,” via Niners Nation.

Garoppolo went 16-of-27 for 181 yards, a touchdown and two interceptions in the primetime loss to the Colts. He also lost a fumble.

He could blame the terrible weather for part of the performance. A major storm hit Santa Clara and brought with it pouring rain and high winds.

Shanahan said Garoppolo wasn’t a single bad game away from losing his starting job. The trouble is it hasn’t been just one bad performance. It’s been a season full of mediocrity at best.

Lance was inactive for the game against Indianapolis with a calf issue. He is expected to practice on Wednesday, though he may not be a full participant.

The rookie quarterback may not be the savior for this team. He still needs to develop considerably before he could be considered the face of the franchise.

Having said that, he was the No. 3 overall pick in the draft. Other first-round talents like Trevor Lawrence, Zach Wilson, Mac Jones and Justin Fields are already starting games for their respective franchises. Fans of the 49ers could probably handle losing better if it was Lance’s rookie mistakes causing the issue rather than a stopgap like Garoppolo.