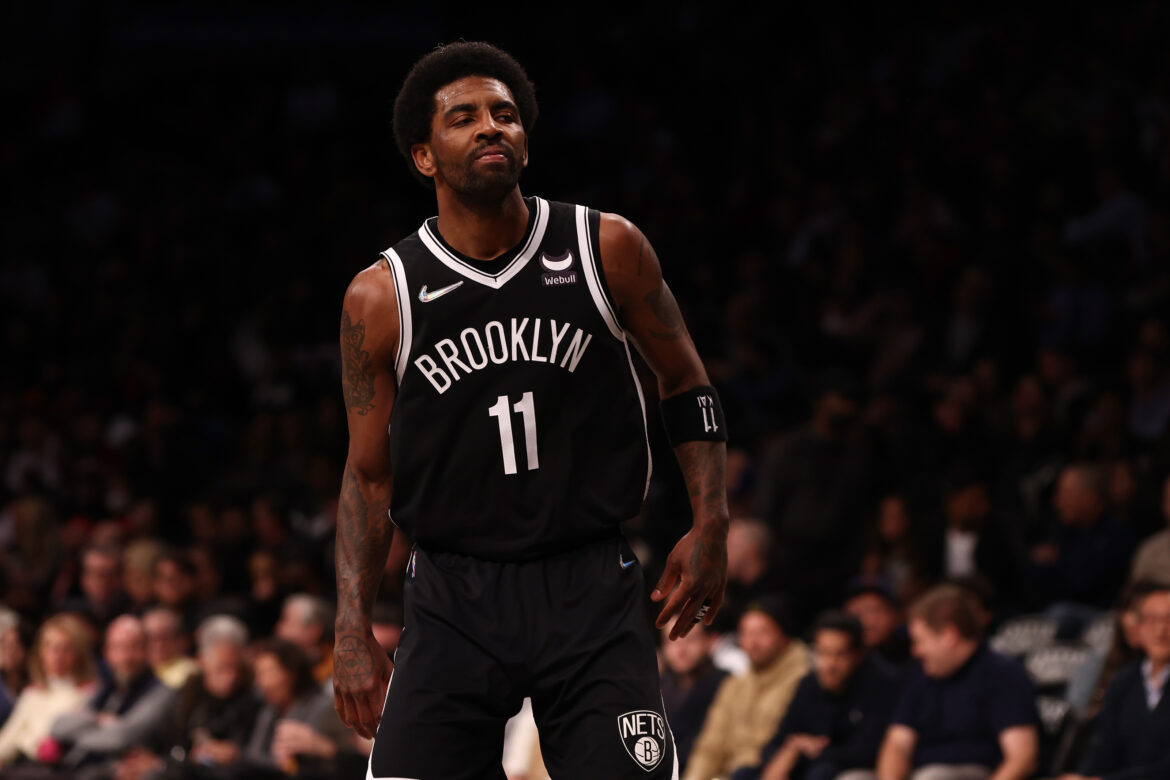 At the beginning of the NBA season, the NBA released their list of the NBA’s top 75 players of all time, and Kyrie Irving’s name was not on that list. Irving addressed not making the top 75 during his post-game interview, following the Brooklyn Nets’ win over the N.Y. Knicks 110-98.  Irving was visibly confused about why he did not make the list. He believes his name was initially on the list but was later removed.

Irving could be referencing the fact that he has not played in the majority of the Nets’ home games because he refused to get vaccinated. Irving has been criticized by analysts because of this. And many of those analysts are the ones who selected the NBA 75 team.

Kyrie also added that maybe in 25 years he would make the team, via NYDailyNews.

“I’m not tryna sit up here and spew out the reasons why I felt I deserved to be on the top-75,” Irving said after the Nets’ come-from-behind victory over the Knicks on Wednesday. “I think I’ll wait for that when my career is over and maybe on the 100th Anniversary, I’ll make that team. You don’t know unless they expand the group.”

There is no denying that Irving is a great player. He is an offensive threat and fans can expect him to almost always put on a show. But some of his stats could make a case as to why he was left off the list. Kyrie is top 60 in 3-pointers made but doesn’t rank in the top 75 in NBA history in points or assists. But Rudy Gay, Paul George, and Brook Lopez have all scored more points than him and they are not on the list. Also, Joe Johnson and Jeff Teague all have more career assists than him and they are not on the list either.

Irving is a superstar and eventually, he might make the NBA’s all-time list. But since he is not top 75 in points made or assists, that could be the reason why he was left off the list.