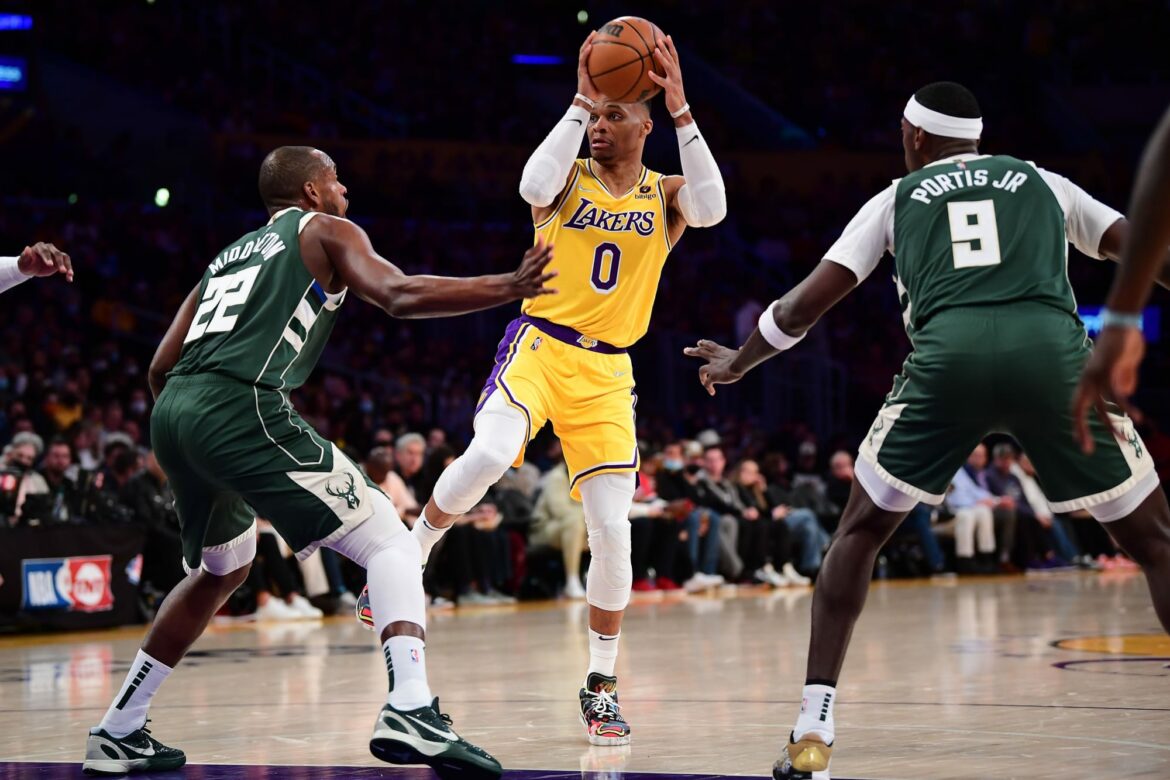 Los Angeles Lakers fans loudly booed Russell Westbrook after he turned the ball over on consecutive possessions in Tuesday’s game against the Milwaukee Bucks.

The Los Angeles Lakers are drastically underperforming this season, and fans are fed up. One of their big offseason acquisitions, Russell Westbrook, is not playing to the level that fans were expecting entering the campaign. That was evident during their game against the defending NBA champion Milwaukee Bucks on Tuesday, Feb. 8.

In the third quarter, Westbrook attempted to pass the ball to LeBron James inside the paint, but it blocked by Bobby Portis, causing the fans at Crypto.com Arena to boo. The Bucks could not capitalize on the play in question, with Westbrook recovering the ball. The guard attempted a pass to Trevor Ariza, but Khris Middleton recovered it.

Take a listen to the boos and audible groans on this series of plays.

Westbrook was benched twice this season, including in the team’s overtime win over the New York Knicks on Saturday, Feb. 5. In the game, Westbrook scored just five points while shooting 1-for-10 from the field. His performance even got fans in the Lakers home arena to boo him.

Through 54 games this season, Westbrook is averaging just 18.4 points, the lowest since the 2009-10 season when he played for the Oklahoma City Thunder. Additionally, he is averaging 7.8 rebounds and 7.7 assists while recording a field goal percentage of 43.7.

Of course, the NBA trade deadline takes place on Thursday, Feb. 10. Lakers fans are going to wonder if the team will decide to move on from Westbrook after less than a season. Will it happen? That remains to be seen. All that is known is that fans can’t help but collectively groan when Westbrook turns the ball over or misses a shot.