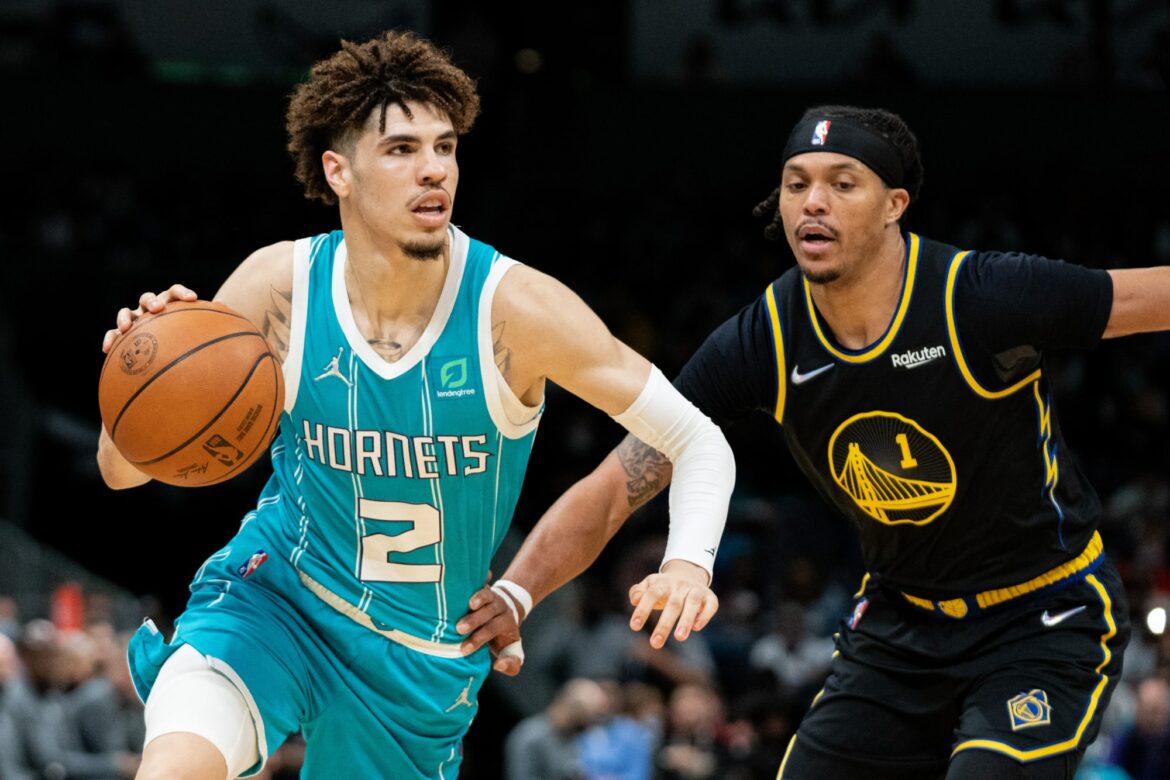 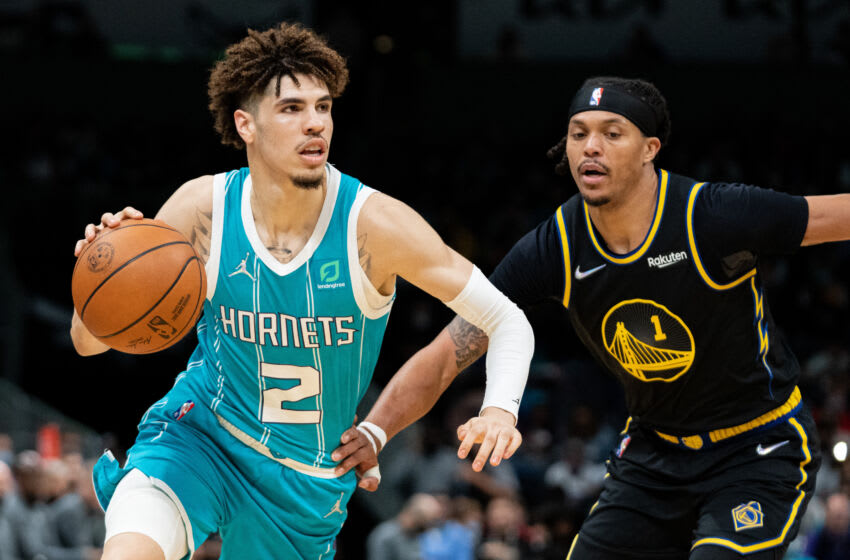 CHARLOTTE, NORTH CAROLINA – NOVEMBER 14: LaMelo Ball #2 of the Charlotte Hornets drives to the basket while guarded by Damion Lee #1 of the Golden State Warriors during the second quarter during their game at Spectrum Center on November 14, 2021 in Charlotte, North Carolina. NOTE TO USER: User expressly acknowledges and agrees that, by downloading and or using this photograph, User is consenting to the terms and conditions of the Getty Images License Agreement. (Photo by Jacob Kupferman/Getty Images)

NFL Twitter warns rest of league that Chiefs, Patrick Mahomes are ‘back’ by Alicia de Artola

LaMelo Ball knew the Charlotte Hornets could defeat the Golden State Warriors on Sunday after watching the Panthers beat the Arizona Cardinals.

The Charlotte Hornets were .500 entering Sunday night against the 11-1 Golden State Warriors. While it was a tough matchup on paper, the Hornets picked up a huge victory over the Western Conference powerhouses by the score of 106-102.

Following the game, LaMelo Ball said in his press conference that he had a feeling the Hornets were going to beat the Warriors on Sunday night. Why’s that? Because the Carolina Panthers pulled off an upset over the Arizona Cardinals earlier in the day.

This video comes courtesy of Ashley Stroehlein of NBC Charlotte.

As it turns out, Ball’s feeling was correct.

The Panthers entered Sunday afternoon taking on the one-loss Cardinals, who would be without star quarterback Kyler Murray and wide receiver DeAndre Hopkins. Arizona won without them last week against the San Francisco 49ers, but this week, they had no answer for the Panthers and the returning Cam Newton, who scored two touchdowns in his first game back.

Carolina won 34-10 to propel themselves into a Wild Card spot.

On Sunday night, the Hornets and Warriors were neck-and-neck heading into the final seconds of regulation. With the game tied at 102 following a driving dunk by Draymond Green, Charlotte pulled away following a 10-foot hook shot by Miles Bridges and two free throws made by Terry Rozier to clinch the victory.

Ball scored 21 points while shooting 8-for-17 from the field and 4-for-8 from the three-point line in over 37-minutes of playing time. The 2020 third-overall pick also recorded seven rebounds, five assists and three steals. Bridges posted 22 points (9-for-16 from field), eight rebounds and three assists.

It was a good Sunday for North Carolina professional sports.