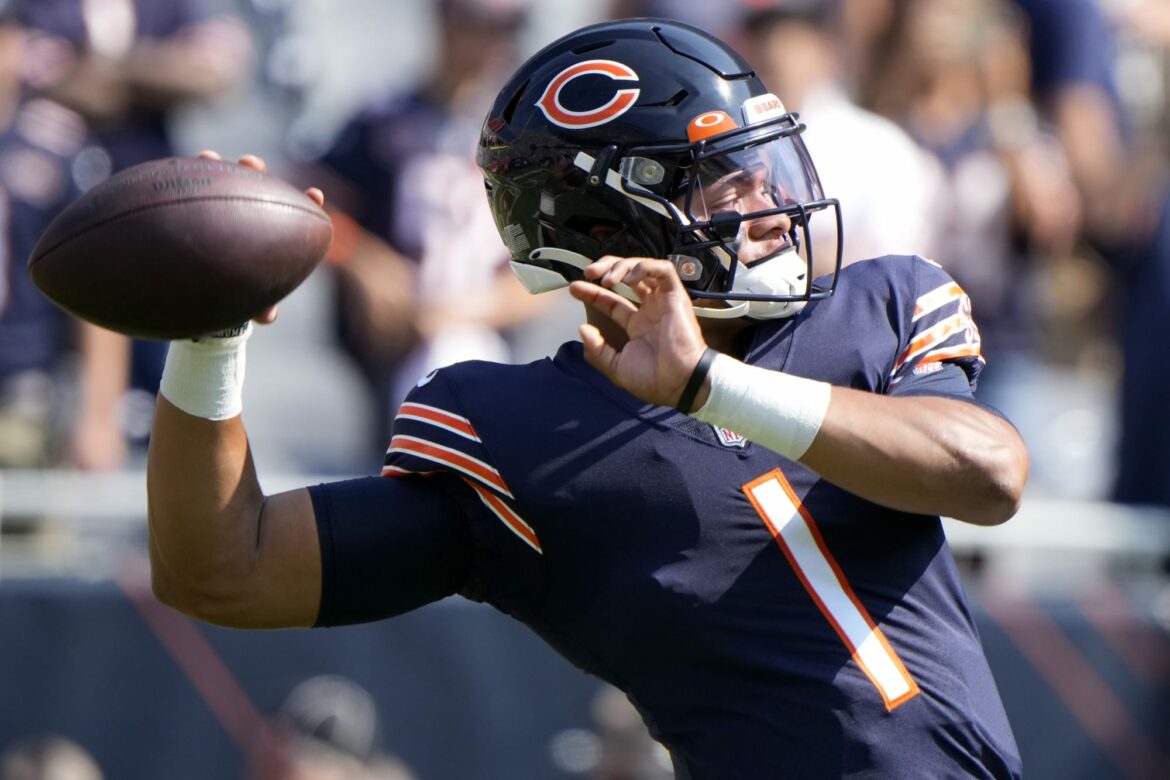 Chicago Bears quarterback Andy Dalton exited last week’s game against the Cincinnati Bengals with a knee injury. Rookie quarterback Justin Fields took over in the second quarter. He finished the game with 60 passing yards and one interception on 6-13 passing. Fields also rushed for 31 yards on 10 carries.

Dalton has been ruled out of this week’s game. As a result, Fields will now make his first NFL start on Sunday against the Cleveland Browns, and he should have the opportunity to start a couple more games, according to Dalton’s injury update.

According to Adam Schefter of ESPN, Dalton could miss “an additional week or two” with a bone bruise on his left knee.

Bears quarterback Andy Dalton, who is out Sunday with a bone bruise on his left knee, could miss an additional week or two depending on how quickly he recovers, league sources told ESPN. Dalton has a bone bruise from his femur and tibia colliding, according to a source. Dalton did not suffer damage to any cartilage or ligaments and does not need surgery, but his return will be determined by how quickly the bone bruise heals.

Technically, Dalton is still expected to be the starter, when he returns, but if Fields performs well over the next two games, it is hard to picture Matt Nagy benching the rookie quarterback.

Field will face a tough matchup this week against a talented Browns’ defense. However, he could have a big game next week against the Lions’ defense, which is allowing the highest opponent passer rating in the NFL, right now.