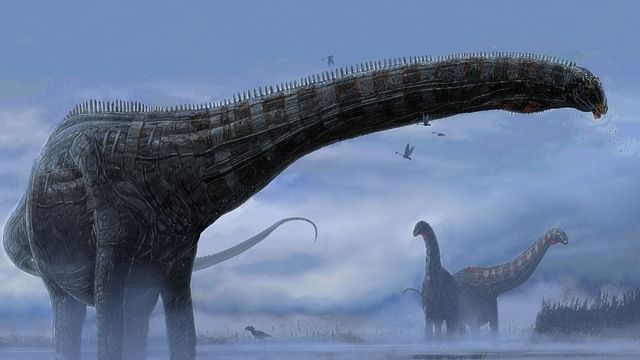 Lawrence Whitmer is one of the authors of the study published in Scientific Reports. He said Dolly’s body had similar symptoms to respiratory infections.

Although the lung infections of dinosaurs are new, scientists believe that they are infected with the same diseases as other animals. However, since fossils do not contain soft tissues other than bones, teeth, and nails, there is little evidence to support this notion.

Even then, scientists have found that dinosaurs suffer from physical complications such as broken bones, dental problems, blood-borne infections, arthritis and even bone cancer.

Although the Dolly Saropod is a dinosaur, its species is not yet known. Sauropod dinosaurs were herbivores. The dinosaurs, with their long necks, huge tails, short heads and four legs, were the largest creatures on Earth at that time.

Dolly was about 60 feet tall, said Carrie Woodruff, director of paleontology at the Great Plains Dinosaur Museum in Montana. Weight between 4 thousand to 5 thousand kg. Dolly was between 15 and 20 years old at the time of her death.