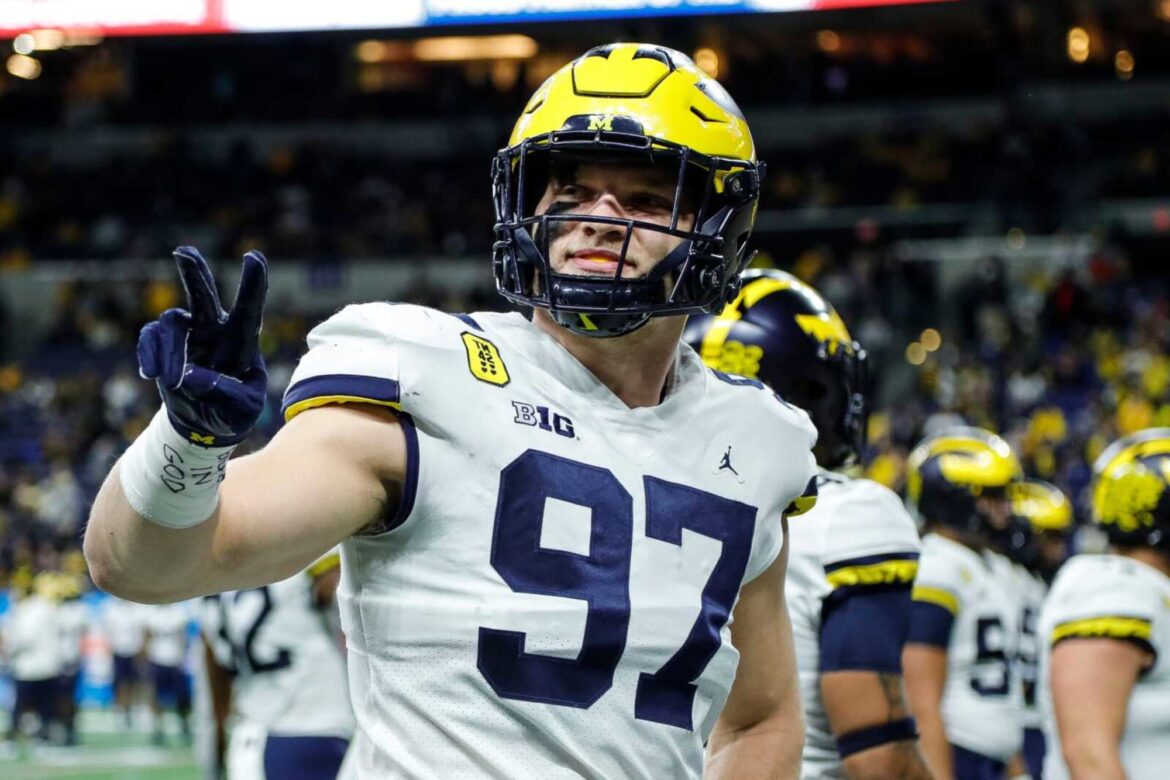 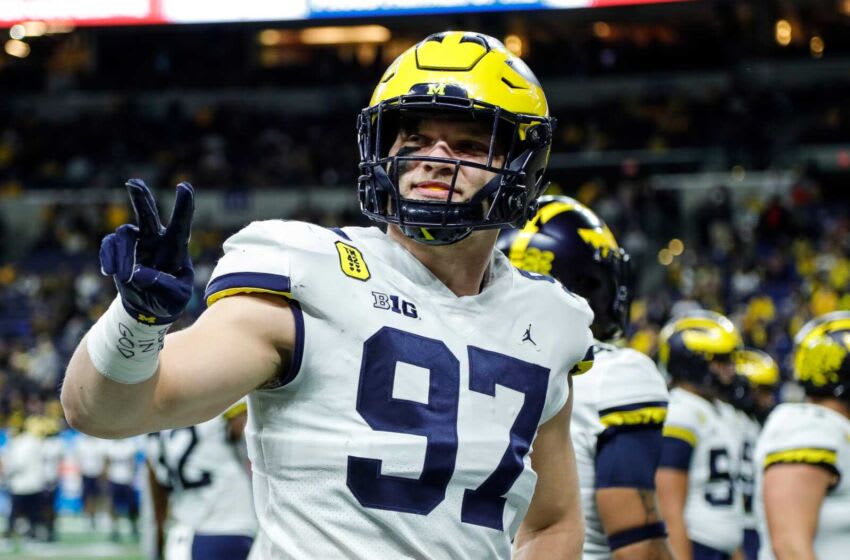 Michigan football star Aidan Hutchinson would fit very well into what Dan Campbell is building with the Detroit Lions.

Dan Campbell and the Detroit Lions might be lucky enough to draft Michigan football standout Aidan Hutchinson No. 1 overall in the 2022 NFL Draft.

Hutchinson was a finalist for the 2021 Heisman Trophy. While he did not win college football’s highest individual honor, the Michigan Wolverines are one of four teams that can still win the national title. No. 2 Michigan faces No. 3 Georgia in the Capital One Orange Bowl on New Year’s Eve. Even if that is his last college game, Hutchinson may very well go No. 1 overall to the Lions.

Hutchinson spoke glowingly about what Campbell is building in Detroit, citing that he “seems like a real good guy” and the Lions only need “a couple more pieces to the puzzle” before they can become a strong football team.

Aidan Hutchinson on Detroit, via @AdamSchefter: “I really think Dan Campbell seems like a real good guy to me. … I think they have a lot of heart on that team. You know, just a couple more pieces to the puzzle and I think they can be a really good team.” pic.twitter.com/Gpt3S4x73n

Should the Detroit Lions use the No. 1 overall pick on Aidan Hutchinson?

Sure, why not. This is not a deep quarterback draft class in the slightest, so going with a star pass-rusher from the big state school with the top overall selection is totally justifiable. Detroit used its first-round pick last year on former Oregon standout Penei Sewell to shore up the offensive line. By taking Sewell and Hutchinson in back-to-back first rounds, Detroit could turn the corner soon.

With the Chicago Bears heading towards a rebuild and the Minnesota Vikings essentially treading water at this point, the NFC North is in a state of flux, especially if Aaron Rodgers leaves the Green Bay Packers after this season. Detroit is still the worst team in the NFC, but an influx of talent over the next two offseasons could go a long way in transforming this bottom-feeder into a winner.

Hutchinson may be the franchise cornerstone defensively Campbell is hoping for in the Motor City.