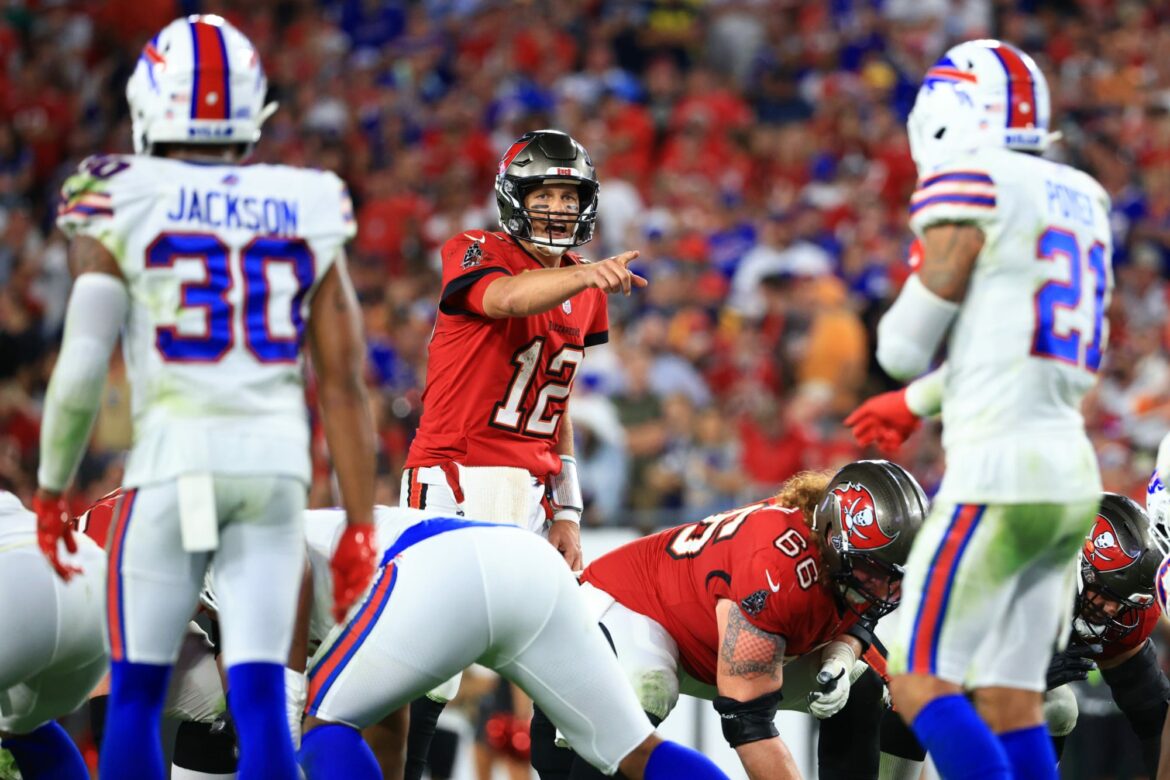 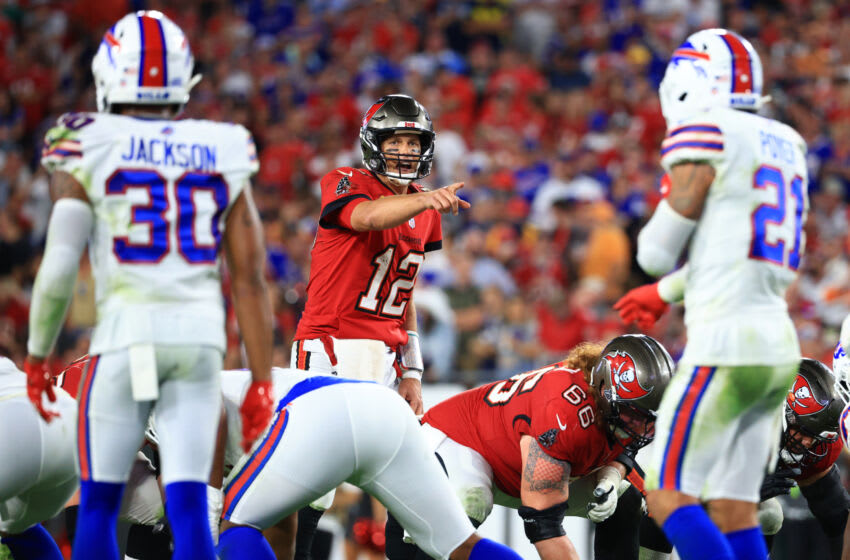 TAMPA, FLORIDA – DECEMBER 12: Tom Brady #12 of the Tampa Bay Buccaneers directs the offense against the Buffalo Bills during the fourth quarter at Raymond James Stadium on December 12, 2021 in Tampa, Florida. (Photo by Mike Ehrmann/Getty Images)

Tom Brady’s 700th touchdown pass ended the Tampa Bay Buccaneers’ matchup with the Buffalo Bills in overtime. You need to check out the Bucs radio call of the play.

The Tampa Bay Buccaneers needed overtime, but they were able to get past the Buffalo Bills thanks to a historic touchdown from Tom Brady. With the 700th touchdown pass Brady has thrown in his career, the Buccaneers ended the game against the Bills in impressive fashion.

Now you need to check out the call of this historic play as it came from the Buccaneers radio team.

If you’re trying to do the math on how Brady just had his 700th touchdown pass when he threw his 600th touchdown pass to Mike Evans earlier this season, this record of 700 touchdowns is counting both the regular season and the postseason for Brady’s career.

However you want to look at it, it’s a lot of touchdowns. Brady has been a very good quarterback for a very long time. And right now, it looks like Tampa Bay might be able to make a run right back to the Super Bowl because of Brady’s excellence.