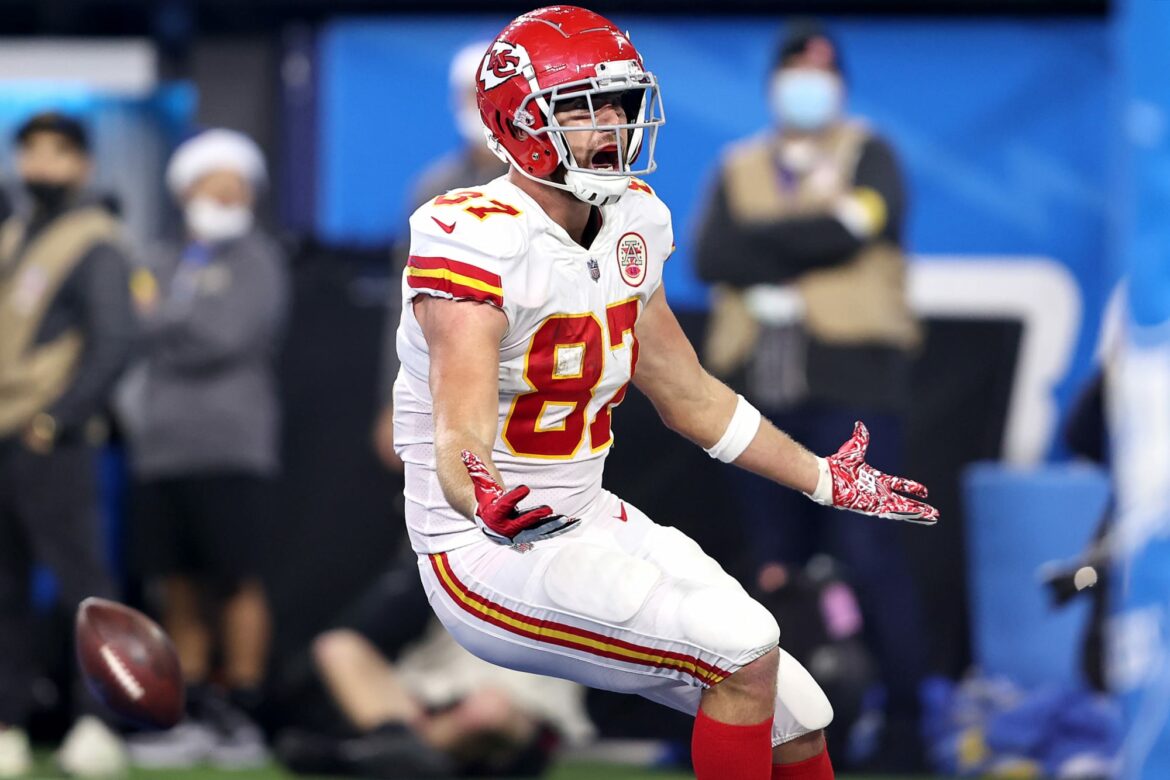 Chiefs radio lost its mind during the Travis Kelce game winning touchdown play on Thursday night against the Chargers.

Recency bias — and a Twitterverse full of chest-beating Chiefs fans — might produce some eye rolls at that statement but it’s true. What Kansas City did on Thursday night was nothing short of miraculous, and it was a shot across the bow at a league that had weirdly written them off as a serious threat.

That’s not to say anyone thought the Chiefs weren’t a very good team, but they hadn’t been playing like their usual selves this season. Patrick Mahomes has turned the ball over more this season than he has throughout his entire career. The magic seemed to be wearing off, with ridiculous throws falling incomplete rather than creating highlight reel plays. It was earth-shattering when the Chiefs failed to score a touchdown against the Buccaneers in Super Bowl 55, yet the once seemingly invincible offense has failed to score more than a touchdown in as many as four games.

But the sleeping giant has awakened, and the Chiefs are back.

Travis Kelce’s walk-off touchdown is still fresh in the minds of fans, but it will no doubt go down as one of both his signature plays and a defining highlight for this era of the franchise.

Needless to say, the Chiefs radio call of the walk-off is music to the ears of fans who have been hoping and wishing for the tide of the season to turn.

Thursday night wasn’t a return of the high-octane offense that Kansas City has become known for. Rather, it was a methodical reminder that the Chiefs are a damn good football team — perhaps the best in the league when they’re firing on all cylinders.

For almost the entire game, the Chiefs were outplayed. Simply put, they got their asses kicked for roughly 55 minutes, but all that was needed was five outstanding minutes of football to completely flip the game.

Kansas City’s final drive of the game, where Mahomes sliced and diced the Chargers defense culminating in Kelce’s zig-zagging touchdown run, should put everyone on notice. The Chiefs aren’t an unstoppable force, but there’s no such thing as an immovable object standing in their way when everything clicks the way it did for Kansas City on Thursday night.