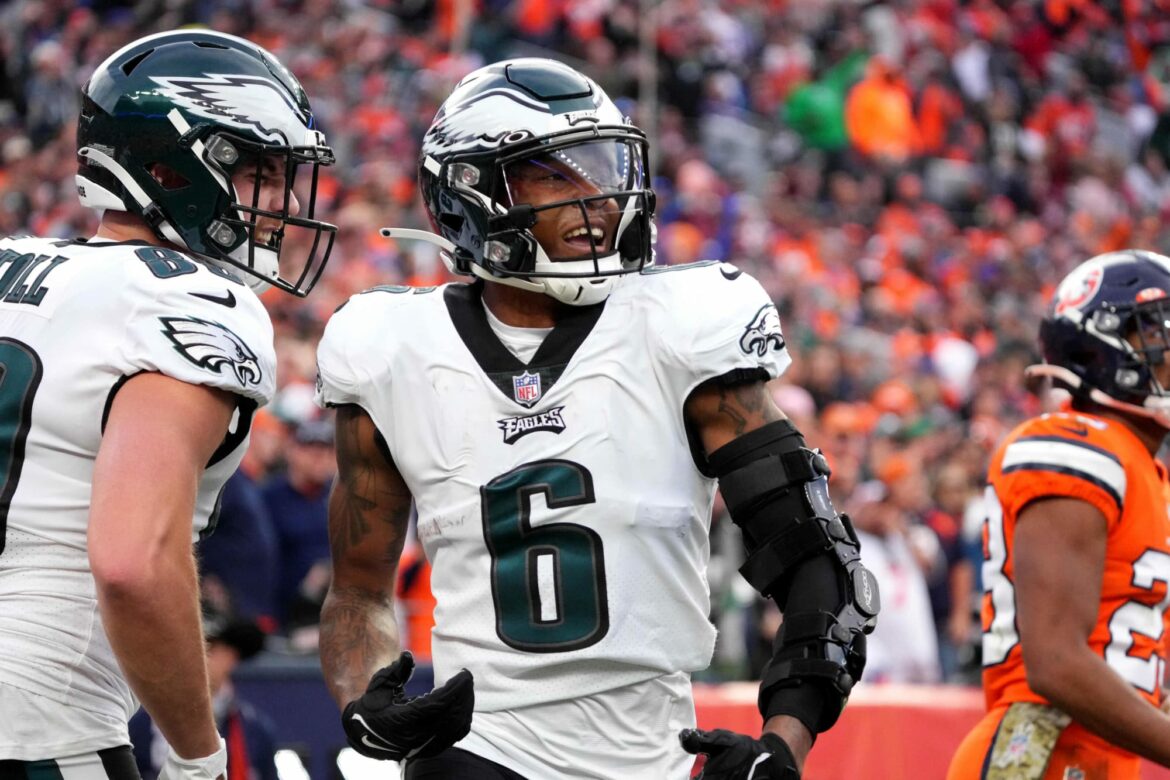 Three former Alabama football superstars exchanged their jerseys after the NFL game played between the Philadelphia Eagles and the Denver Broncos on Sunday afternoon.

This is Jeudy’s second NFL season with the Denver Broncos. His former Alabama teammate Surtain was the Broncos’ first-round pick last spring. Smith went to the Philadelphia Eagles a few picks later in the 2021 NFL Draft. At the end of Sunday’s game, the trio of Crimson Tide legends exchanged jerseys. The only thing missing in this photo was Eagles quarterback Jalen Hurts.

You can tell by the photo that Surtain really wanted to hand his jersey to somebody else. Jalen, where you at?

With the Eagles continuing to prove themselves as road warriors this season, both of these teams are in contention to make the NFL playoffs. However, neither club is anywhere close to the program they once starred for collegiately. While they all chose to play for Saban in Tuscaloosa, they were selected by the Broncos and the Eagles to begin their NFL careers out of Alabama.

No matter how their NFL careers go, Jeudy, Smith and Surtain will always be brothers from their days dominating the SEC while at Alabama. They might play the game they love professionally now, but they will always look back on their days as Alabama teammates together fondly. While they may achieve a ton of success in the NFL, it will be awfully hard to top what they did in college.

Expect for this trio of Alabama football legends to frame their former college teammates’ jerseys.