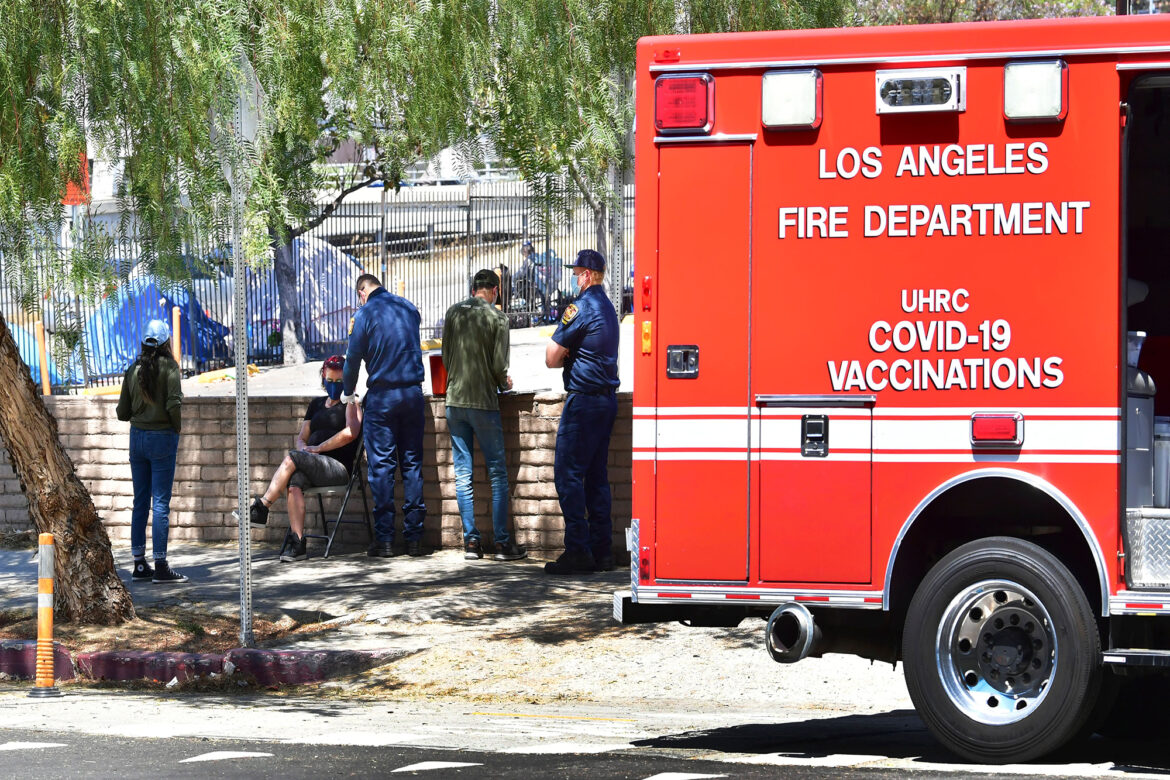 A Los Angeles firefighter allegedly responded to getting a COVID-19 vaccination non-compliance letter by wiping his buttocks with it and throwing it to the ground.

A group that represents African Americans in the Los Angeles Fire Department said the smoke eater dropped his pants and wiped the letter against his backside leaving a visible mark before tossing it, according to LA Times.

“The department is aware of the seriousness of the allegations and took immediate action upon learning of this incident,” LAFD spokeswoman Cheryl Getuiza told the LA Times., declining to comment further on the Nov. 18 incident.

Getuiza confirmed that the firefighter is currently on paid administrative leave and “will face the consequences of any inappropriate acts,” but would not elaborate on his reason for leave, according to The Times.

The incident allegedly took place at Fire Station 69 in Pacific Palisades and was witnessed by an LAFD captain and chief officer, the Stentorians said in a statement to the Board of Fire Commissioners and city leaders.

The statement included a photograph of a man holding up what appears to be a stained document.

The group called the act a “terminable offense.”

“The LA City Stentorians are sickened and disgusted by this horrific display of unprofessionalism,” the Stentorians’ statement said. “To date, we have not heard from anyone from the LAFD administration condemning this act of blatant disrespect and harassment.”

The group demanded “swift and immediate action” from the mayor and Fire Commission “to deter any city employee from feeling entitled and not encouraged but empowered to behave in such an embarrassing and threatening manner.”

On Friday the department was made “aware of an incident where a member responded inappropriately to a hand-delivered letter to comply,” Getuiza told the Times. By Monday, it was being investigated by the department’s Professional Standards Division.

“No matter how our members react, all city employees must abide by the city ordinance — either file for an exemption, get vaccinated, or face termination,” Getuiza said.

All city employees must be vaccinated. Vaccination compliance notices were sent to all workers who have yet to receive their vaccines or exemptions asking them to provide proof of their vaccination by Dec. 18. Those who fail to comply and not sign the notices are to be removed from active duty and their pay halted, according to a memo obtained by The Times.

“I am beyond appalled at such an act by an LAFD firefighter,” Jimmie Woods-Gray, president of the Fire Commission, told The Times on Wednesday.

Los Angeles Mayor Eric Garcetti has not commented directly on the incident, however, spokesman Harrison Wollman said in response to the Stentorian’s statement that the “mayor’s expectation is that fire department leadership will handle this matter definitively, and make it clear that these appalling actions will not deter enforcement of rules that we’ve put in place to save lives,” the Times reported.