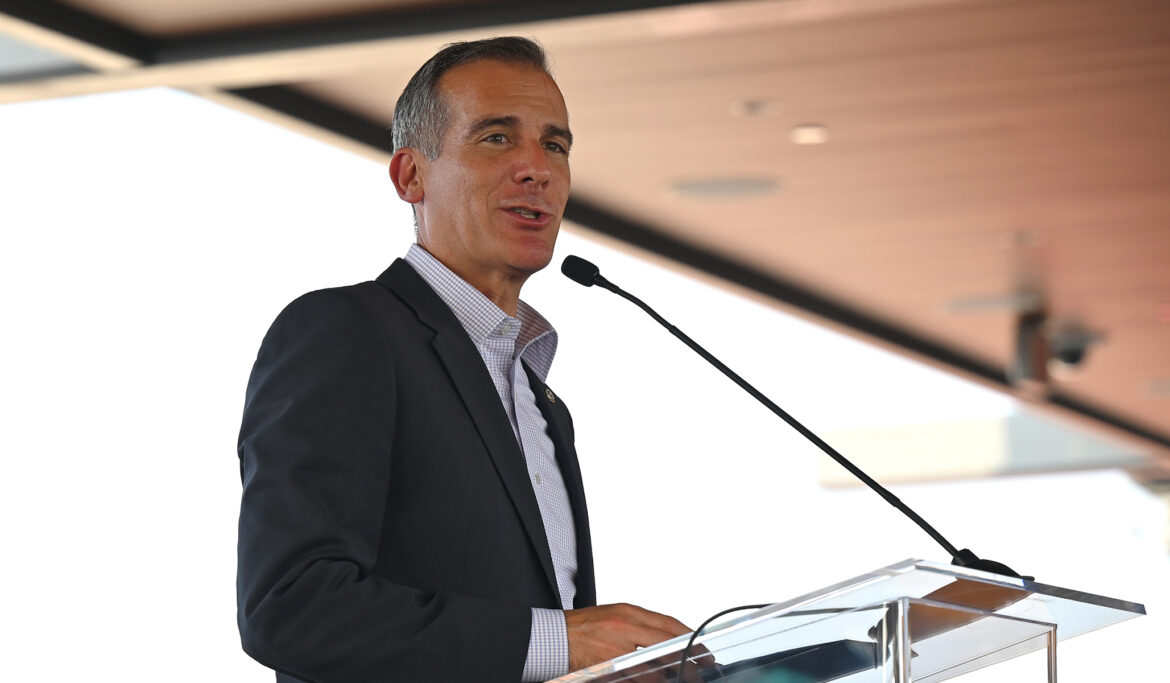 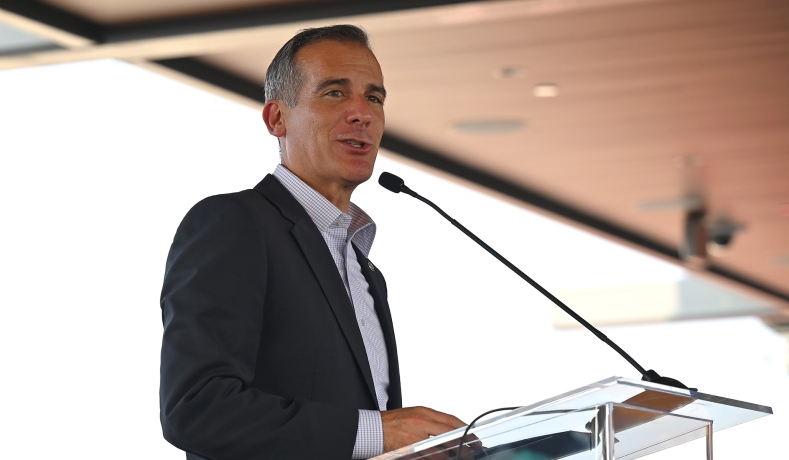 A photo appeared to show the mayor maskless at the game between the Los Angeles Rams and Cincinnati Bengals on Sunday, just two weeks after he was panned for being photographed maskless when the Rams and San Francisco 49ers faced off for the right to compete in the Super Bowl.

LA Mayor @ericgarcetti once again ignoring the mask mandate. That’s the second game in a row (last time he said he was holding his breath), but they are still forcing kids to wear masks every day. pic.twitter.com/PaGRhbye2x

After the playoff game, Garcetti claimed he held his breath while the photo was taken.

“I wore my mask the entire game and when people ask for a photograph, I hold my breath,” he told reporters.

“There’s a zero-percent chance of infection from that,” added Garcetti.

Garcetti was not the only one to appear without a mask during the Super Bowl; Jay-Z, LeBron James, Jennifer Lopez, Ben Affleck and Charlize Theron were all also seen without masks. Meanwhile, many shots of the crowd showed fans without masks.

Here’s the video of every celebrity without a mask during the Super Bowl. But every kid in California will have to be wearing them tomorrow in school. They must all be holding their breaths the entire game. pic.twitter.com/Dc9yVd7RPf

“We’ll consider L.A. County to be out of the surge when we have fewer than 2,500 hospitalizations for seven consecutive days,” said L.A. County public health director Barbara Ferrer.