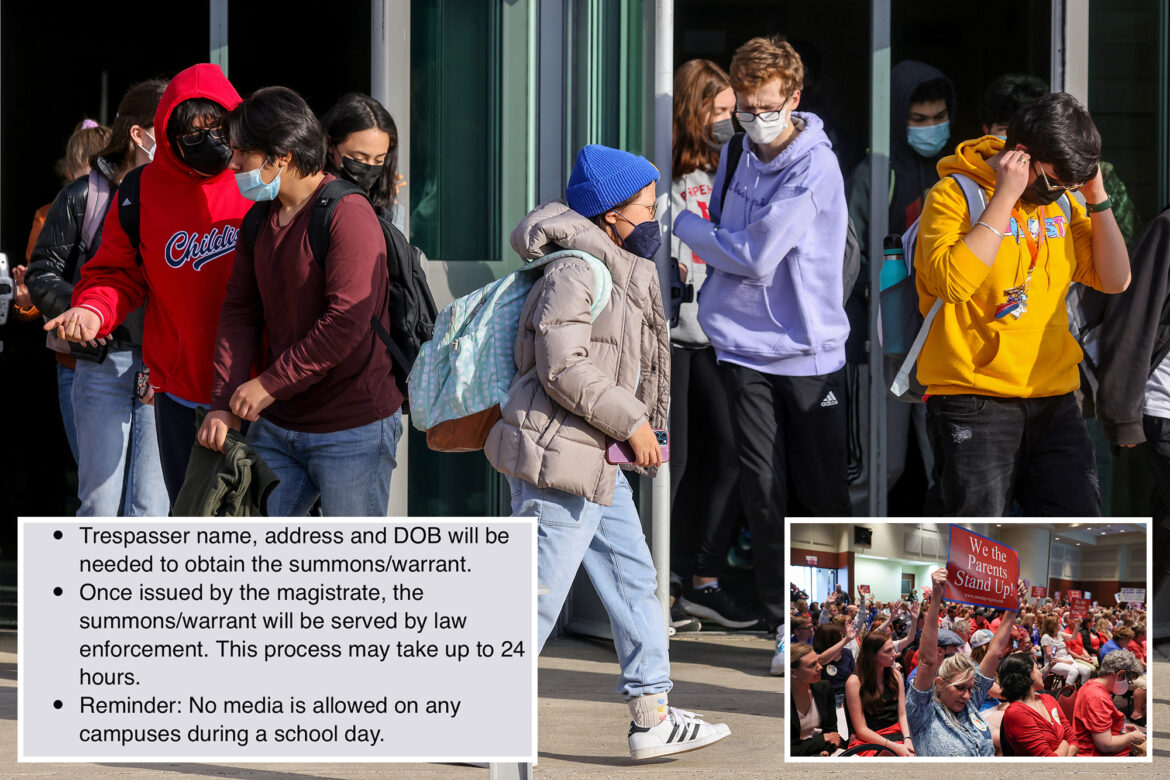 School officials in Virginia’s embattled Loudoun County have been trained in obtaining warrants against parents or students who follow a new statewide order that allows them to forgo face masks on campus, according to a leaked email.

The email’s subject was “Mask Enforcement” in “preparation” for the county’s ongoing mandate in defiance of Gov. Glenn Youngkin’s executive order allowing parents to opt-out of masking their kids.

Clark — a former Secret Service special agent — said there would be an “enhanced presence” of security throughout schools to “ensure strict adherence to visitor management protocols.”

However, he stressed that police school resource officers (SROs) and security staff “will NOT go hands on … without a trespass summons/ warrant” from a judge.

Loudoun County has already become one of the nation’s most divisive school districts.REUTERS/Evelyn Hockstein/File Photo

“If you determine that an individual should be trespassed then a school admin representative, in conjunction with S&S Coordinator Rich Thomas … will proceed to the magistrate to swear out a trespass summons/warrant,” the email said.

“School admin will meet Rich Thomas at the Safety & Security office and then proceed to the magistrate, which is located next to our office.”

Staff were told that “trespasser name, address and DOB will be needed” to obtain the legal documents, according to the leaked email. 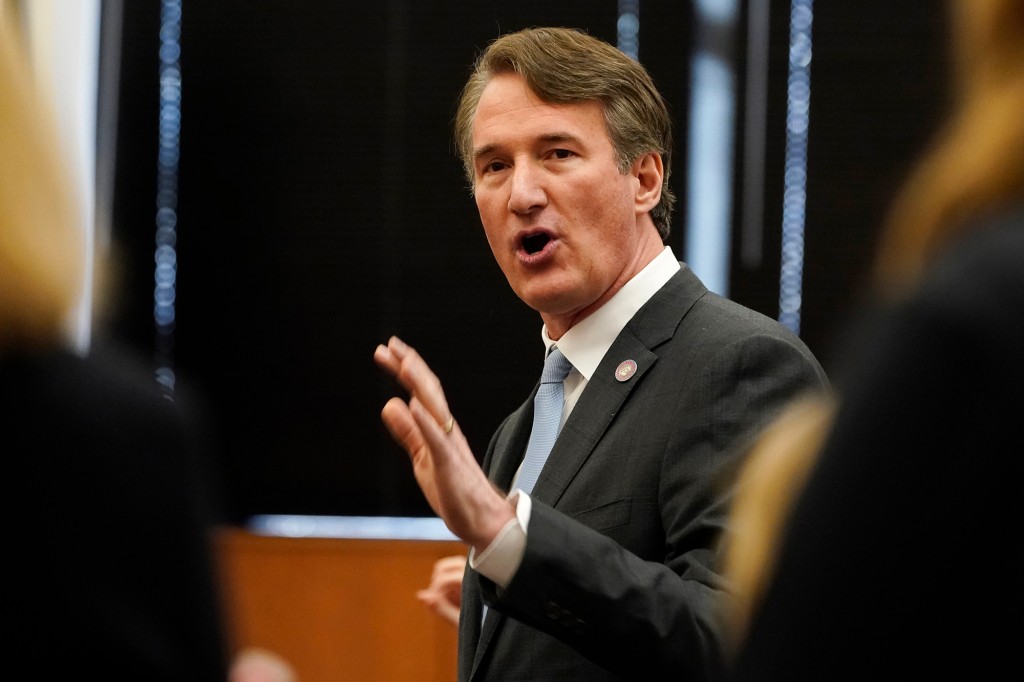 “Once issued by the magistrate, the summons/ warrant will be served by law enforcement. This process may take up to 24 hours,” the email said.

The email was addressed to Clark’s “team,” but was also sent to “all Principals,” according to Ryun, the CEO of American Majority, which “trains conservative grassroots activists & new leaders to be more effective & win elections.”

“As always, threatening or violent behavior should and will be dealt with immediately and without hesitation,” Clark wrote. 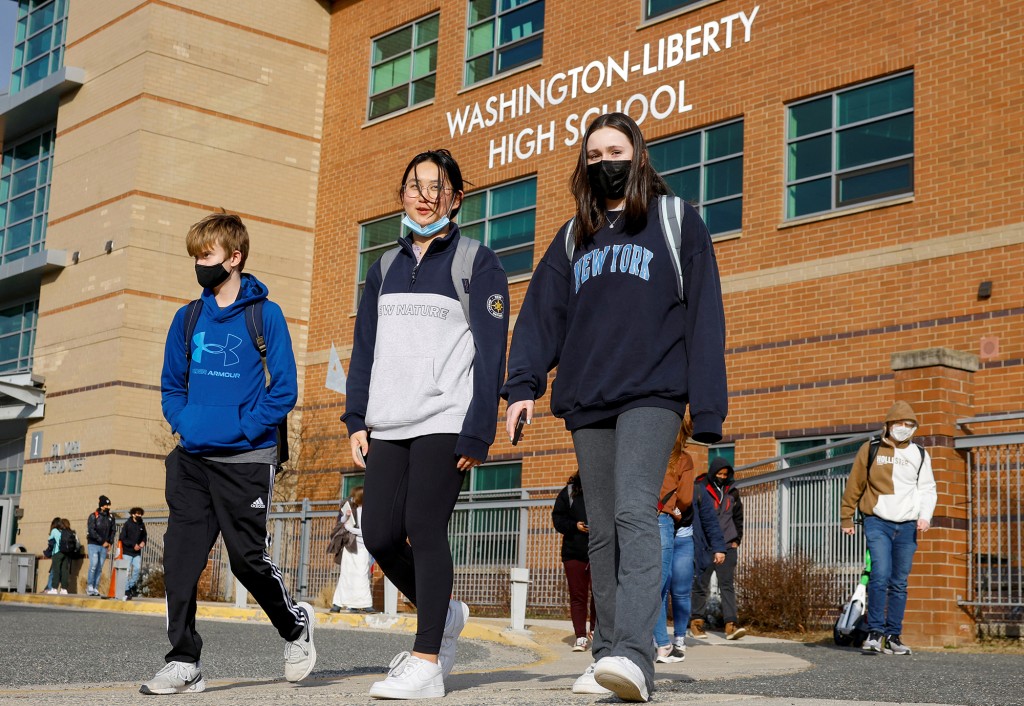 School officials have been trained in obtaining warrants against parents or students without masks.REUTERS/Evelyn Hockstein

Three days after the email was allegedly sent — and two days before it was tweeted by Ryun — schools superintendent Scott Ziegler denied rumors that legal action had already been taken against defiant pupils.

“LCPS does not have the authority to arrest or charge any suspended students or their parents for trespassing,” he wrote.

Friday’s statement did not address the possibility of summonses or warrants, but insisted that the district had “not requested that local law enforcement charge any student with trespassing in connection with recent suspensions.” 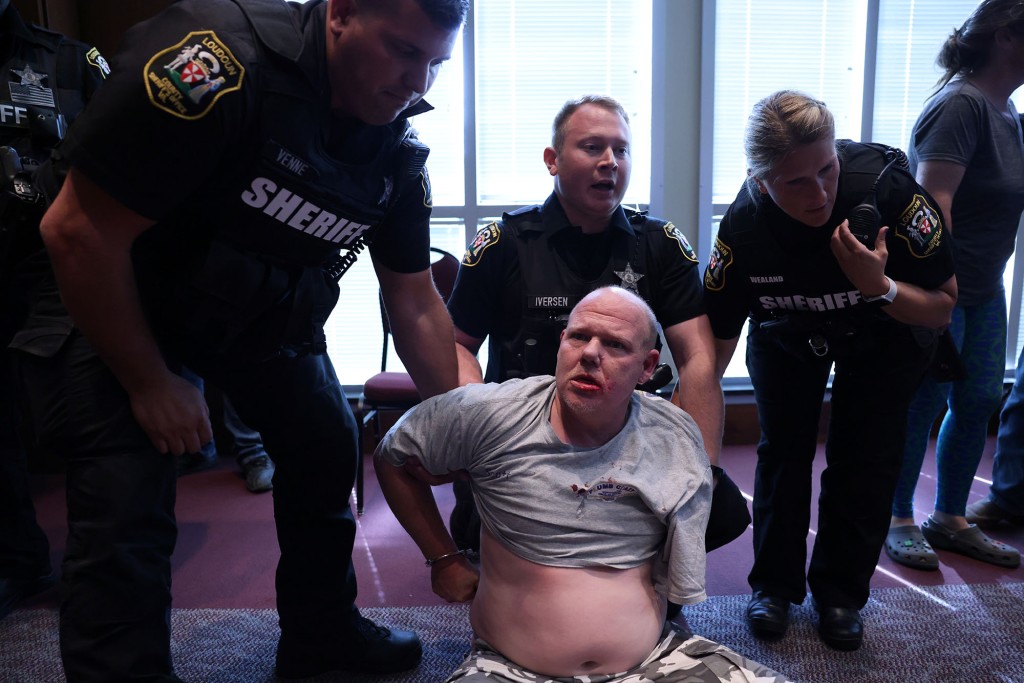 A man is detained after a fight broke out during a Loudoun County School Board meeting, June 22, 2021. REUTERS/Evelyn Hockstein 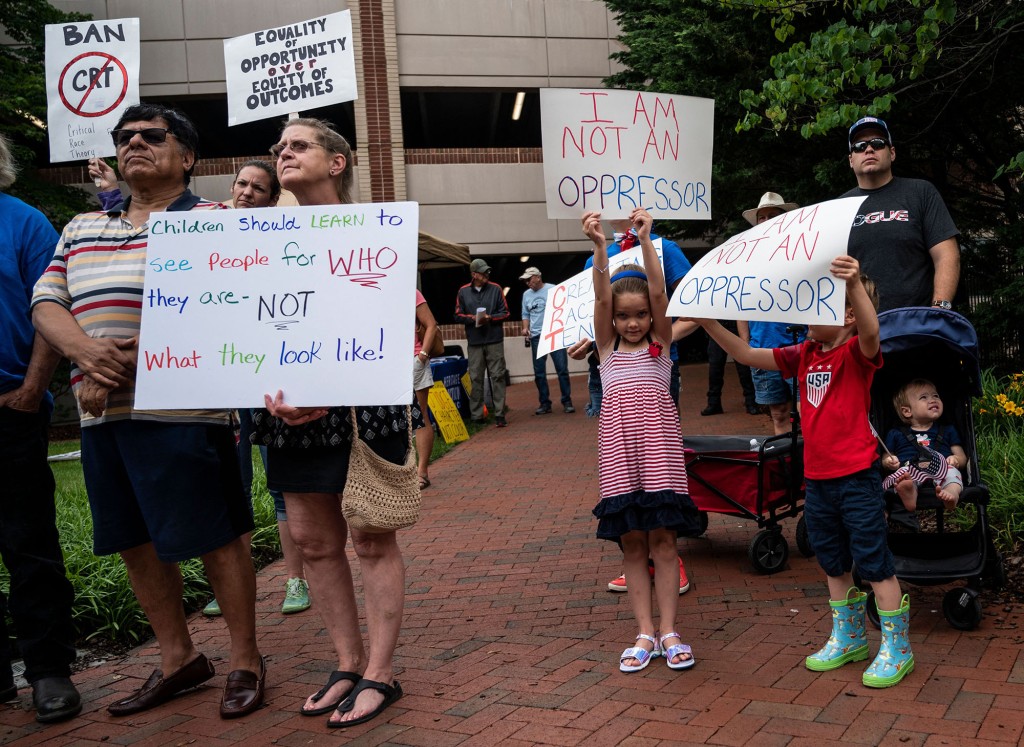 Students who decline to follow COVID-mitigation protocols, such as wearing required face coverings after repeated warnings and redirection, may be suspended, he confirmed.

“Any student who is suspended from school and returns to school property, without administrative permission, may be issued a trespass notice.”

However, “students suspended for defiance of COVID mitigation protocols will not be charged with trespassing,” he insisted. 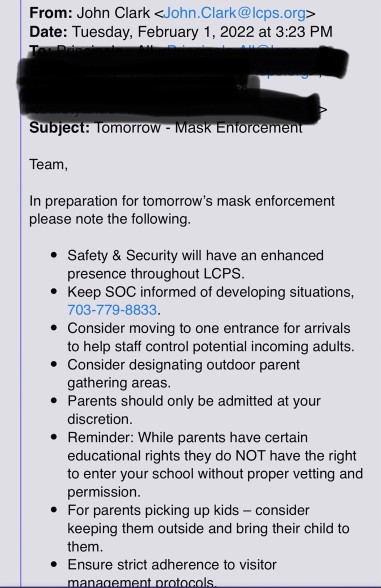 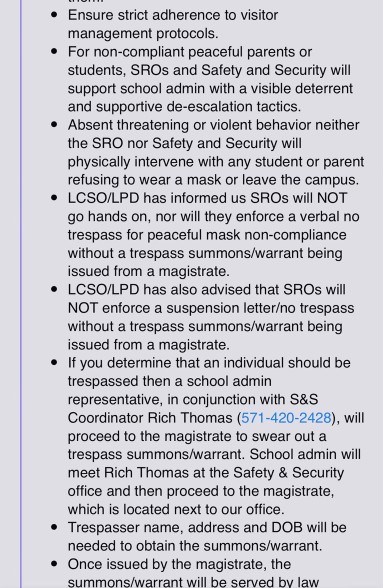 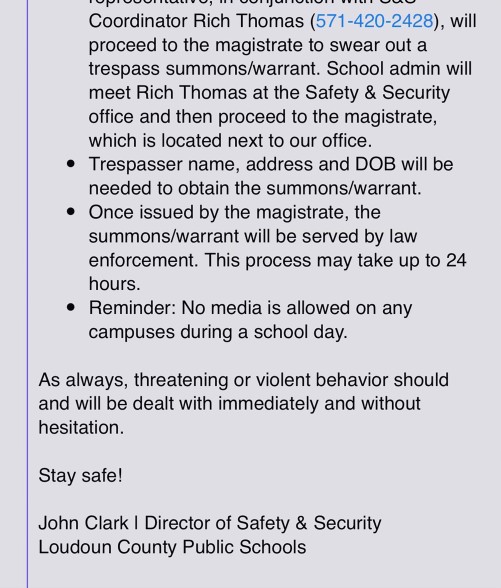 “We want to assure the community that our primary goal is to keep students in school, learning, and safe,” he wrote.

Loudoun County has already become one of the nation’s most divisive school districts, with parents angrily railing against critical race theory and a skirt-wearing teen sex attacker who was secretly allowed to transfer high schools, where he struck a second time.

It has also become a prominent hold out on Youngkin’s executive order prohibiting school systems from enforcing mask mandates in the classroom, made on his first day in office. 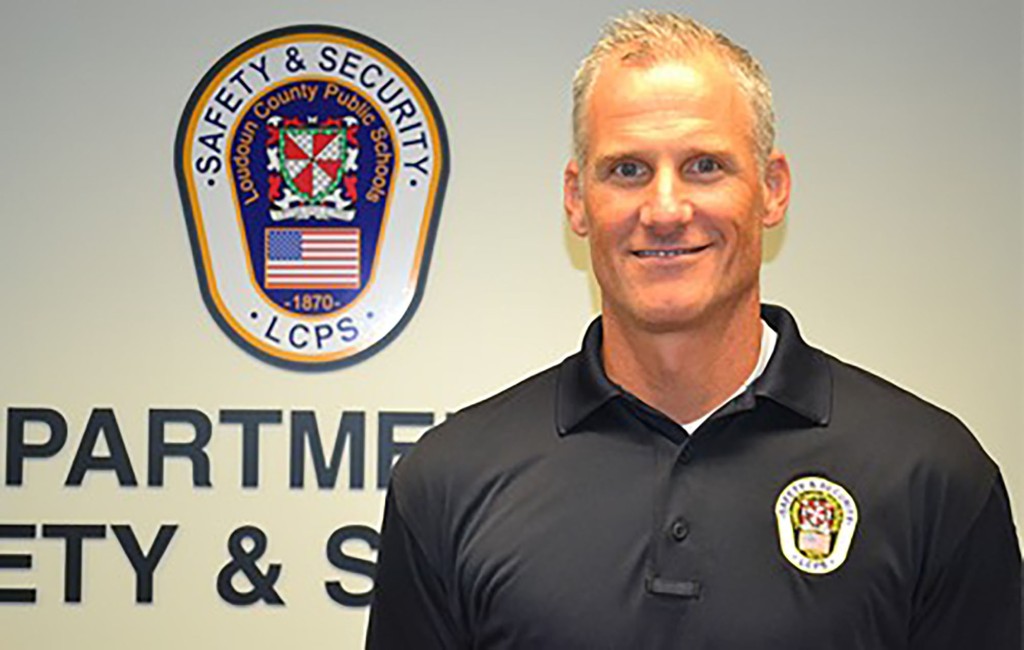 Loudoun County Public Schools Director of Safety and Security John Clark said there would be an “enhanced presence” of security.

The Republican governor and his Attorney General Jason Miyares won their latest legal victory Monday when the Supreme Court of Virginia rejected a petition seeking to invalidate it.

“To be clear, this is not about pro-mask vs. anti-mask, but rather parents making decisions about what’s best for their child’s health,” Youngkin tweeted, saying he was “pleased by the dismissal.”