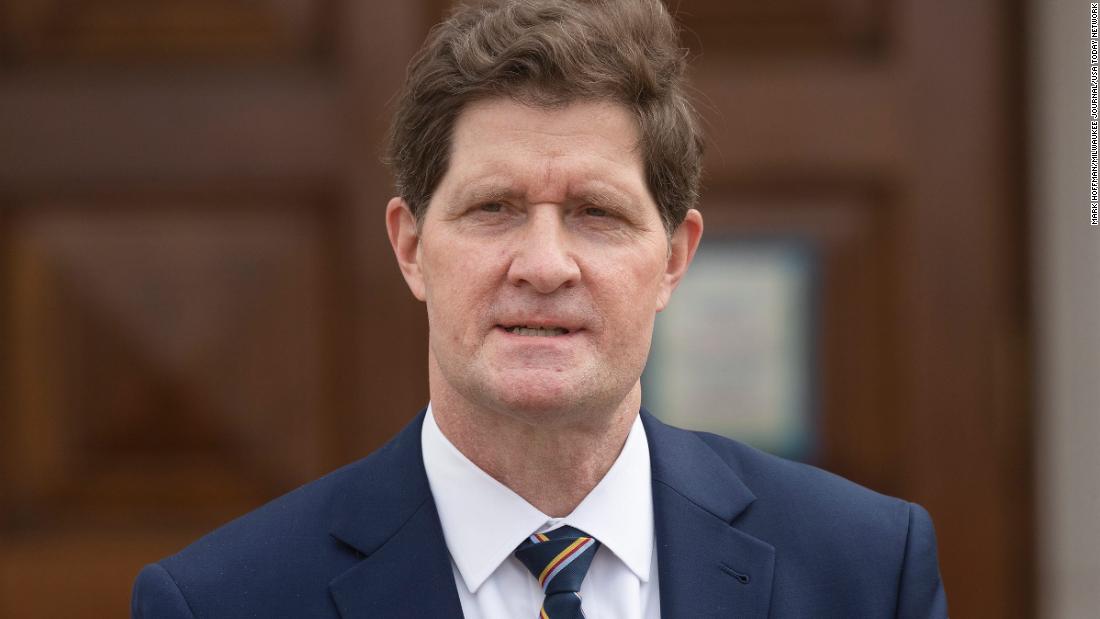 An assistant prosecutor who was assigned to a domestic violence case against Brooks was handling a jury trial and almost two dozen felony cases when she reviewed Brooks’ most recently posted bail, which was $500, related to a reckless endangerment charge, Chisholm said. The unidentified assistant district attorney, who was overloaded with cases, decided to double the bail amount to $1,000, he added.

The mistake by the assistant district attorney was due to her not having access to a critical risk assessment for Brooks because it had not yet been uploaded to the office’s case management system, he said.

Chisholm, who has been a longtime champion of efforts to reduce mass incarceration by using the discretion afforded to prosecutors, said that a higher cash bail should have been recommended for Brooks.

“Given the volume of cases she was dealing with, she simply charged the case, she looked at the previous bail, and saw that it was $500 and she doubled it,” he continued. “That’s a mistake. That’s human error. It set in motion a chain of events that resulted in a tragedy.”

“I put the finger on myself and that’s my obligation, that’s my responsibility,” Chisholm added.

He said that his office will employ a process called sentinel event review to learn from the errors in the case through an ongoing practice that examines the causes, successes and failures of an incident.

When he ran for office in 2006, the district attorney committed to a program that seeks to connect individuals charged with low-level offenses to services that matched their assessed risk and divert people determined to be high-risk, such as violent offenders. Chisholm said Thursday that this system was in place when Brooks was released and “should have been followed.”

“There was a public safety assessment that was done that characterized this situation as a high-risk situation. Our default position in this case because of the laws in Wisconsin is that we recommend higher amounts of cash,” he said, in describing what should have happened in Brooks’ case.

Suspect was out on bail for two allegations of violence

Brooks faced five charges related to the incident, including domestic abuse, and was also charged with bail jumping because he was already out on bail in connection with a separate incident in July 2020, court documents say. In the 2020 incident, Brooks was accused of firing a handgun during an argument and was charged with two counts of second-degree recklessly endangering safety while using a dangerous weapon and one count of possession of a firearm by a felon.

Bail had initially been set at $10,000 in that case, but because Brooks had asked for a speedy jury trial — which could not be met — bail was reduced to $500. He was then released on bail in that case on February 21, the district attorney’s office said.

Separately, Brooks pleaded guilty in Nevada to statutory sexual seduction in November 2006, according to court records, and is a registered sex offender in that state.

Hours before Brooks drove his SUV through the Waukesha parade, he was involved in a domestic disturbance and left the scene, according to Waukesha Police Chief Dan Thompson.

Chisholm previously said his office was conducting an “internal review of the decision to make the recent bail recommendation,” related to the domestic violence incident in early November.

DA said his office is ‘overwhelmed’ with cases

Chisholm, who took office in 2007, has said his office should focus on keeping violent people in the system and non-violent people out — an approach notably in line with national “bail reform” efforts.

Bail reform aims to curb or eliminate cash bail for people who are in jail awaiting trial if they are charged with misdemeanors or nonviolent offenses. The purpose is to make the system more equitable for those who cannot afford to pay their bonds.

Law enforcement leaders have targeted bail reform efforts as a contributing factor to the surge in violent crime rates, however, data shows that only a small percentage of defendants released on bail are committing violent crimes.

A 2020 Loyola University Chicago study found that 97% of defendants released pretrial in Cook County were not charged with a new violent offense, based on court data from 2017 to 2019.

“You can’t pin cash bail to the spike in violent crime because, for one thing, cash bail affects mainly low-level non-violent offenders,” Jody Armour, a professor of law at the University of Southern California, told CNN in the summer.

Moving forward, Chisholm said on Thursday, there should be an “honest assessment” of the purpose of bail. The district attorney said he is opposed to cash bail because it “doesn’t do a good job of assessing risk.”

“That doesn’t mean I don’t think that some people need to stay in custody until their case is tried. That’s called the preventative detention framework. We have a statute that allows for that, it’s simply unworkable,” he added.

Nationwide, prosecutors have been challenged to navigate a criminal justice system that has been largely disrupted by the pandemic and tasked with mitigating the risk of exposure to Covid-19 that comes with defendants going to court and jail.

Chisholm said during Thursday’s meeting that his office and the system are “overwhelmed” and has lost six assistant district attorneys since 2018, including two in the domestic violence unit, due to a cut in federal funding.

“We generally try about 500 matters to a jury or court trial every year. Because of the pandemic, we’ve had to constrain some of that, and that, in turn, affects other parts of the system,” Chisholm said.

The county’s chief judge, Mary Triggiano, said during the meeting that the county has a backlog of 1,600 felony and 3,100 misdemeanor cases, which is what caused Brooks’ bail to be lowered to $500 earlier this year in relation to the 2020 incident.

Chisholm said while it does not excuse Brooks’ low cash bail, the assistant district attorney assigned to his case did not have ample time to make a decision.

“It puts it in context that when you’re dealing with high-volume triage and trying to sort what the most serious offense is, get the case in the system and move on to the next one, sometimes errors can occur,” he added.

The district attorney’s office previously said in a statement that the state’s bail recommendation in Brooks’ case was “inappropriately low in light of the nature of the recent charges and the pending charges” against him.

“The bail recommendation in this case is not consistent with the approach of the Milwaukee County District Attorney’s Office toward matters involving violent crime, nor was it consistent with the risk assessment of the defendant prior to the setting of bail,” the office’s statement reads.