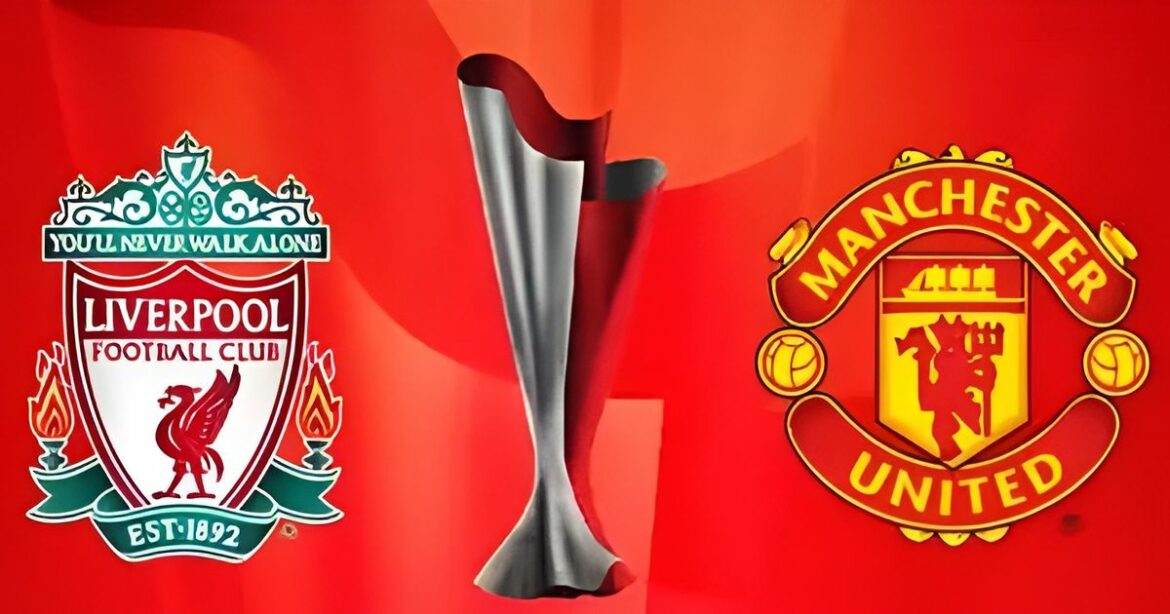 Erik ten Hag will take charge of Manchester United for the first time on Tuesday when his side face Liverpool in Bangkok in their opening match of pre-season.

United arrived in Thailand over the weekend and have been put through their paces by Ten Hag ahead of their first test against Jurgen Klopp’s side on Tuesday afternoon.

United were thrashed by Liverpool in both of their meetings last season, and although this is only a friendly match, new manager Ten Hag will be eager to see his side put in a solid performance against their fierce rivals.

In terms of early team news, Raphael Varane, Scott McTominay, James Garner and Axel Tuanzebe missed open training on Monday while club captain Harry Maguire took part in an individual session. Klopp has confirmed Darwin Nunez and Fabio Carvalho will both be in the Liverpool squad.

Join us for coverage LIVE from the Rajamangala Stadium.

The atmosphere is building

Jackson is performing at the moment – not Jamie of the Guardian, I hasten to add. Whoever he is, he’s popular as the stadium is rocking and a lot of people are already inside.

Few of us took a sprightly walk on the last leg of the journey after our taxi driver helpfully pulled over for a safe stop. The rain stopped as well, so a colleague did not need to bring their hairspray.

How United should line up vs Liverpool

Manchester United will play Liverpool in a pre-season friendly on Tuesday afternoon.

The fixture will be United’s first pre-season match this summer and Erik ten Hag’s first in charge of the club since he was appointed on a three-year deal with the option of an additional year. The match against Liverpool will be played in Bangkok, Thailand.

Cristiano Ronaldo is not on United’s tour due to family reasons, but club sources have insisted Ten Hag isn’t being sidetracked by the 37-year-old’s absence from pre-season. Ronaldo rocked United this month after revealing his desire to leave.

With Ronaldo absent, United’s only centre-forward is Anthony Martial – who has spent more of his United career on the wing – in their 31-man tour squad.

A few reporters have finally made it through the traffic.

United could be without two key players vs Liverpool

United might be without Raphael Varane and Harry Maguire for the friendly with Liverpool.

Varane missed training at the Rajamangala Stadium on Monday and Maguire trained separately from the rest of the squad, going through running drills with a fitness coach.

United have been training at the STB Academy since they arrived in Thailand on Saturday, but as part of the build-up to the clash with Liverpool they held an open training session at the venue.

Liverpool have confirmed summer signings Darwin Nunez and Fabio Carvalho will be involved in today’s friendly with United.

Darwin Núñez could make his Liverpool debut vs United

Getting to the Rajamangala Stadium is quite an experience tonight. Not only are thousands of fans trying to get to the national stadium, but the usual Bangkok traffic chaos is being added to by the fact that it’s a three-day Buddhist holiday in Thailand starting tomorrow, with schools breaking up and more people in the city than usual. The stadium is around 18km outside the central hub of this sprawling city, but current estimates suggest an hour and a half to two hours in a taxi. With United’s history of arriving late for games on coaches, they might want to set off from their city centre hotel pretty soon.

United fans are hungry for new signings, and they might get to see one in action later today.

Tyrell Malacia became Erik ten Hga’s first signing at Old Trafford and he is in the squad to face Liverpool in Bangkok.

Ten Hag sends message to Liverpool ahead of friendly

Erik ten Hag insists that United must try and win every game they play ahead of a pre-season curtain-raiser with Liverpool in Bangkok.

The Dutchman will take charge of his first United game in a sold-out Rajamangala Stadium on Tuesday and it’s a familiar foe that awaits them in Thailand.

How United could line up today

Raphael Varane and Harry Maguire did not train with the squad at the stadium yesterday evening, so if they are not available then it has to be Victor Lindelof and Eric Bailly at centre-back. Tyrell Malacia comes in for the sake of variety as he is an actual signing.

Donny van de Beek and Fred is never a long-term United midfield but it will have to do for a friendly. Facundo Pellistri seems more prepared for the right-sided slot than Amad and Jadon Sancho played his best football for United on the left. Marcus Rashford is likelier to stay at United longer than Anthony Martial and has performed more recently, although that was almost two years ago.