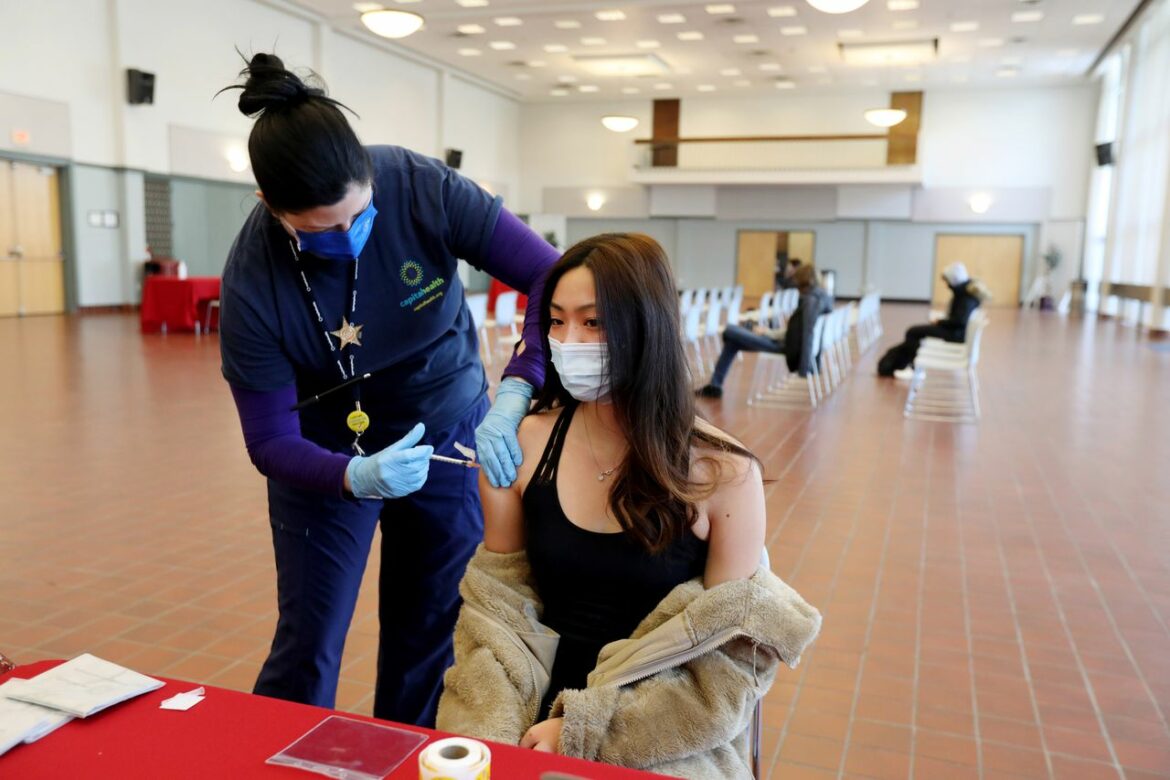 Around January, a disconcerting trend was emerging in the Hackensack Meridian hospital system.

Many of the patients and staff who tested positive for the coronavirus were fully vaccinated — they had received their primary shots, plus if they were eligible, the booster. The common thread? They were more than four months out from their last primary vaccine series or booster.

“We saw this a lot,” said Dr. Daniel Varga, the chief physician executive of Hackensack Meridian Health, one of the state’s largest hospital systems. “Breakthrough infections that we saw virtually never happen in the first four months after somebody either completed their primary immunization series or got their booster.

“So [for] the first four months, we had virtually zero breakthrough cases. Then in the fifth month, or the sixth month, the cases just started breaking through.”

The pattern that unfolded at Hackensack Meridian falls in line with what public health experts are finding across the country: The booster’s potency wanes after roughly four months. The drop in protection against hospitalization — from about 91% to 78% — has prompted the Food and Drug Administration to consider authorizing a second booster by the fall, according to a report in The Wall Street Journal.

U.S. health officials have said a second booster — or fourth shot overall for those who received the Moderna or Pfizer vaccines — is not yet needed and it is too soon to know when an additional shot is required for most Americans. But the Centers for Disease Control and Prevention has recommended a second booster for immunocompromised people.

“We simply don’t have enough data to know that it’s a good thing to do,” Dr. Peter Marks, who oversees the FDA’s vaccine division, told The New York Times. He added that the fall might be a logical time to offer another booster, given the tendency of COVID-19 cases to rise as the return of school and colder temperatures result in more people congregating indoors.

Dr. Anthony Fauci, the White House’s chief medical advisor, told The Times that even though the potency of a booster appears to decline after about four months, 78% is still good protection. He said what remains to be seen is how potency continues to drop as time passes.

“Because of those decreasing levels of antibodies, it’s getting more and more likely that another booster will be necessary,” said Dr. Suraj Saggar, the chief of infectious disease at Holy Name, a medical center in Teaneck. “What’s unclear is will it be targeted for certain age groups — let’s say 16 and over, or 18 and over, or 18 to 60 with certain medical conditions? Or will this be for everyone?

“The second thing that’s still unclear is whether this will be something that’s more targeted for omicron — if that indeed remains the prevailing variant — and even though it’s died down now, if it comes back in the fall and winter? And will it be the same booster, or will it be an omicron-specific booster? Or will it be a booster for any other variants that might emerge? We don’t know.”

The uncertainty looms as millions of people are approaching a critical juncture in the pandemic.

Many who received a booster shot when it became widely available in the fall have reached the four-month mark. Some who contracted COVID-19 during the omicron surge have infection-acquired immunity, but the levels vary from person to person, as does the length of time it may offer protection.

“We know that after four months, the antibody levels do drop,” Saggar said. “But does that mean anything statistically significant in terms of people getting infected, getting moderate to severe disease, critical disease or death or hospitalization? That is to be determined.

“This is all unraveling in real time. We have to look at all the data. It takes time for the data to be accumulated and analyzed in a scientific manner.”

Varga says studies will look for patterns in people who were fully vaccinated (which includes the booster) and still contracted COVID-19.

“Were there any distinguishing characteristics about that population, because obviously some [fully vaccinated] people didn’t have a breakthrough infection?” he said. “Break them down — male, female, young, old, chronic illness, no chronic illness, etc., etc., to see what their antibody level was, their T-cell response, etc. We only know one real data, and that is that for the fully vaccinated, we saw they still had breakthroughs, most of them occurred four months beyond when they got their last shot.”

The omicron variant was more infectious than previous strains, and some studies on the delta variant, which immediately preceded it, indicated that it led to more reinfections six months later — as immunity apparently waned.

How the COVID vaccine can save your life.

When a person contracts COVID-19 or is vaccinated, antibodies form a first line of defense against another attempt by the virus to enter the body and infect cells. If the virus does enter the body, such as omicron managed to do more sweepingly than other variants, T cells kick in, killing infected cells while B cells produce new antibodies.

“It’s very important when they work in concert,” Saggar explained. “The idea is to have a combination of B cell and T cell immunity.”

Some scientists are calling for more research into T cell immunity, which some studies abroad have indicated could last many months, and even years, under certain circumstances.

The possibility of a second authorized booster comes as New Jersey is in the midst of a campaign, which began Feb. 23 and goes through March 1, to encourage people who have gotten their primary vaccine shots to also receive a booster.

More than 2.9 million people, about half of those who are eligible, have gotten a booster.

“As we look at the breakdown of breakthrough cases, it becomes obvious that having your booster not only increases your ability to stop the virus, but it also dramatically decreases your odds of landing in the hospital or worse if you do contract the virus,” Gov. Phil Murphy said at his Feb. 16 COVID-19 briefing.

Currently, people 12 and older can get a booster. Those who received a Pfizer or Moderna shot are urged to get the booster at least five months after completing their primary series. Those who got a single-dose Johnson & Johnson shot can receive a booster at least two months later.

More than 6.7 million of the 8.46 million eligible people who live, work or study in New Jersey have received the initial course of vaccinations, and more than 7.6 million have received a first dose since vaccines were first offered on Dec. 15, 2020.

More than 18,000 breakthrough cases were recorded among the 2.88 million people who received booster shots on top of their initial vaccine course, leading to 508 hospitalizations and 95 deaths.

Health experts believe if the FDA authorizes a second booster, it could lay the groundwork for an annual COVID-19 vaccine.

“They’re going to be trying to balance the fact that we know immunity wanes, we know breakthroughs increase as immunity wanes,” Varga said. “And so when do you boost optimally, so that you’re not actually sending people through vaccination every three months? That doesn’t make a lot of sense. You want to do it with a periodicity where the cost benefit of that is optimal.”

Our journalism needs your support. Please subscribe today to NJ.com.