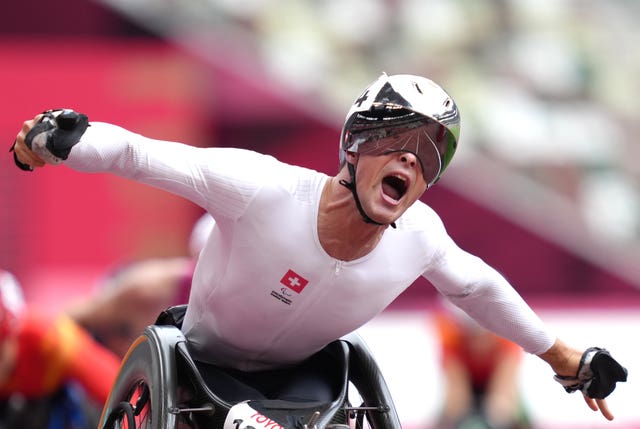 The International Paralympic Committee made a dramatic U-turn on Thursday to counter threats of a widespread boycott having announced less than 24 hours earlier that athletes from the two countries would be allowed to compete under a neutral flag.

“You can make any decision, it’s very hard for everyone. But now I think it’s a good decision because it follow the decisions of other associations and the IOC (International Olympic Committee).”

He is bidding to win the award for a second time having lifted it in 2018 and faces competition from British cyclist Dame Sarah Storey, tennis stars Diede De Groot and Shingo Kunieda, triathlete Susana Rodrigues and Jetze Plat, who became Paralympic champion in both cycling and triathlon in Tokyo.

“It means really a lot to me,” said Hug. “I was really happy when I got this message.

To have this disabled category, it’s great for us. It’s something that we cannot take for granted.”

“I think it’s not possible to top it,” he said. “But I’ll try to make it as close as possible. After the season last year, I needed some time, have some rest, a holiday. To reflect about last year but also my whole career.

“I really had to think about what are my goals in my sport but also in life.