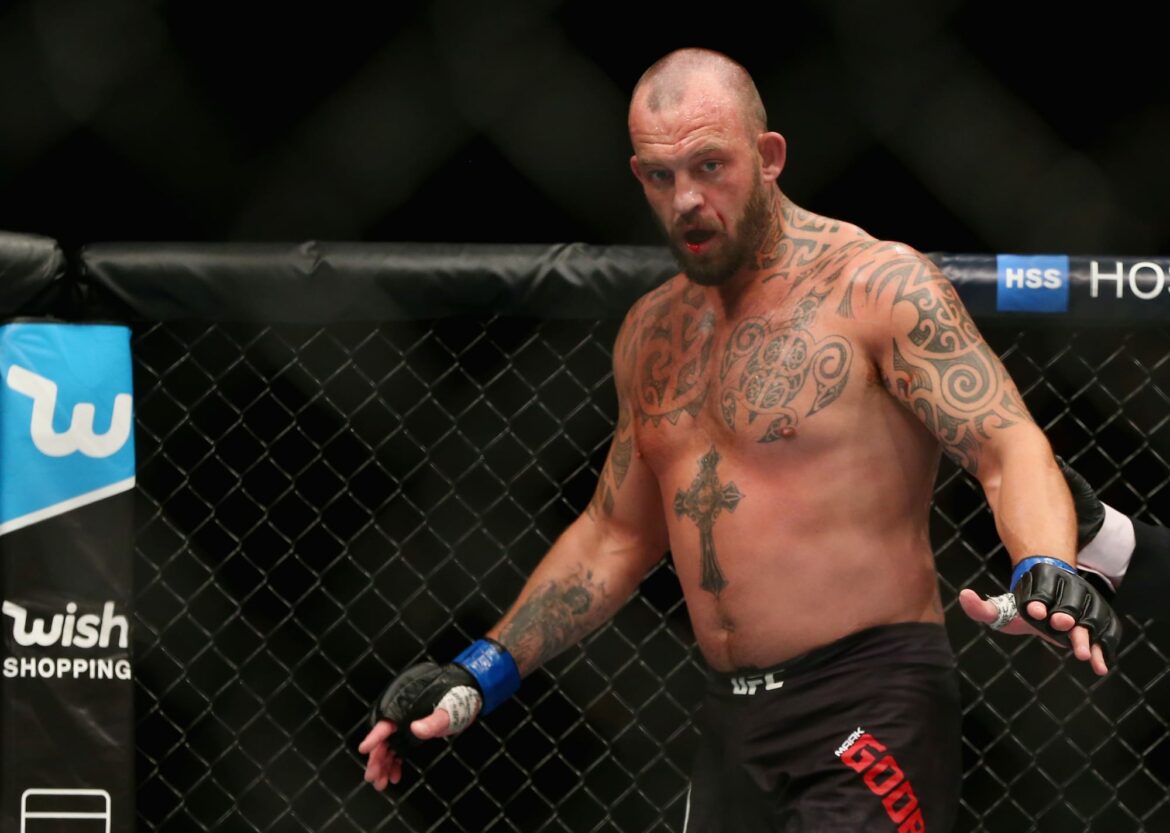 Mark Godbeer was once an MMA fighter who has found his way into the world of bare-knuckle boxing. His journey into combat sports is atypical.

Most athletes in combat sports start their warrior’s journey at a young age. Many begin wrestling or martial arts training as adolescents. In that regard, Mark Godbeer is unique.

Godbeer’s entry to combat sports started at a bar in southern England. Godbeer and his friends were tipping back drafts, and a UFC fight was playing on the TV. In-between beverages, the battles on the screen grabbed Godbeer’s attention and changed the course of his life.

Godbeer was celebrating his 25th birthday. He felt a little lost in life, but the MMA action on the screen filled Godbeer with a purpose he didn’t fully understand. He just knew that MMA was his future.

“I never walked into a gym until I was 25 years old,” Godbeer told FanSided. “Never stepped foot in any combat gym till I was 25 years old. Basically, I was drinking all the time. You know, I still like a beer. Now, I’m not gonna lie, but I was drinking all the time. And then I was sat in the pub, and it was on my 25th birthday. And on my 25th birthday, I was watching TV, and UFC was up on the TV in the pub. And I said to my mate, it was my friend, I said, as I pointed it up, and I was like, ‘I’m gonna do that.’”

Godbeer’s friends reacted with laughter. Halfway into your 20s isn’t the time most people pick up MMA. Godbeer’s friends thought that he liked beer too much to truly dedicate himself to the spartan lifestyle of a fighter.

Their laughter lit a fire in Godbeer’s heart. Them telling him that he couldn’t become an MMA fighter was all the inspiration Godbeer needed to transform his life and his body. He had his first MMA bout five months later, which he won by knockout.

Most people can’t become successful MMA fighters in five months. Godbeer had some natural gifts on his side. His 6-foot-4 height and 250-pound size helped produce heavyweight punching power. Godbeer grew up in a working-class area in council estates. He was used to fighting in the streets to settle differences. His first bare-knuckle fights took place on sidewalks near his home.

Many people consider scraps against schoolboy antagonists as a rough right of passage. For Godbeer, it was a way of life. You had to do it to maintain credibility in the neighborhood of Bridgwater in the U.K.

“If you didn’t fight, if you couldn’t look after yourself, you were at the bottom of the pecking order, you know,” explained Godbeer. “It’s like, go get this. Do this. Do that. So all through growing up, like, you know, I was always fighting or had to fight.”

MMA became Godbeer’s life. Eight years after vowing to become a UFC fighter in the pub on his 25th birthday, Godbeer made good on his word. He made his UFC debut on Nov. 16, 2016. It was a losing effort, but Godbeer fought numerous bouts in the UFC and Bellator.

Today, Godbeer has a 13-5 record as an MMA fighter, but several injuries interrupted Godbeer’s time in the octagon.

Godbeer was training for a Bellator tournament but suffered a horrific injury three weeks before.

“I was wrestling,” recalled Godbeer. “I got picked up. I got slammed on my neck. And then, from that point, I couldn’t feel my arm. I lost all the feeling in my arm. My arm went completely dead. And basically, I was paralyzed down through one side.”

Godbeer went to the hospital and found out that he cracked his C-6 and C-7 vertebrae. The discs in his back were so severely compressed that his nerves were bulging out between them, which is why his arm went dead. That also happened to be his moneymaking right arm, which delivered him so many knockouts.

Godbeer had two surgeries to repair his back and was told that he would never fight again. That word “never” again stuck between Godbeer’s ears. He was as determined to prove his doctors wrong as he was with his friends on his 25th birthday. He fought 18 months later in Bellator.

Although Godbeer lost that fight, he proved a point to himself. His belief in his abilities continued to provide for him. Godbeer rushed his recovery but has fully healed since then. However, life hasn’t been easy for Godbeer.

Godbeer has won and lost and suffered more injuries along the way. Just when he thought he might be done with combat sports, Godbeer got an offer to compete as a bare-knuckle boxer. His right hand once again won him fights.

Godbeer amassed three wins in a row and is undefeated as a bare-knuckle boxer. He has had several fights canceled in recent times. The pandemic had a lot to do with it. He saw a significant bout canceled after he contracted COVID-19.

“I went to hospital, and then they kept me in hospital,” said Godbeer. “I ended up with double pneumonia on my lungs.”

Godbeer hasn’t fought since 2019, but he’s got another big opportunity coming up. He makes his Trigon debut at BYB 9 on March 12 against Josh Burns. Godbeer is anxious to prove that his right hand is still the devastating weapon that it was when he was 25.

Godbeer is an easy fighter to like. Outside of combat, he possesses no ego. He sports a broad smile and is a loving father to his young daughter. Godbeer seems like the type of guy you could have a few pints with while watching the game.

In a fight though, ‘The Hand of’ is a vicious puncher. He doesn’t like to be told what to do or what he can’t do. Those types of words end in a Godbeer victory.