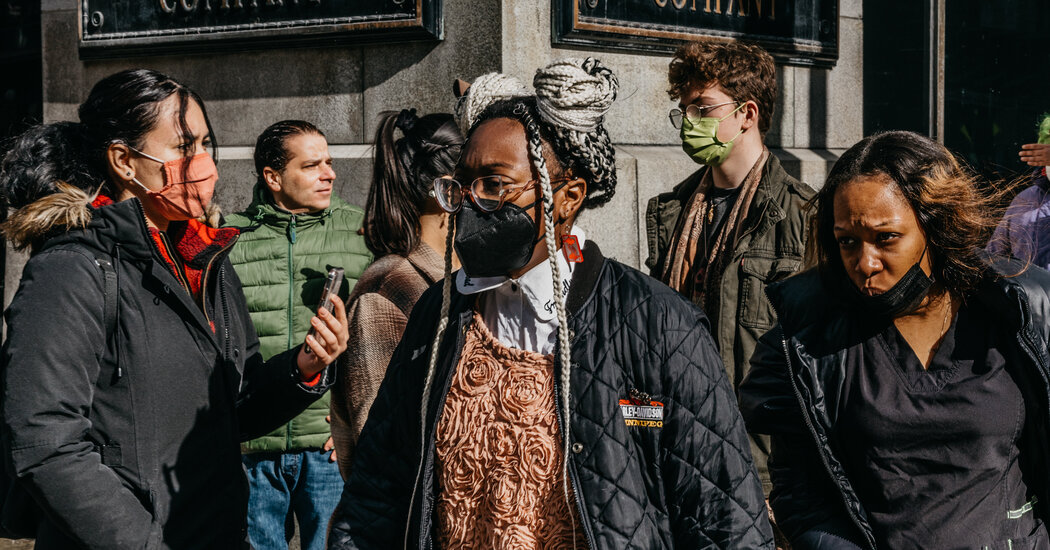 The details and timelines of the policy rollbacks varied widely from place to place.

In Illinois, Gov. J.B. Pritzker said he planned to lift indoor mask rules in most places, though not schools, at the end of February if hospitalizations continued to drop. In Washington, Gov. Jay Inslee said that next week he would end the state’s outdoor mask mandate and announce an update on its indoor mandate, while Oregon officials said masking rules would be lifted by the end of March. And in Rhode Island, Gov. Dan McKee said he would lift his order on masking in schools in early March and in most other settings this week.

Still, some questioned the timing. Joe Basilone, a coffee shop owner in Chicago, said it all felt too early to him. He said he planned to continue asking his employees to wear masks after the mandate lifted, but would not require it for customers.

“I mean, am I tired of wearing a mask? Sure, I am,” Mr. Basilone said. “We’ve been doing it for over two years now. But I still have the mind-set that it creates safety for people who might have compromised immune systems. My concern is that it might again be jumping the gun here.”

City leaders who have instituted restrictions more stringent than those imposed by their states have also begun to re-evaluate their policies. In Boston, Mayor Michelle Wu laid out benchmarks on Tuesday for when the city would lift proof-of-vaccine requirements if hospitalizations and case numbers continued to fall. In Denver, health officials said masks would become optional in schools later in February. And in Duluth, Minn., Mayor Emily Larson said she would allow a mask mandate imposed last month near the height of the Omicron surge to expire on Saturday.

“There are still new strains and personal choices as it relates to vaccination,” Ms. Larson said. “This leaves us all vulnerable and open to future infection and pandemic realities. And to me, that’s another reason to allow this to expire — it’s my personal feeling that we are now moving into not how we beat Covid-19, but how we coexist with it.”