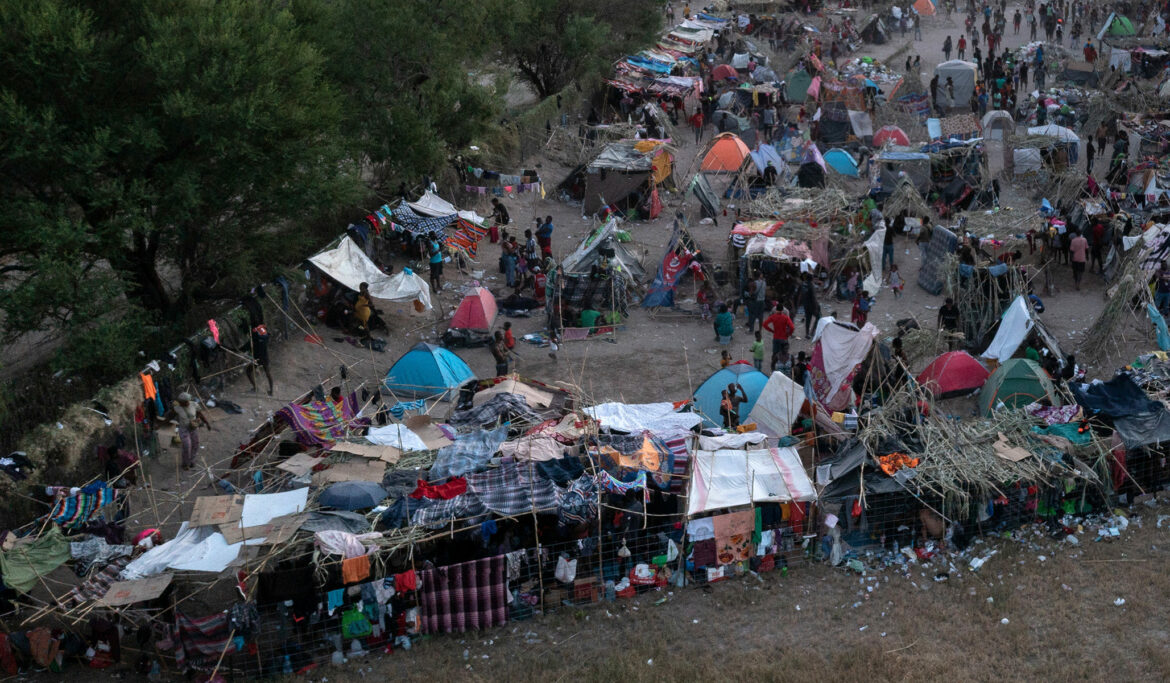 Barely a month after over ten thousand Haitian migrants flooded Del Rio, Texas, overwhelming border personnel, a large migrant caravan has set off from from Mexico and begun its journey to the U.S, where many are expected to seek entry and settlement.

Carrying banners, a huge procession of migrants was seen marching from Tapachula, Mexico, using a rope to stay together so “no one falls behind” as the caravan embarks North, journalist Ali Bradley reported. Some of the signs had President Biden’s name written on them, Fox News reported.

Many migrants reportedly told Bradley that they are leaving Central America for the U.S. to pursue “the American Dream.”

According to video footage, the crowd got into a scuffle with Mexico’s immigration police, Instituto Nacional de Migración, on its route, with officers forming a barricade to prevent migrants from passing through.

Irineo Mujica, the leader of the caravan in Tapachula told independent journalist Oscar El Blue in an interview that there is perceived ineptitude in the Biden Administration on immigration policy. While former President Trump tightened immigration control which decreased migrant influxes significantly, his management of the issue was at least predictable, Mujica suggested.

“If I tell you the truth . . . at least with Donald Trump we knew what we had. With Biden, we don’t know. He doesn’t seem to have a clue what to do with immigration because he says one thing and does another. Tell me something different that Joe Biden has done? He promised immigration reform. He hasn’t done it,” Mujica said.

In a different interview with Griff Jenkins of Fox News, Mujica suggested that Mexico’s government is largely responsible for driving migrants out through mismanagement, and that many migrants would prefer not to leave home.

“What Mexico should do like every country is to make sure they do their share…Money is not going to solve the problem. Money thrown into governments like Mexico…they [migrants] should be given papers here, the opportunity to work here, because a lot of them don’t want to go to the U.S. Because Mexico, it’s a good place to live and to work,” he said.

Mujica told Bradley that the march is intended to be peaceful and will first travel from Tapachula to Mexico City, Mexico.