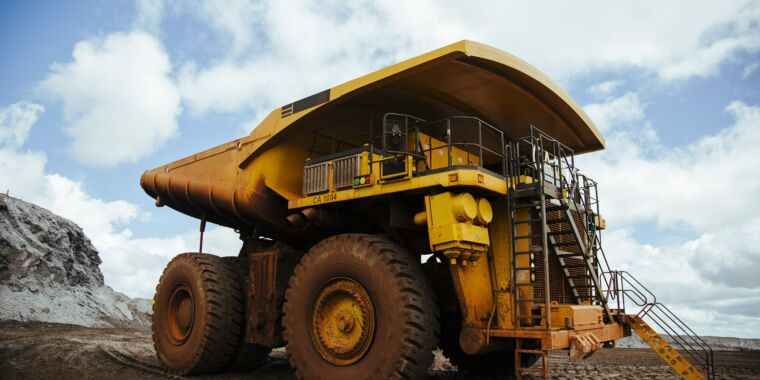 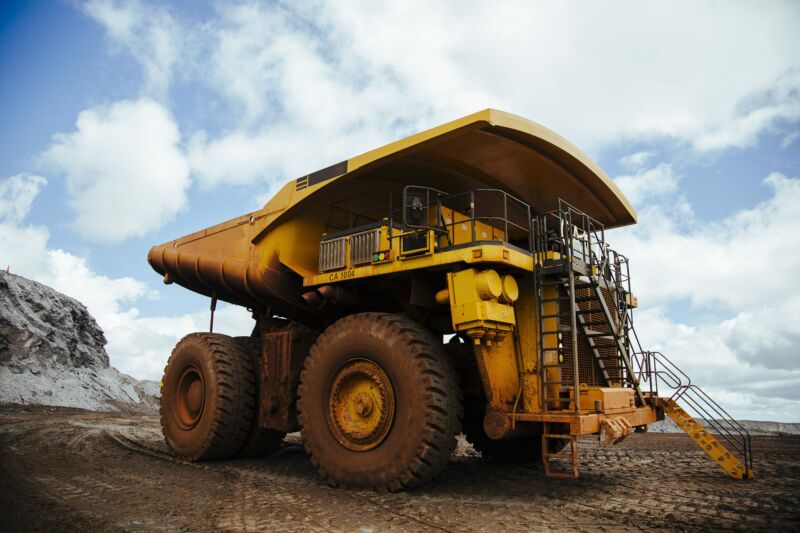 Enlarge / Anglo American and First Mode, among others, are converting a Komatsu 930E truck like this one to be powered by hydrogen fuel cells and batteries rather than diesel engines.

At first glance, an open-pit platinum mine in South Africa and the Baja 1000 off-road race don’t have much in common other than an excess of dust. But both are going to be test sites for hydrogen fuel cell electric vehicles, chosen by a company called First Mode, in order to stress-test the technology.

“We’ve been finding the not-low-hanging fruit problems in decarbonization, and those are the hard-to-operate places. Your environment is harsh, it’s dusty, it’s thermally driven to an extreme,” said Chris Voorhees, president of First Mode.

“While it might seem counterintuitive, there’s interesting crossovers with the Baja part. Getting the fuel cells to operate in an environment where your boundary conditions aren’t as controlled is, for us, essential at being able to map the technology to some of these applications that are mobile, big, dirty, and operating in places that it actually took us a while to get the internal combustion engine to do a really good job,” Voorhees explained.

The platinum mine in question is called Mogalakwena, in northeastern South Africa. The mine’s owner, Anglo American, has been looking at ways to decarbonize its operations and identified that the largest source of emissions pollution was the site’s massive Komatsu 930E trucks.

This won’t be the first time that a massive truck has undergone an EV conversion. Several years ago, a project got underway in Switzerland to swap out the diesel bits of a 50 ton (45 tonne) Komatsu quarry truck with a 700 kWh battery pack. In that case, the truck’s route from the quarry to the cement factory actually generates more energy than it needs to return, unladen.

Going full battery EV didn’t really fit as well with operations at Mogalakwena, so I believe the Swiss E-Dumper gets to keep its crown as the world’s heaviest BEV. But the E-Dumper is a mere midget compared to the truck being adapted in South Africa, a Komatsu 930E with a curb weight of 231 tons (210 tonnes). Advertisement

Eight 100 kW fuel cell modules from Ballard will work together with a 1.1 MW high-power lithium-ion battery system from Williams Advanced Engineering, providing the 930E with 2 MW of peak power to drive its traction motors.

First Mode is currently integrating the powertrain at its base in Seattle, with the plan being to begin installation in South Africa in October of this year. A month later, the mine will also start commissioning the refueling infrastructure and a 3.5 MW electrolyzer plant, and Anglo American has said it plans to deploy 40 FCEV trucks at Mogalakwena in 2024.

“It’s really interesting with mining, we’ve got a lot of overlap; in Australia, in South Africa, in Chile, you’ve got these places where they’ve got an enormous amount of renewable energy potential, and you got these big dirty applications that need to transform themselves. That’s where I think we’re gonna see it first, and then hopefully expand from there,” Voorhees told me.

First Mode is working with Scuderia Cameron Glickenhaus on the off-road racing attempt. The two organizations first made contact over a possible lunar surface project, Voorhees having been impressed by SCG’s determination to build successful racing cars that are also able to be made road-legal.

“That’s a really hard thing to do. I had respect for that. Their objectives were very similar to what we were doing in the mine sites—change everybody’s opinion about what this technology can do and show that you can make it work in the worst possible place you can choose,” Voorhees said. 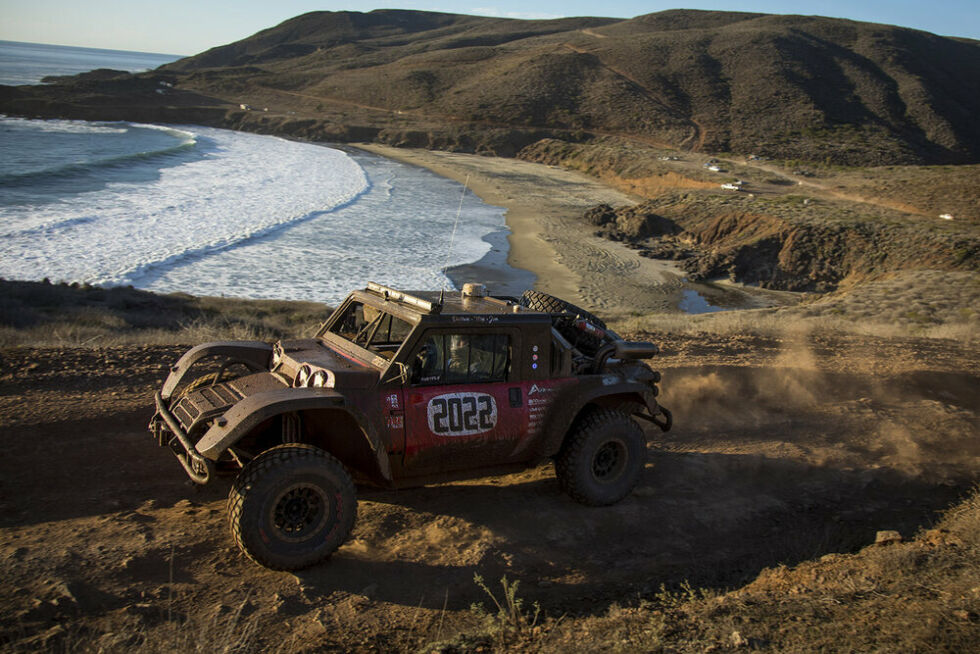 Enlarge / SCG has already proven the Boot off-road truck in the Baja 1000 race, winning its class more than once. But for 2022’s event it plans to compete with a fuel cell EV version of the Boot.

Advanced powertrains are starting to show up elsewhere in off-road racing. Audi is repurposing some electric motors and a battery (made, perhaps not coincidentally, by Williams Advanced Engineering) from its now-defunct Formula E program to power a car for the Dakar Rally.

Work on a FCEV version of the SCG Boot off-road race truck is only just beginning; Voorhees said that there was “a solid, aggressive 18-month effort ahead for the team” before next year’s Baja 1000 race, so it was too early to share technical specs on the powertrain or a fueling plan. But after SCG’s highly respectable performance at this year’s 24 Hours of Le Mans, finishing with both cars only a few laps off the leader in just their first year, I’m currently optimistic about their chances.