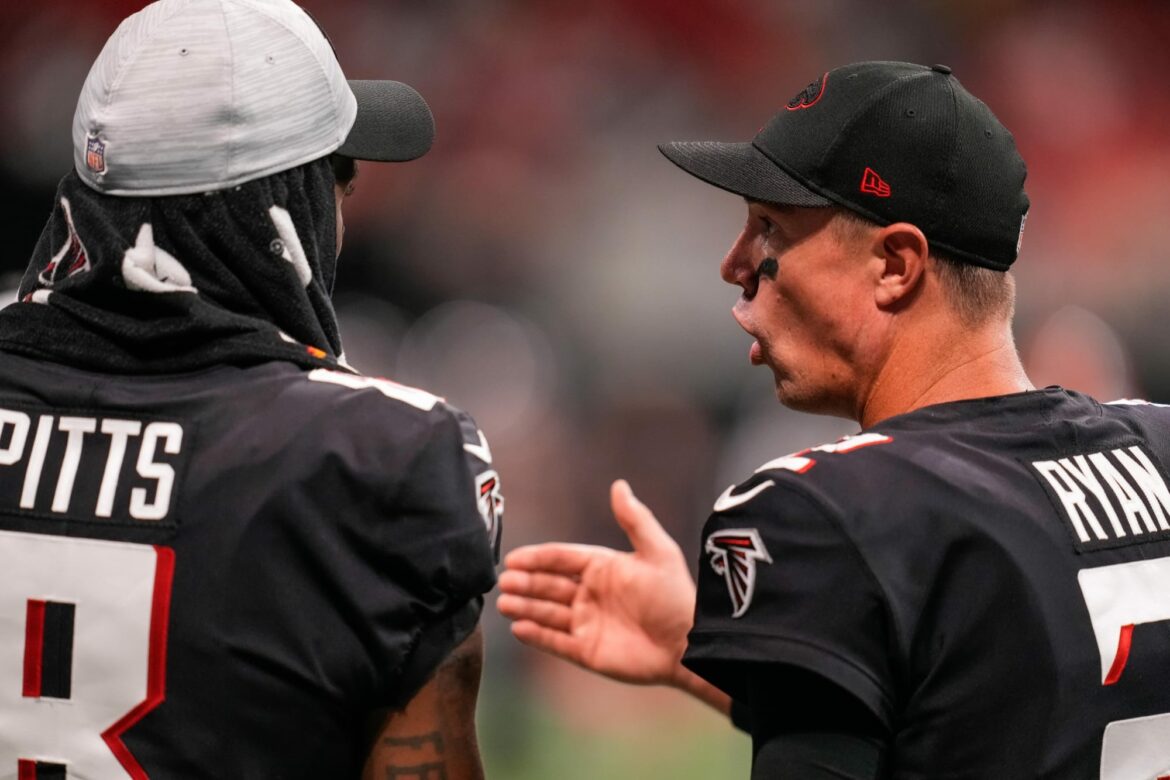 The Atlanta Falcons passed up the opportunity to draft Matt Ryan’s successor, and the veteran quarterback is on board with the organization’s plans

The Falcons, of course, passed on quarterbacks Justin Fields and Mac Jones with the No. 4 overall pick this spring, opting instead to pair tight end Kyle Pitts with Ryan and forego the opportunity to begin turning the page from the winningest quarterback in franchise history.

Watching the draft from his home, Ryan understood the organization’s plan and doesn’t see an end to his career in sight.

“I wouldn’t say I was surprised,” Ryan said during a recent appearance on FanSided’s The Matt Lombardo Show podcast, appearing on behalf of Tide. “I know I can play. I feel like I can play for a long time. My body feels really good.

Where do the Falcons, Matt Ryan go from here?

Despite the Falcons’ 1-3 start to the season, Ryan has completed 67.9 percent of his passes for 990 yards with eight touchdowns to just three interceptions, including passing for a season-high 300 yards against the Buccaneers back in Week 2.

However, as has been the case since coughing up a 28-3 lead in the second half of Super Bowl LI, Atlanta has struggled to convert Ryan’s production into wins.

Regardless of what Ryan’s long-term future holds, in Atlanta or elsewhere, he’s been impressed by the player the Falcons chose this spring.

“I was excited when we drafted Kyle [Pitts], that part of it,” Ryan said. ” I really think we’re in a spot where we’re 1-3, but I think we’re a team that’s gotten better every week and can continue to do that, if we can start knocking off some wins along the way, stay relevant and in the mix, it’s a group that can improve quite a bit if we continue to work at it.”

If the Falcons are going to turn this season around, Pitts is going to need to be a big part of the offense’s resurgence. The former University of Florida standout has caught 15 passes for 189 yards, but hasn’t reached the end zone.

“He’s got a skill-set that you love,” Ryan said, of Pitts. “[He’s] long, big bodied, can run, and he’s incredibly raw. He can continue to develop and be really, really good. That part is really exciting.

“He’s a sponge. He works really hard day in and day out, he’s always trying to improve his craft. Little by little, he’s chipping away and doing some really nice things for us. I anticipate his role is only going to continue to expand and grow as he continues to expand and grow as a player.”

Football season is here and to kick things off Tide and the NFL have joined  forces to inspire more than 80 million households of NFL fans to #TurnToCold in an effort to dramatically reduce greenhouse gas emissions and help consumers save money, while also providing a great clean. Committed NFL teams including the Atlanta Falcons are showing their support in various ways by washing on cold, taking to social and participating in the Tide Cold Washer sweepstakes, in an effort to rally more fans  to help the environment.