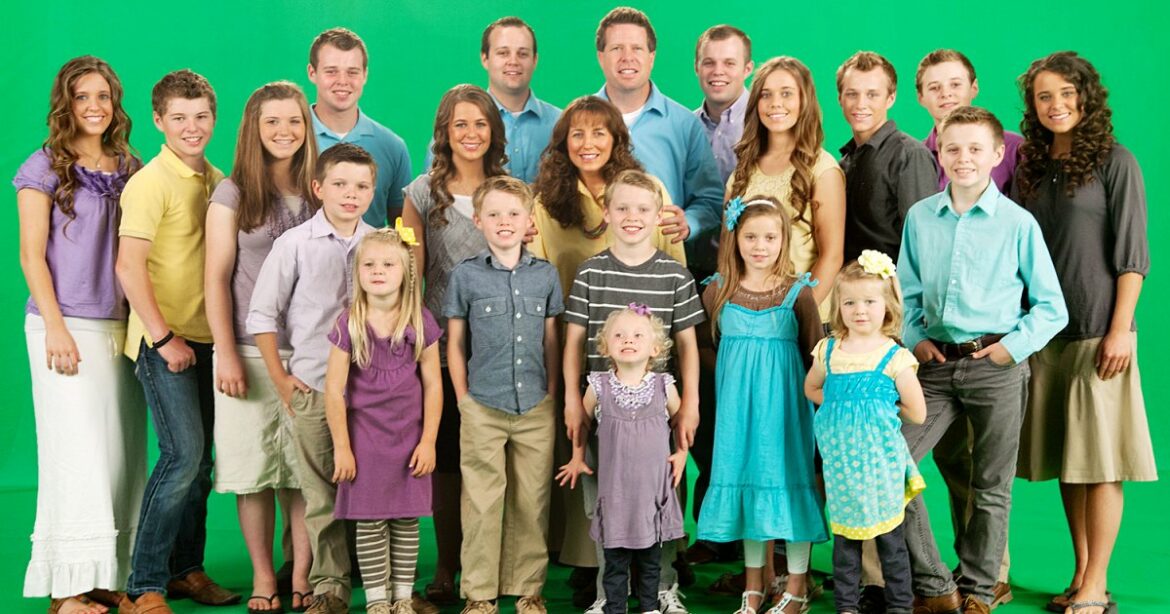 The Duggars have become a household name thanks to their continually growing squad, but it all started with Jim Bob Duggar and wife Michelle Duggar.

After tying the knot in 1984, Jim Bob and Michelle welcomed their first child, son Joshua, in 1988. The pair then went on to have 18 more children, with their youngest, daughter Josie, being born in December 2009.

The family’s day-to-day activities were documented on TLC’s 19 Kids and Counting for 15 seasons from 2008 to 2015. Some of the kids then branched off on their own, starring on Counting On, beginning in 2015. The show has already had 11 seasons.

As the group’s fame has grown — sisters Jessa, Jill, Jana and Jinger all wrote the book, Growing Up Duggar: It’s All About Relationships, together — so has their brood. In October 2009, Josh and his wife, Anna Duggar, welcomed their first child, Mackynzie, making Jim Bob and Michelle grandparents.

The little one arrived just two months before her grandparents welcomed their 19th child. The Arkansas family has since added 19 more grandkids to their squad — with two more on the way.

While the family has had its ups and downs, including Jill and her husband, Derick Dillard, departing the spinoff series in 2017 and keeping their distance from the family, the group remains hopeful that family will always triumph.

“They’re working through some things,” Jeremy exclusively told Us Weekly in April 2021 of his in-laws. “We’re giving them their time to do that … but we’ve got a great relationship [with them].”

The pastor added: “You always hope that families are united and, you know, the family is strong. There’s going to be difficulties in every family [and] I think that’s part of being in the public eye. So many families go through different issues, especially as children are growing [up], and this family happens to be in the public spotlight. And so, they work through it.”

Scroll down to get to know the whole Duggar family: