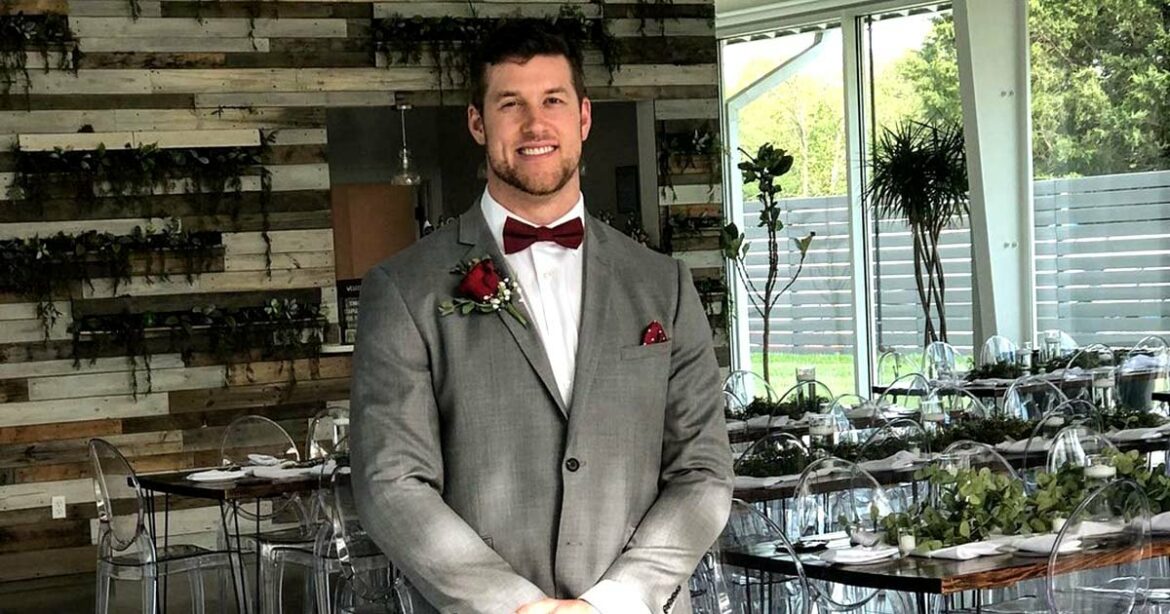 Ready to hand out the roses. Fresh off his turn vying for Michelle Young’s heart during The Bachelorette season 18, Us Weekly can confirm the new Bachelor will be Clayton Echard.

Clayton, 28, was first revealed as one of the Minnesota native’s potential suitors ahead of filming. After E! News published speculative photos of the former football player filming with a camera crew on Wednesday, September 15, Variety confirmed he got the gig.

One week prior, Us Weekly confirmed that one of the 28-year-old teacher’s contestants would become the next Bachelor. Production recently wrapped earlier this month ahead of its premiere date on Tuesday, October 19.

ABC initially shared a first look at the men competing for Michelle’s heart in July before filming began one month later. “Surprise! Get an early look at the men who may be on Michelle Young’s season of The Bachelorette! Leave a 🌹 for who would get your first impression rose 😍,” the official Facebook account for the ABC series captioned 35 photos of men at the time. Clayton was included in the slideshow at the time.

Before the news broke that Clayton would become the next Bachelor, Us previously confirmed that Greg Grippo and Andrew Spencer, both from season 17 of The Bachelorette, were also in talks to hand out the roses. Katie Thurston previously dished to Us about her top picks for the next lead before her finale — in which she got engaged to Blake Moynes — aired.

“My two votes are going to be Andrew and Michael [Allio] for the next Bachelor,” the former bank marketing manager, 30, said in July. “I think they just both have a lot to offer, and I think they are in a place where they are ready to really settle down and they’ve really grown a lot as men.”

Bachelor Nation fan-favorite Tyler Cameron was also in consideration for the gig, according to sources.

Clayton takes on the Bachelor title from Matt James. The Dancing With the Stars contestant, 29, led the franchise earlier this year — filmed at the Nemacolin Resort in Pennsylvania — where both Katie and Michelle vyed for his affections before he eventually chose Rachael Kirkconnell.

Though the ABC Food Tours founder ended the season happily dating the 24-year-old Georgia native, the pair briefly split while the show was airing after Kirkconnell’s past racially insensitive social media activity resurfaced. The pair eventually reconciled in April.

Scroll below to learn 5 things about the new Bachelor lead, Clayton Echard: