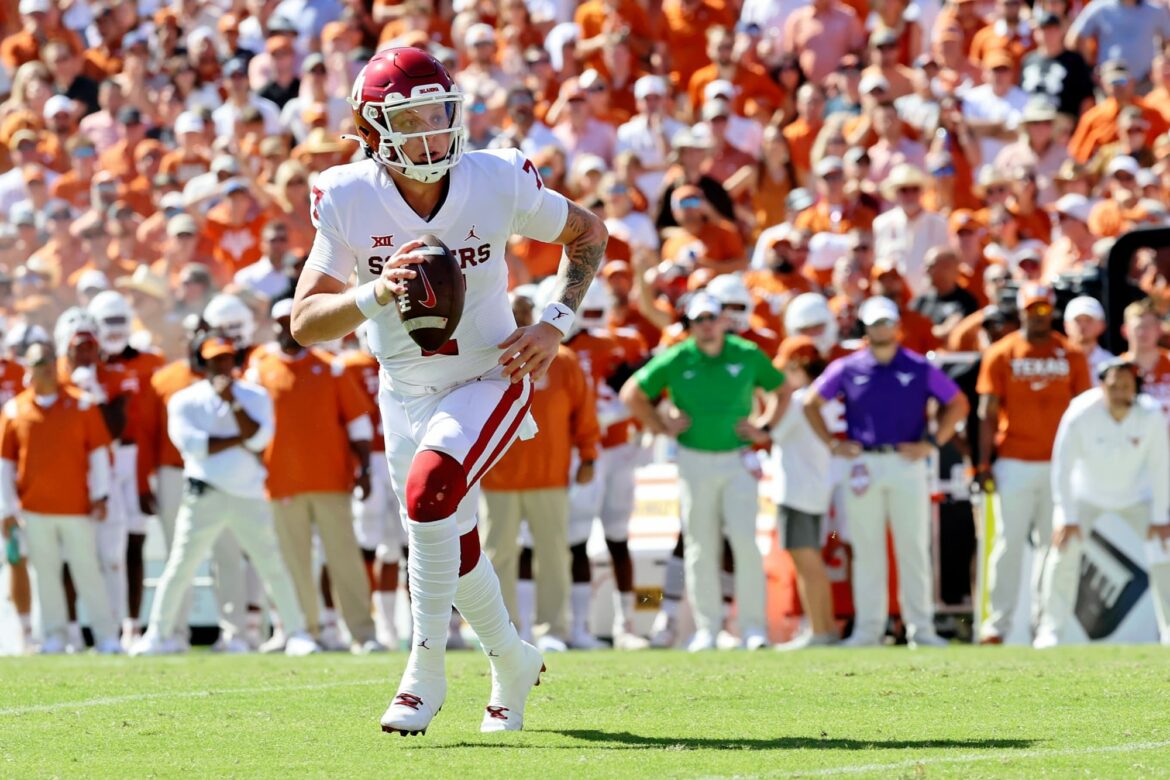 There was a time when Spencer Rattler was the unquestioned No. 1 overall pick in the 2021 NFL Draft by the Houston Texans, and that time is no more.

Not only has the Oklahoma football player struggled at quarterback this year, he got benched in favor of Caleb Williams in the Red River Shootout. Rattler had been the favorite to win the 2021 Heisman Trophy, but now he might have to transfer after his redshirt sophomore season. It has gotten so bad for him that even ESPN’s Mel Kiper Jr. has taken notice of his crashing draft stock.

Even if Oklahoma goes on to win the rest of its games, it is going to be awfully hard for head coach Lincoln Riley to go back to Rattler when Williams outplayed him on such short notice at Red River. Rattler still has two more years of eligibility left, so he does not have to enter the NFL Draft this upcoming spring. If he does, he is costing himself a ton of money. What a fall from grace this is.

It is abundantly clear that the Rattler hype train has gone off the tracks and has caught on fire.