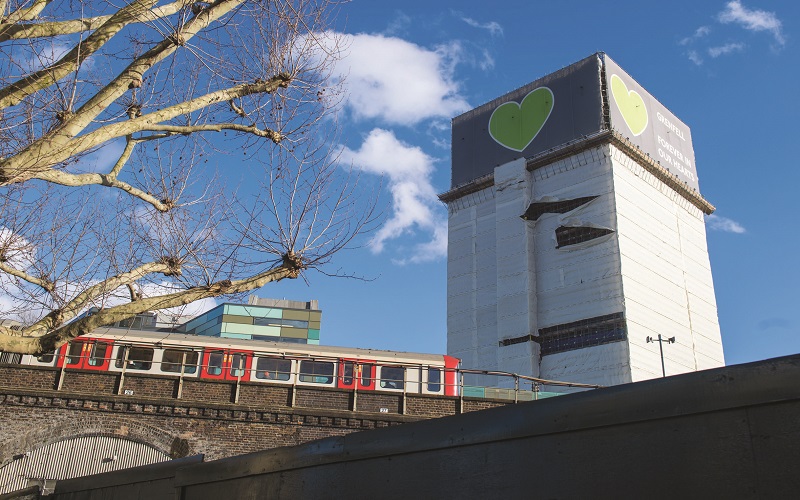 A memorial garden could be built on the site of Grenfell Tower to honour the 72 people who died in the fire.
The Grenfell Tower Memorial Commission – made up of bereaved family members, survivors of the fire and Lancaster West Estate residents – said it was engaging with survivors, the bereaved and local residents about ideas for the “community-led memorial”.
The fire destroyed the 24-storey tower in north Kensington on June 14, 2017.
A report by the commission said a garden was “by far” the most popular idea from those consulted.
About 2,000 people were surveyed for the commission’s report, including about 100 bereaved relatives and survivors.
The commission said “further engagement” would take place with the community before a decision was made next year.
A design team for the final memorial would be selected in 2024 and work could begin by the end of that year.
The commission said the government was responsible for deciding what happened to the tower itself, but a site of about 3,000sqm (32,292sqft), including land where it stands, had been set aside for the memorial.
The report said: “Some bereaved family members have proposed having something symbolic on the skyline that provides the same visibility as the Tower – and others have suggested something that is illuminated at night.
“Others would like to see the tower preserved and turned into a vertical garden, with a platform at a high level and plants hanging down.
“Some people want a new structure that is just as high as the tower is now so that it can still be viewed from places like the Westway, A320 and Sainsbury’s at the top of Ladbroke Grove.
“One bereaved family suggested that the actual space of the tower could be empty (like the 9/11 memorial) and the memorial could be built around the footprint.”
Other ideas include leaving the bottom floors of the tower, which were not affected by the blaze.
Pictured top: Grenfell Tower