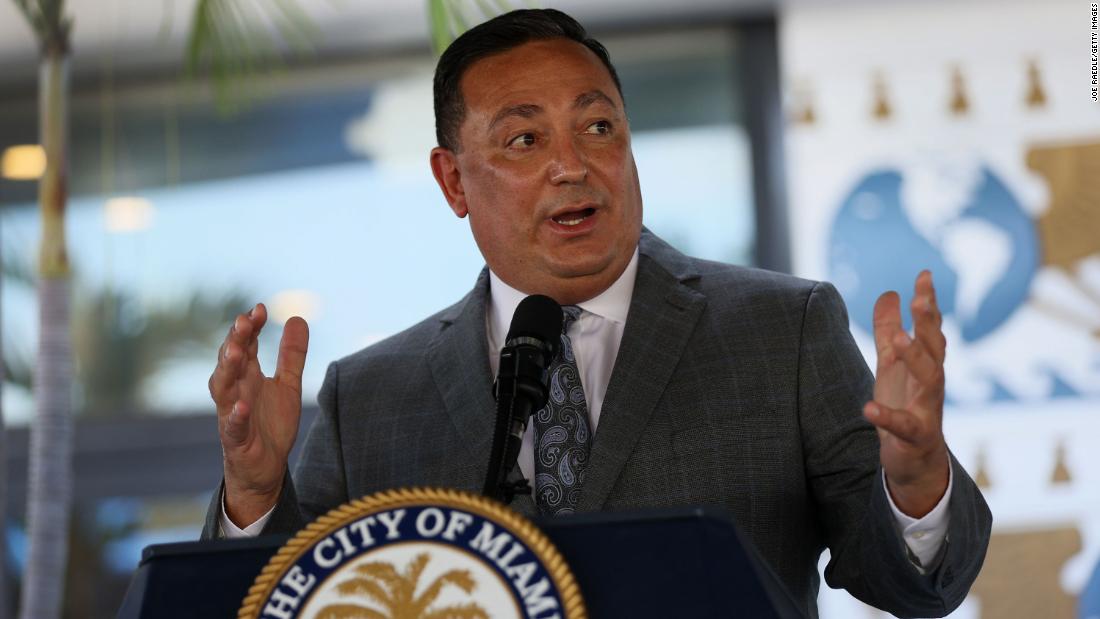 Acevedo, who attended the hearing, had been suspended “effective immediately” Monday by City Manager Arthur Noriega until the commission made the judgment to terminate him.

Acevedo’s attorney, John Byrne, said the proceedings were “already preordained,” arguing that “this is not a fair setting.” The chief’s defense team did not call any witnesses because they were denied a request for a continuance until Monday to prepare for the hearing, Byrne said.

The witnesses were questioned about eight issues that were outlined in a memo addressed to Acevedo by Noriega, dated October 11, that caused the chief to lose “the confidence and trust of the rank-and-file” and led to his suspension.

Acevedo was given the opportunity to defend himself before the commissioners at the hearing, but he did not do so.

Noriega’s statement this week said Acevedo had lost the confidence of officers as well as the executive staff after three incidents in which Acevedo appeared to support a Covid-19 vaccination mandate for officers, received a vote of no confidence by the Fraternal Order of Police and witnessed his deputy chief “verbally assault his executive staff after a commission meeting and did not intervene” on October 1.

The chief’s suspension came on the heels of city commissioners calling for his ouster during two contentious, hourslong meetings on September 27 and October 1 to discuss his decisions and behavior that were deemed questionable.

The chief wrote a bombshell memo to Mayor Francis Suarez and Noriega on September 24 in which he accused three city commissioners of interfering with reform efforts and a confidential internal investigation.

“Relationships between employers and employees come down to fit and leadership style and unfortunately, Chief Acevedo is not the right fit for this organization,” Noriega said in his statement. “It is now time to move forward with the search for new leadership at MPD.”

Byrne, the chief’s attorney, said in the hearing that Acevedo was suspended as a result of that memo, adding, “he had the courage to do what many of us don’t have the courage to do, which is to speak truth to power.”

Byrne said during his closing remarks that “we’ve seen from the evidence here today from the participation of the commissioners here today that Chief Acevedo wasn’t suspended” for the eight claims laid out in Noriega’s memo, but rather the memo from the chief.

“It’s not right, it’s not fair, and I hope that the commissioners can come together and do the right thing,” Byrne said. “People are watching, the nation is watching, and we deserve better.”

In her closing statements, Noriega’s attorney, Stephanie Marchman, said the September 24 memo from Acevedo was “not the basis of his decision to suspend the chief.”

“When the city manager received the action plan that he had requested, at that point he know that it was time to move on because the chief failed to recognize or acknowledge what the issues were,” Marchman said. “How is the city manager able to help move forward with respect to this department when effectively the chief does not recognize or acknowledge that there are problems?”

Among the witnesses that Noriega’s attorney called was Morales, who was appointed as interim chief of the Miami Police Department as the city engages in the search for a permanent replacement, Noriega has said.

Acevedo propelled himself to the national stage as a police leader who has been highly vocal in discussions about police reform and public safety, calling for national standards on the use of force by police and marching with protesters after George Floyd was killed by officers in Minneapolis.

In an internal email obtained by CNN, Acevedo told officers on Monday to “be kind to each other” and advised that they engage in “Relational Policing,” a term that stresses the importance of law enforcement’s relationship with community members.

“I wanted to take a moment to thank you for your service and for your warmth and spirit,” Acevedo wrote in the email. “I urge you all to keep driving forward and to give the people of Miami the best service possible.”

Noriega had asked Acevedo to submit a plan to change issues within the police department.

Acevedo laid out a 90-day action plan October 4 to improve the department in several areas, including boosting officer morale, mending his relationship with elected officials and a policing and management plan.

But Noriega said the plan was “materially deficient” in addressing officer morale and community relations and offered “no significant plan to solve either problem.”

During his testimony, Morales referenced the results of a survey by the department’s Fraternal Order of Police that revealed 79% of Miami’s police force have lost confidence in Acevedo as chief and pointed to a “systematic demoralization of the police department as a result of his leadership style or his strategic tactics on personnel.”

During cross-examination from Byrne, Morales also said he believed the chief’s support for vaccine mandates is “a reason that he should be fired,” adding that there shouldn’t be such a mandate.

CNN has previously reached out to Acevedo but has not heard back.

The suspension and termination is a dramatic fall for Acevedo, who was the first Latino to lead the police department in Houston, and was dubbed by Miami’s mayor as the “Tom Brady or the Michael Jordan of police chiefs,” when he was hired.

Acevedo began his law enforcement career with the California Highway Patrol in 1986 as a field patrol officer in Los Angeles and was named chief of the California Highway Patrol in 2005, according to his biography on MPD’s website. He then served as the chief of police in Austin, Texas, for more than nine years. In 2016, he took the reins as police chief in Houston, where he served for more than four years before resigning in March.