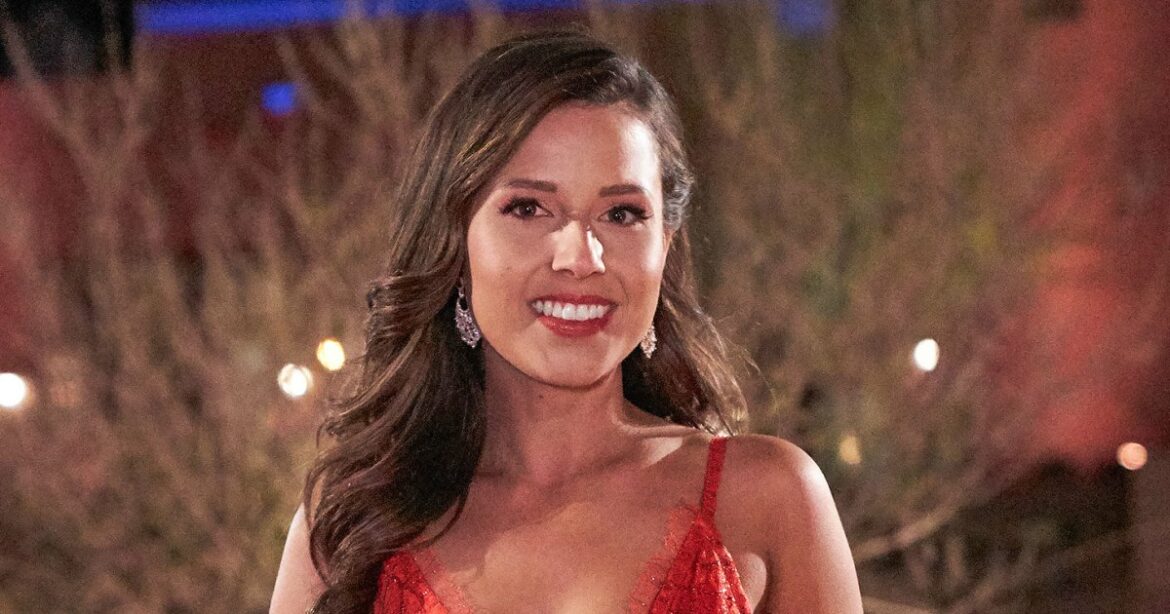 Shots fired! Katie Thurston is not afraid to speak her mind on any topic — and she never hesitates to call out trolls via social media.

The former Bachelorette has a history of facing controversies head on, both on and off camera. While on her journey to find love on season 17 of the ABC dating series in 2021, Thurston didn’t shy away from having tough conversations, especially when frontrunner Greg Grippo exited the show after hometowns.

Grippo chose to leave after Thurston chose not to tell him she was in love, sparking a heated argument over their feelings toward one another during an August 2021 episode. Thurston, for her part, shared a post about “gaslighting” after the episode aired, seemingly hinting that her ex was not who he seemed.

The post defined gaslighting as “a form of emotional abuse or psychological manipulation involving distorting the truth in order to confuse or instill doubt in another person to the point they question their own sanity or reality.” It also detailed several examples of how to identify gaslighting behavior, including lying, discrediting, deflecting blame, minimizing, shifting blame and denying wrongdoing.

During the After the Final Rose special, Thurston confronted Grippo over his actions, calling him “rude” for how he treated her in the end. The former bank marketing manager later told Us Weekly exclusively that she was over the account manager when she accepted a proposal from Blake Moynes, but she wanted to speak her truth during the taping.

“It doesn’t make sense to forget how someone mistreated me and how it made me feel just because I’m very happy and in love,” she said, referencing her haters who are convinced she hasn’t moved on from the breakup. “You have the opportunity to speak to someone who hurt you, you’re going to do it and you don’t really get that opportunity sometimes in real life when an ex does mistreat you.”

Throughout her journey on The Bachelorette and beyond, Thurston has also been quick to defend herself and her beliefs via social media. In June 2021, trolls came after her appearance and wardrobe choices on TV — and she vowed to block them.

“I’ve said it before, and I’m gonna say it again: It’s not about the wrapping paper, it’s the gift inside. And that’s what I am — a f—king gift,” she wrote via her Instagram Stories at the time. “So this doesn’t matter,” she added, pointing to her clothing.

Scroll down to see Thurston’s most epic clapbacks, from drug controversies to body shaming: