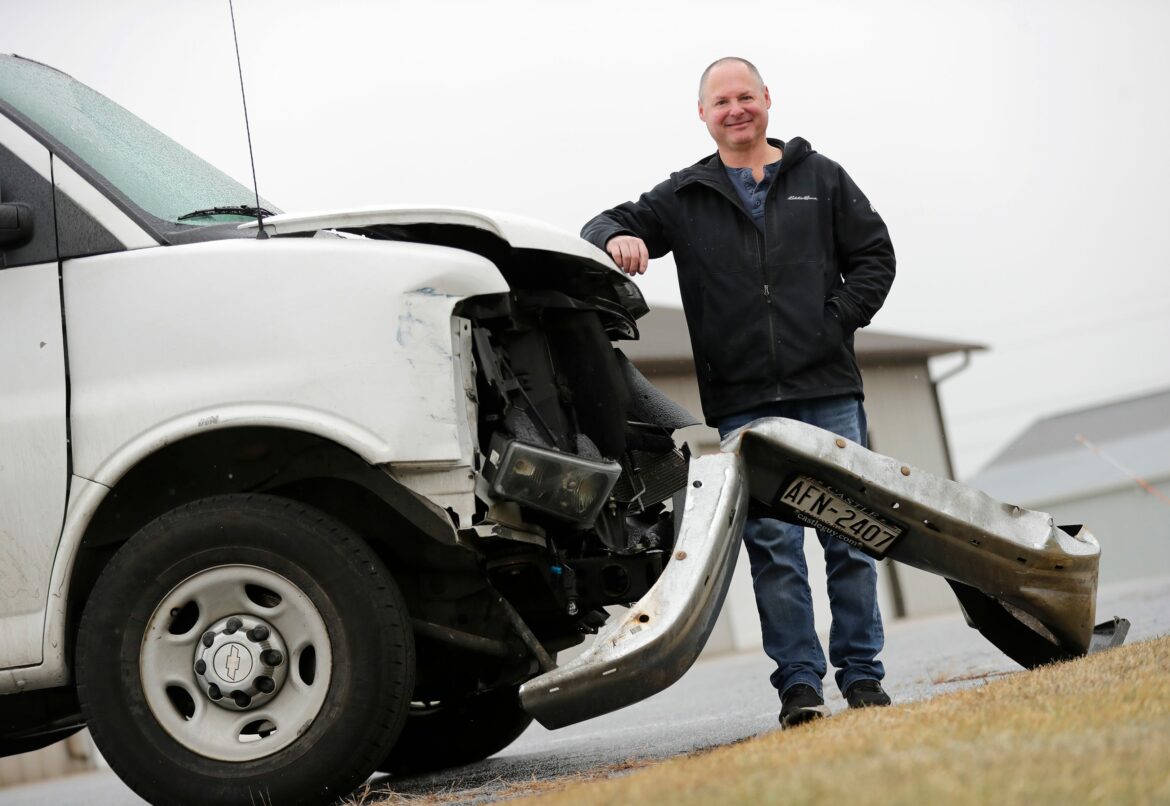 LITTLE CHUTE, Wisc. — Some Wisconsin homes were visited by a selfless gift-giver a little early this Christmas season.

But it wasn’t a jolly old man with a long white beard in a red suit from the North Pole who came down their chimneys. It was a Little Chute auto repair shop owner with a truck full of lost packages at their front door.

Dan Theimer has owned Gracy’s Auto Body shop in Little Chute for 12 years. On Dec. 13, a cargo van subcontracted by FedEx was towed to his shop after it was involved in an accident that smashed up the van’s front. The van was full of 80 packages en route to be delivered throughout the Fox Valley.

Where is Santa now? Follow his Christmas Eve journey with these Google and NORAD trackers

By the time Wednesday rolled around, no one from the van company or FedEx had come to get the packages. Theimer said the subcontractor told him: “That’s not our problem.”

Theimer, who grew up in the Fox Valley, recognized some of the names on the packages, so he reached out to the owners and told them their packages were at his shop.

“The first couple of people who picked up their stuff were so happy, so I thought, ‘Maybe I better see what I can do to disperse the rest of this load,’” Theimer said.

“It was totally the right thing to do,” he said. “I started to think, ‘It’s getting awfully close to Christmas. They’re gonna want this stuff.’ Just seeing the look on some of these people’s faces when I brought their stuff. It almost seems like everybody would tell me what was in their package. I didn’t even ask them.”

He delivered boxes for a company holiday party, a sewing machine a mother was planning to give to her daughter for Christmas and even someone’s medication. Making the deliveries took about three hours, he said.

People were very surprised when he showed up at their homes with missing packages. Some had spent time on the phone with FedEx trying to track down their purchases.

“Two separate people had a tear in their eye and they said, ‘You just totally restored our faith in humanity,’” Theimer said.

“It was a small thing to do for me, but it seemed like a big thing to them.”

It wasn’t until Saturday — a week before Christmas — that someone from FedEx showed up to Gracy’s unannounced to retrieve the packages.