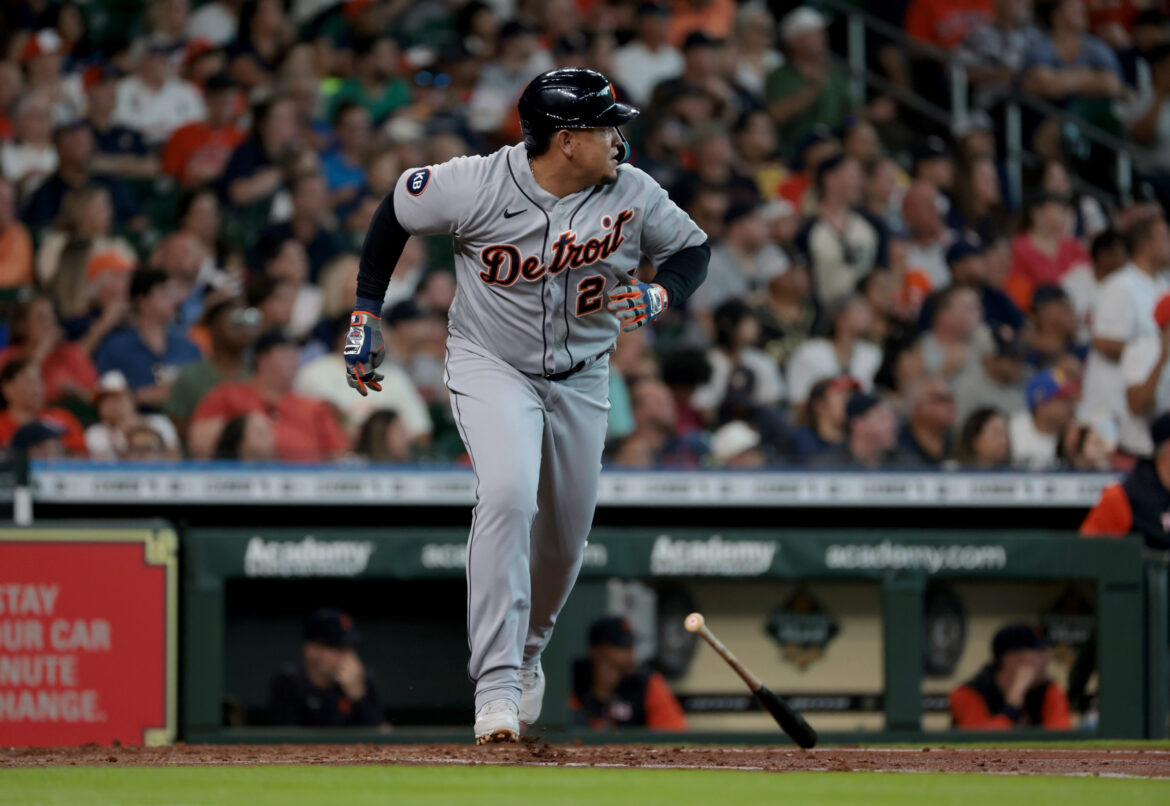 The latest two-bagger off the bat of Miguel Cabrera has him a part of elite baseball company.

While it remains to be seen how good a team the 2022 Detroit Tigers will be, or not, one thing is for certain. Cabrera has solidified his place among baseball royalty in front of the Detroit faithful. He became the latest member of the 3,000 hit club earlier this year. By hitting his 600th career double, he joins a list of only two other players with that many hits, doubles and 500 home runs.

Here is the double that only added to the case that Cabrera should get into Cooperstown on the first ballot, unanimously.

While he earned his World Series ring in the early stages of his career with the then-Florida Marlins, it was in Detroit where Cabrera became one of the greatest hitters to walk the face of the earth. Though he certainly had home-run power the entire time, his ability and willingness to spray the ball to all parts of the field is what has inevitably made him an all-timer in the sport.

That unforgettable 2012 MLB season will stand as Cabrera’s last best chance at getting a second World Series ring. The Tigers won the AL pennant that year but were no match for the San Francisco Giants in that Fall Classic.

Congratulations on joining the incredibly exclusive 3,000/500/600 club for Miggy and his family!