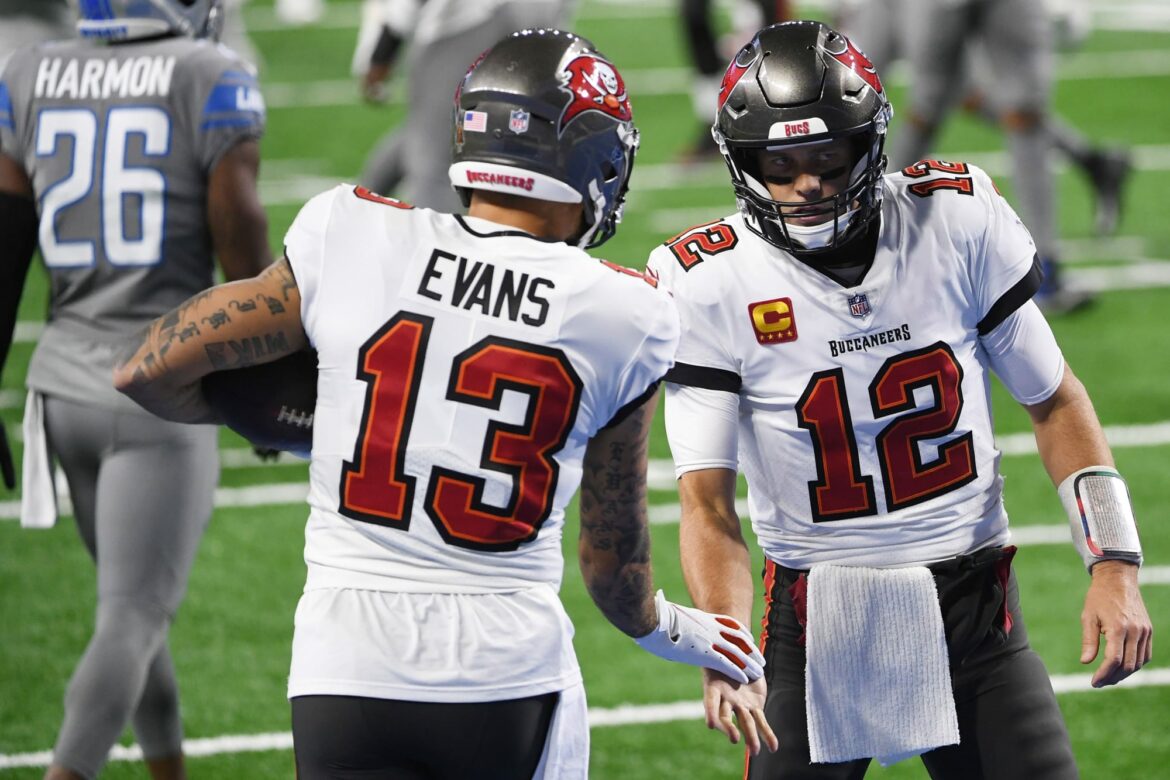 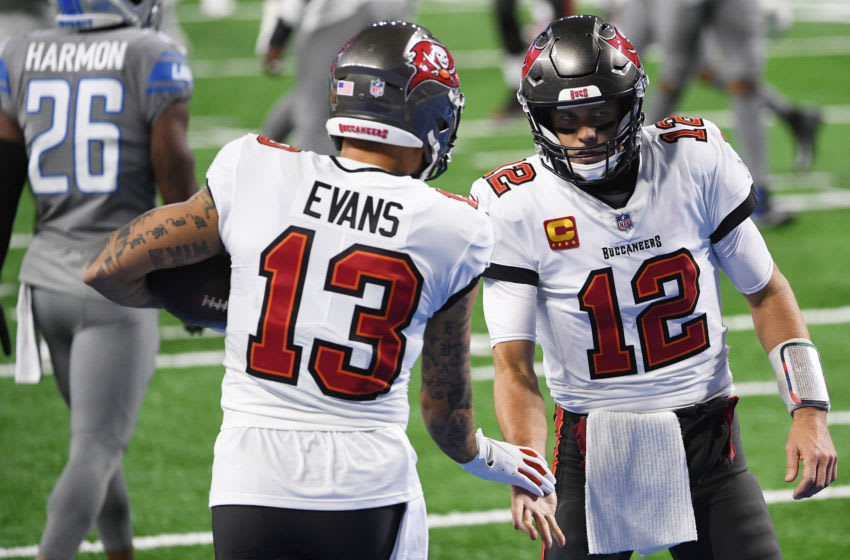 DETROIT, MICHIGAN – DECEMBER 26: Mike Evans #13 of the Tampa Bay Buccaneers celebrates a touchdown with Tom Brady #12 during the first quarter of a game against the Detroit Lions at Ford Field on December 26, 2020 in Detroit, Michigan. (Photo by Nic Antaya/Getty Images)

Did Chris Jones quit in the middle of a play during Titans blow out? by Braulio Perez

Evans was a capable target to haul in Brady’s historic touchdown pass. Chris Godwin caught TD No. 599, while Evans nabbed 600.

Unfortunately, no one told Evans heading into the drive that if he caught a touchdown, he should hang onto the football. When Evans extended the Buccaneers lead, he merely gave away the football to a lucky fan. Brady, for obvious reasons, wanted said football back.

When he got back to the bench, Evans realized his error. Thankfully, an equipment managed also realized Evans’ flaw in judgement, and found said fan to make a deal.

The Buccaneers’ fan relinquished the football in exchange for what’s likely some signed merchandise.

Mike Evans accidently gave Tom Brady’s 600 TD game ball to a fan and they worked the entire break to try to get it back from the fan.

Tony Romo suggested they’ll give the fan a date with Gisele 🤣🤣pic.twitter.com/oIYu1xmcdu

What did the Bucs fan who gave back Tom Brady’s 600th TD ball get?

Brady milestones only come around so often, and very rarely are they given up for free. So, we can only assume the Buccaneers made it worth this fan’s while to trade back Evans’ mistake.

The Buccaneers might drop 100 points on the Bears defense today, so don’t just assume this is the last milestone Brady notches against Chicago. 600 touchdowns is one hell of a feat, and our money is on 650 or 700 if Brady feels the need to play long enough to reach them.

The GOAT continues to add more merchandise to his trophy case. In this case, he needed to make an in-game trade to ensure he didn’t lose touchdown No. 600.