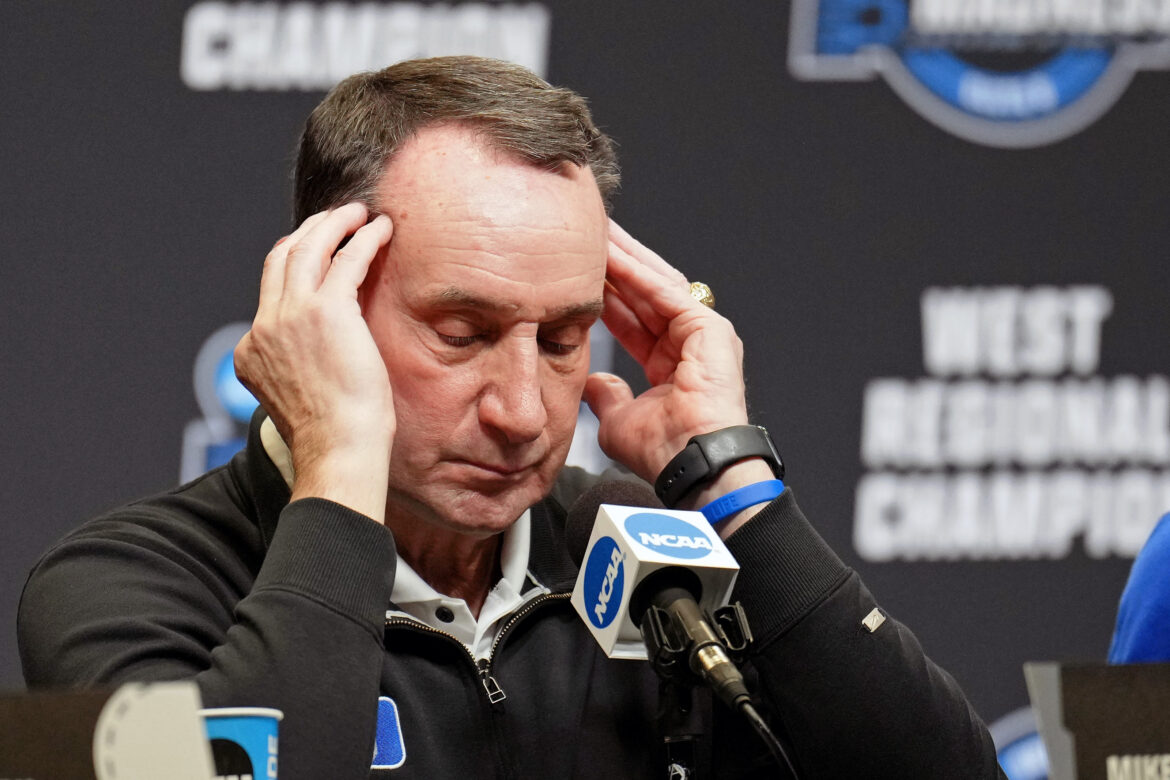 Mike Krzyzewski is a singularly successful coach, the winningest in college basketball history and the only one besides John Wooden to have won five national championships. Yet he remains an elusive figure.

With his coaching career coming to an end this season, Ian O’Connor, who has previously written biographies of Bill Belichick and Derek Jeter, has turned his eye towards Krzyzewski. O’Connor writes that he wanted to answer the question of how Krzyzewski, “A low-income street kid, the son of a cleaning lady and an elevator operator” managed to become “possibly the greatest college basketball coach of all time.”

Throughout Coach K, that question is answered on a technical and literal level but is too often unable to dive beyond the surface. While anyone interested in Duke basketball or the evolution of college hoops over the last several decades will find much to enjoy in O’Connor’s latest work, it fails to truly reveal Krzyzewski himself.

While Mike Krzyzewski has been a fixture of the sports landscape for longer than I have been alive, he has always existed at a bit of a remove – successful, yes, but also intentionally distant. This creates an inherent challenge for a biographer. Sometimes there lies a fascinating figure behind the curtain, a private person who prefers to not reveal themselves to the public. Other times, not much lies beyond the achievements themselves and a life devoted to little more than reaching those heights. Unless O’Connor has abjectly failed at his task as a biographer – which in light of his skill as both as a reporter and a writer seems unlikely – this seems to be a case of the latter.

There are multiple stories throughout Coach K of Krzyzewski blowing up at people who have the temerity to ask him a question he finds impertinent and then refusing to apologize. Even his well-documented rigorous adherence to NCAA recruiting rules feels more like a quest for unearned moral superiority than anything else.

In light of this, perhaps the most interesting throughline of the book is Krzyzewski’s evolving relationship with Bobby Knight. Their differences are more of degree than type.

Rather than a strict biography of Krzyzewski, the book feels more like a history of Duke basketball in the Krzyzewski years. He is the lone constant throughout the book’s 300 pages yet always feels elusive. We learn how people feel about Krzyzewski, what he did in pivotal moments, how he evolved over the years, though at no point reading this book did I feel like I knew Krzyzewski rather than knowing things about him. It’s a subtle difference, but that difference is often the gap between a solid history and a great biography. Coach K is the former, not the latter.