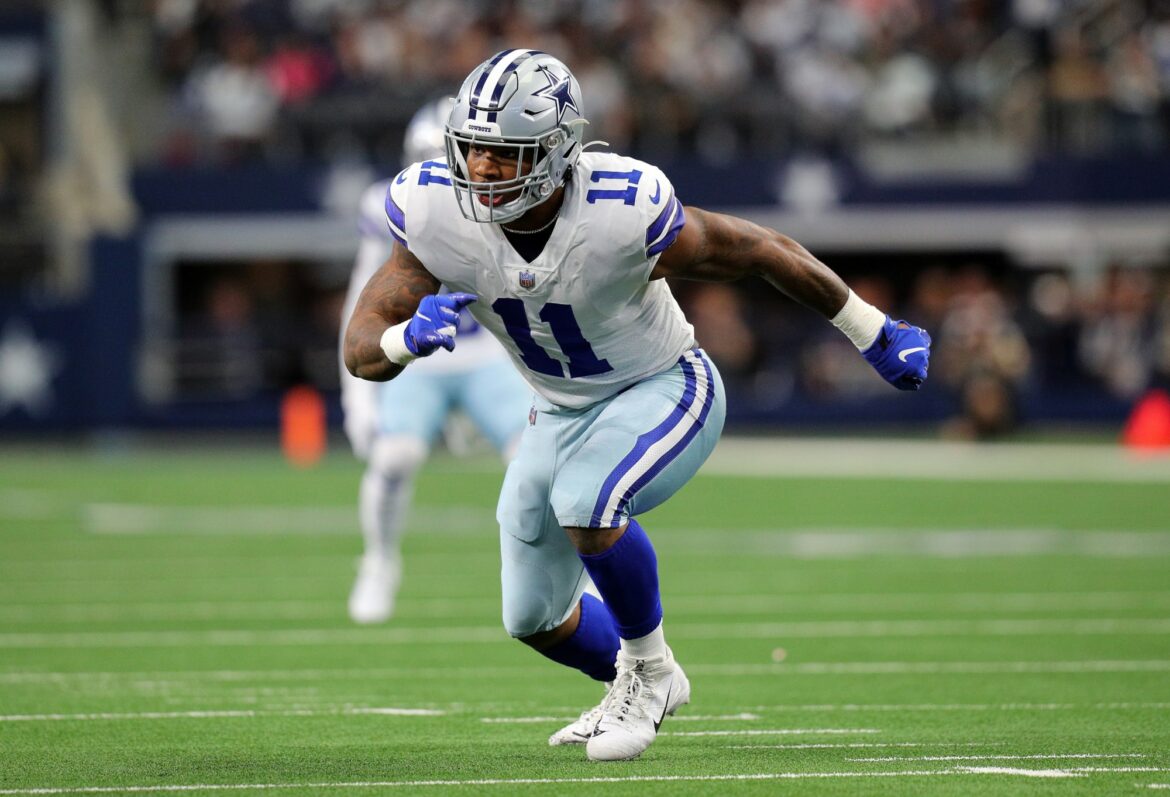 Micah Parsons has been an immediate superstar for the Cowboys but head coach Mike McCarthy’s wild comparison for him still somehow made sense.

Dallas Cowboys fans were divided the night of the first round of the 2021 NFL Draft when the franchise selected Micah Parsons. Some liked the upside of the Penn State product while others felt the pick was a mistake. After 12 games, though, there is no divide — fans know Parsons is a bonafide stud.

Through his first 12 games in the NFL, Parsons, has 10.0 sacks and 72 tackles, putting him on pace to be only the second player since 2004 (James Harrison) to have double-digit sacks and over 100 tackles in a season.

And when asked about how special the rookie who has lined up at both linebacker and defensive end throughout the year is, Cowboys head coach Mike McCarthy had a wild comparison for Parsons: Barry Sanders (a running back).

Quite a comparison by Mike McCarthy re: Micah Parsons? “He’s almost like Barry Sanders in there when he is avoiding blocks. They can’t get their hands on him. He’s so slippery and natural. He has closing speed. He’s instinctive. He is a problem when he is coming off the edge.”

Micah Parsons: The Barry Sanders of defense according to Cowboys HC Mike McCarthy

As crazy as it is to compare a linebacker/defensive end hybrid to one of the greatest running backs of all time, McCarthy somehow makes sense with his point.

The things that make Parsons such an immediate-impact player for the Cowboys — his speed, his vision, his elusiveness when trying to navigate his way to the quarterback or the ball — are what made Sanders such an elite running back.

Regardless of if Micah Parsons is the Barry Sanders of defense or something else, though, the fact of the matter is that Dallas is quite clearly over the moon about how good their rookie first-round pick is. And why wouldn’t they be?

Parsons already has Defensive Rookie of the Year all but locked up. He may also have a legitimate case to be the outright Defensive Player of the Year before it’s all said and done as well.