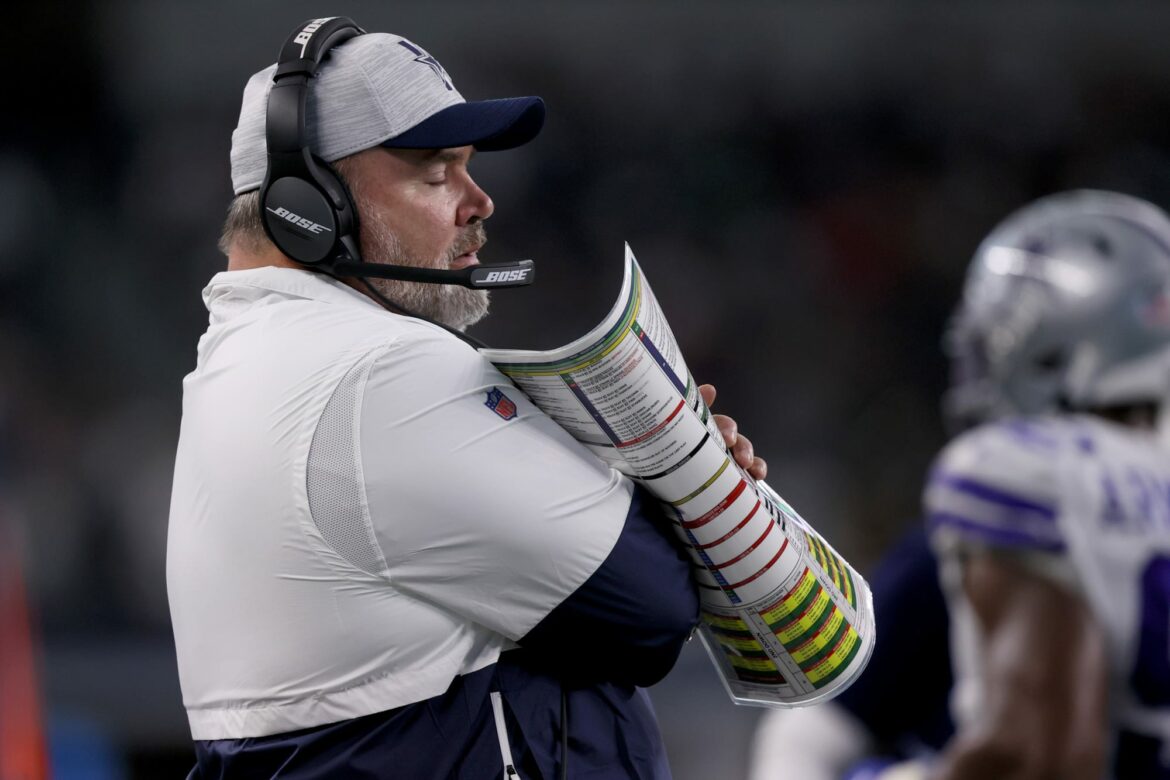 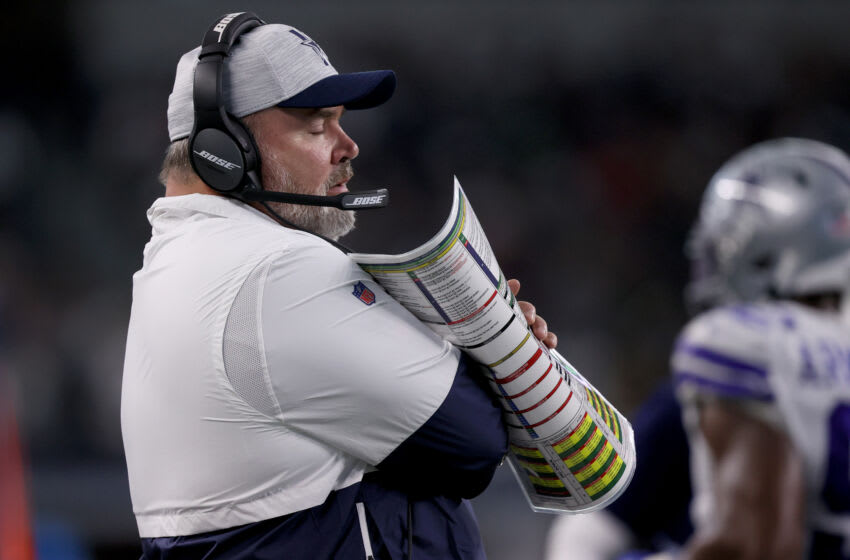 Dallas Cowboys head coach Mike McCarthy had some mind-numbing clock management at the end of the first half of Monday’s game against the Philadelphia Eagles.

Dallas Cowboys head coach Mike McCarthy has not exactly endeared himself to the fanbase over one season into his tenure with the team. One of the reasons for this is due to his decision-making skills. But for football fans, they simply can not get over McCarthy’s clock management, or lack thereof.

After the Eagles failed to convert on a third-and-24 play following a 19-yard catch by running back Miles Sanders, the Cowboys seemingly had an opportunity to receive the ball and to put more points on the board. Instead, McCarthy let the clock dwindle down all the way down to 22-seconds when the Eagles finally let off the punt.

Prescott then kneeled the ball down to end the half with the Cowboys leading 20-7.

It seems as though McCarthy was more than pleased with the Cowboys returning to the locker room with a 20-7 lead. The thing is, the Cowboys stood a decent chance of extending said lead, considering how Prescott was torching the Eagles defense throughout the first half. Plus, the Eagles were receiving the ball at halftime!

Cowboys fans sure are hoping that this decision by McCarthy does not come back to haunt them.