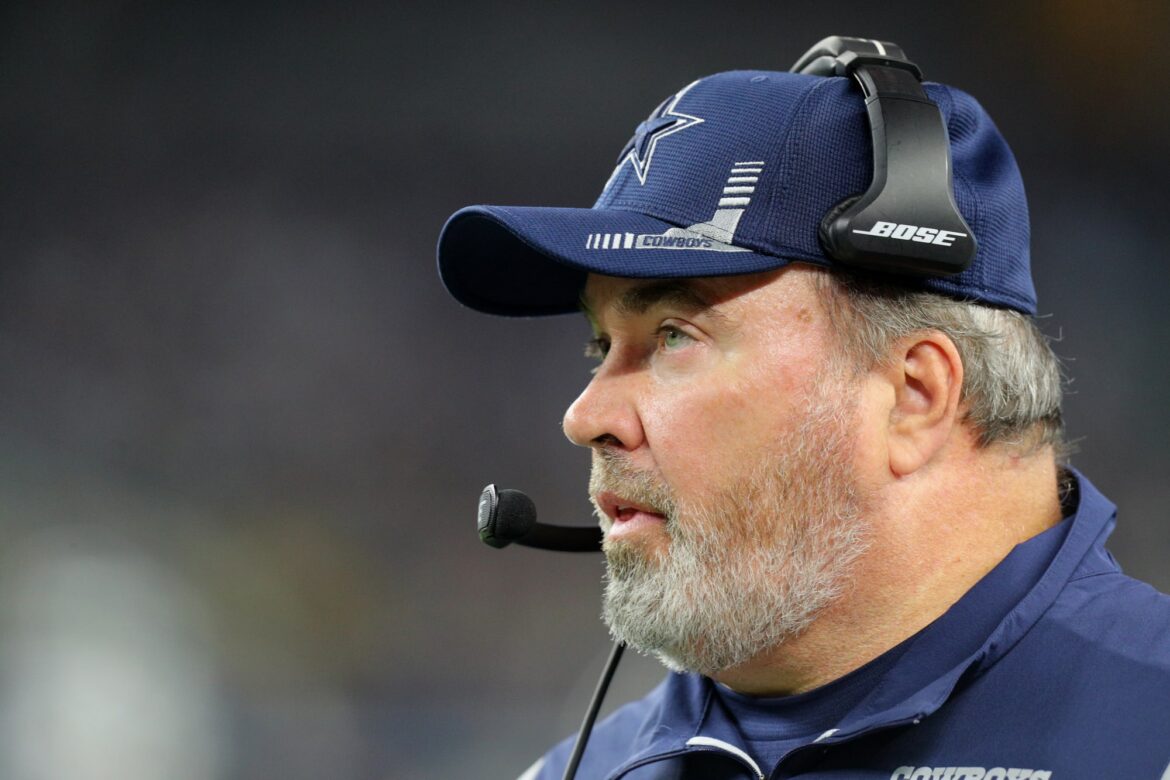 The Cowboys COVID outbreak has claimed another victim, as head coach Mike McCarthy will not coach Thursday night’s game against the Saints.

Rather than a player being placed in COVID protocol it’s a coach. Dallas Cowboys head coach Mike McCarthy will be absent form the team’s TNF game against the New Orleans Saints due to COVID quarantine measures.

Mike McCarthy out for TNF amid Cowboys COVID outbreak

As seen with various players across the NFL, McCarthy will be expected to miss 10 days quarantining away from the team as he recovers from the virus.

A Thursday night game gives McCarthy additional time to return, meaning that if the 10-day quarantine began from Nov. 29, he would be able to make the Cowboys’ Dec. 12 game against the Washington Football Team.

McCarthy has spoken about how he made a “conscious decision” to receive the COVID vaccine after consultation with Cowboys’ medical personnel. Although McCarthy said he initially had reservations about the vaccine, the Cowboys have been working with coaches and players to educate them about the vaccine.

Despite their attention toward combatting the virus, the Cowboys are in the midst of a wave of positive COVID diagnoses.

As of Nov. 28, eleven Cowboys coaches and players were on COVID protocol within the previous 10 days. This list does not include McCarthy.

With a significant amount of players and coaches recently in COVID protocol, the Cowboys will turn to Dan Quinn to take over McCarthy’s coaching duties for their upcoming Thursday night game.

Mike McCarthy has tested positive for COVID-19, a Cowboys front office source confirms. He will not coach the Cowboys on Thursday night against the Saints. Expectation is that Dan Quinn will assume head coaching duties.

Reports indicate that the Cowboys will discuss the head coaching duties for Thursday night at length in a Monday afternoon meeting.

As of now, the Cowboys lead the NFC East with a 7-4 record.