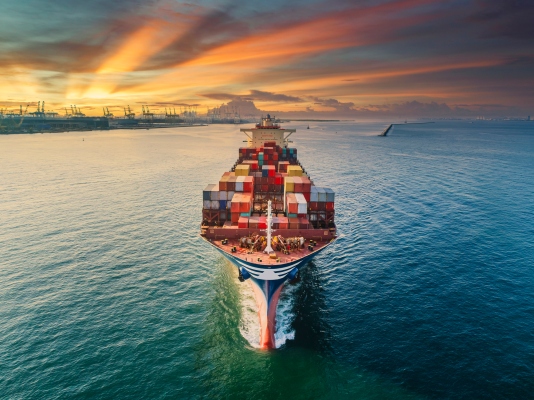 When Docker announced it was selling Docker Enterprise in 2019, it was a big surprise to industry watchers. Perhaps an even bigger surprise was that the buyer was Mirantis, a company best known for commercializing the OpenStack project.

After the sale, Docker pivoted to a developer-focused company and reported last week it had $50 million in ARR last year. In a conversation with TechCrunch this week, Mirantis CEO Adrian Ionel said the company made $28 million in ARR last quarter, putting it on a run rate of well over $100 million.

Ionel says that the revenue split is about 50/50 when it comes to the assets it bought from Docker and rebranded as Mirantis — including Docker Enterprise Engine, Docker Trusted Registry, Docker Unified Control Plane and Docker CLI — and the cloud platform tools all built on Kuberentes that the company had prior to that purchase. It’s worth noting that it also purchased Lens in 2020, an IDE (integrated development environment) designed specifically for Kubernetes, and that also helped.

But essentially both Docker and Mirantis came in at $50 million ARR in terms of what Docker was able to create on its own after selling the enterprise product, and what Mirantis turned those Docker enterprise assets into. It’s a rare deal that matches up so well for both parties two years after it happened, but Ionel says he certainly couldn’t have known that at the time.

“It’s been a fantastic journey, an unbelievable journey. It started with signing the deal in November 2019. But it was far from clear to everybody at the time how this was going to work out,” he said. For starters, it created some confusion for customers about what the acquisition meant for the future of the company, but he says that it didn’t take long for them to see the vision the company had for the combined product sets.

“It turned out that people very, very quickly understood what our shared product vision was, and how we were creating a new company and I think this is the key theme. It’s really not just about Mirantis acquiring Docker Enterprise. It’s much more about us building a company that leverages the assets of both companies and emerging as a fresh and stronger company,” Ionel explained.

The board also debated the merits of buying these assets. “It was heavily debated in our board prior to the acquisition, as you can imagine, because a lot of acquisitions can go wrong, but it’s been super successful. It’s added tremendous shareholder value. It’s been definitely a fantastic bet for us that really accelerated our journey with Kubernetes and into the future,” he said.

It wasn’t all smooth sailing, though, after the deal closed. It began with laying off 40% of the company it had acquired, which Ionel acknowledged was a painful way to start. But by consolidating engineering and some other business functions under one umbrella, the company was able to save money that would lead to its eventual success.

Ionel reports that Mirantis has been cashflow positive for the past two years, generating over $19 million in cash in that time. It expanded relationships with 300 customers in place at the time of the merger, including Apple, Visa and Booking.com, while adding 100 new ones along the way.

Overall, Ionel couldn’t have hoped for a better outcome than he got from the Docker Enterprise deal. “It’s been a fantastic journey, challenging at times because we did have to restructure the Docker Enterprise business, but we did it quickly and decisively and I think successfully and the net result is that we have a thriving business on our hands now.”